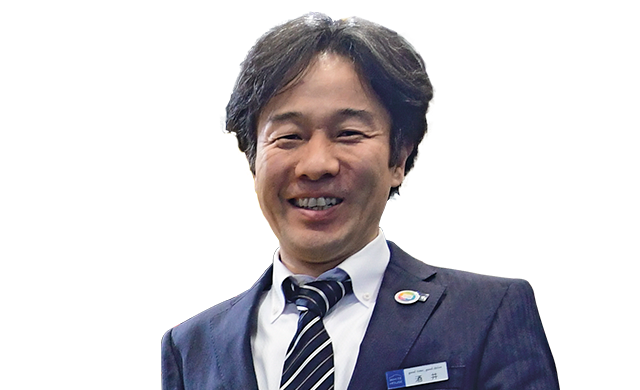 We met Mr. Yujiro Sakai Director of White House Camper Division, the company that developed and introduced the Kei-Camper Segment to the Japanese RV Market.

Aboutcamp BtoB: Please tell our readers about White House; how did it started?
Yujiro Sakai: White House is a company that started in the mid-70’s as a used car dealer. These days, our company has over 40 dealer locations which sell mostly foreign passenger car brands and also motorcycles. The Camper Division had it start when Mr. Kimura, the current President, went to the US to learn about camping cars, camping lifestyle, etc. in the late 80’s. Renting and traveling in an RV plus even working part time for a RV manufacturer gave him an excellent look into a market which was in its infancy in Japan. Back then, his older brother was already managing the car dealership and when Mr. Kimura came back, as the first step, they started to import the Westfalia in 1988. This is actually the beginning of the Camper Division as we know it.
In the early ‘90s, Japan was a difficult market, the Japanese RV industry was small and RVing was unknown to the population. Additionally, the price of Westfalia was simply too high so, they didn’t sell many. As Whitehouse was also a Honda dealer, they considered building something like the Westfalia, but using a mini van. Around the same timing, in the mid-90’s, Mazda released the Mazda Bongo Friendee which featured a pop-up roof. This vehicle enjoyed significant popularity in Japan, so Mr Kimura decided to make a kit for a Honda mini-van and thus started to produce these small camping cars. Thanks to moderate price, they were able to successfully start selling in 1996.
In addition to the mini-van segment, Mr. Kimura and I decided to also challenge making an RV in the kei-car segment. Unfortunately, during those years, the kei-segment consisted of very cheap vehicles with poor design. Despite fearing that the resulting design would turn out insufficient to gain end-user interest; we challenged the project and developed the first kei-camper.
When we revealed our product the RV show, the other RV manufacturers laughed at it, as they judged that it was too compact, too small and nobody would want to buy it. Soon we proved everybody wrong, as reaction from the public was very positive and although we didn’t sell a huge volume at the first show, it was ample to allow us to go forward. We offered the concept, not as a family RV or even a two person RV; but more like a hobby car; targeting fishermen, bikers or campers, in many cases single persons who wanted to enjoy their outdoor hobbies became our customers. Thanks to this success, we managed to add another segment to the market, a segment that couldn’t be ignored also by those who had laughed at us. 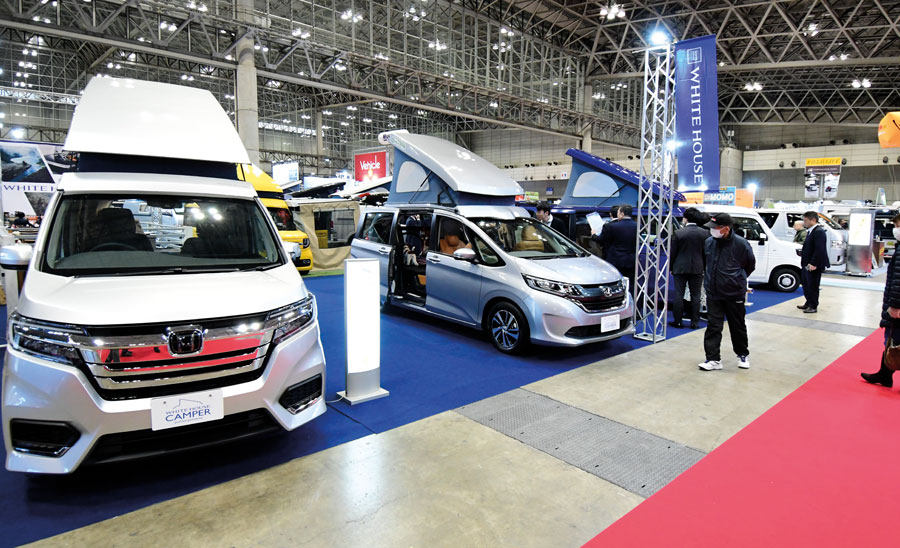 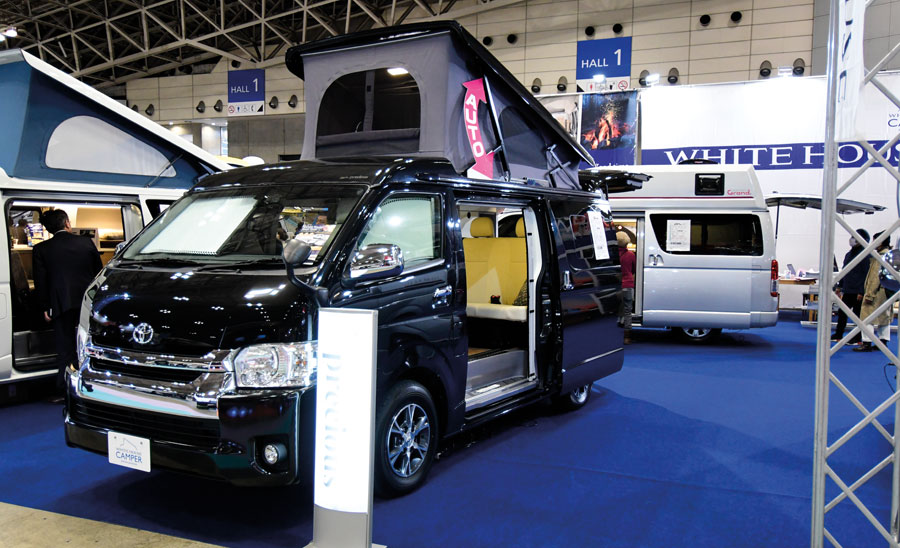 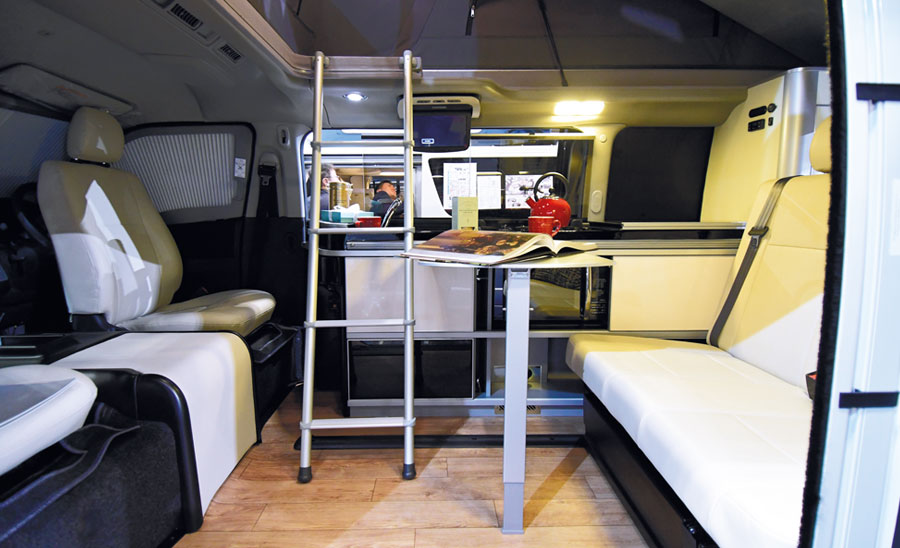 Aboutcamp BtoB: What about competitors then?
Yujiro Sakai: The kei-camper segment has gone through two periods of expansion. The first one, mentioned above happened in 2000 and we were selling about 200 vehicles per year which represented about 50% of our total volume. My estimate for the total market in those days was around 400-500 vehicles, so we were definitely the market leader. As we had only one model with one layout, we could just “print” the car which was great for efficiency and profitability. As other competitors came into this segment, our volumes somewhat declined, but recently recovered to similar levels due to overall market growth.

Aboutcamp BtoB: Why would people prefer kei camper, when the difference of price is not so high from a normal camper?
Yujiro Sakai: When the competitors initially entered this segment, the segment was flooded with very cheap cars with limited function and options to keep costs at minimum. We decided that this was not our strategy because we had high production capability and the know-how to make more complicated, better looking cars. Due to this, we decided to make premium versions of the kei-camper, differentiating ourselves from the rest of the field. This makes our kei offering somewhat premium.
Additionally, actually, 90% of the kei-camper owners are men who enjoy a hobby by themselves. The efficient design allows storage of various equipment for their hobbies, while also providing a sleeping area. These kinds of people tend to spend a lot of money on their hobbies, so they are also willing to pay a premium for a car that answers their needs.
Additionally, there are actually a lot of benefits to owning kei-car which are unrelated to RVing. These include lower vehicle taxes, highway tolls (all highways are toll in Japan) and ferry costs, so comparing to Hiace ownership, not only the purchase price, but also the running costs are higher. 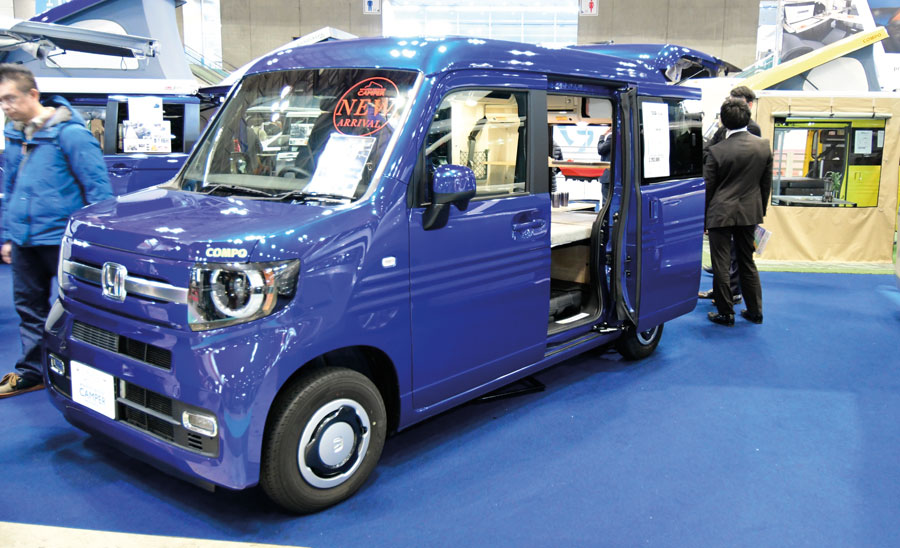 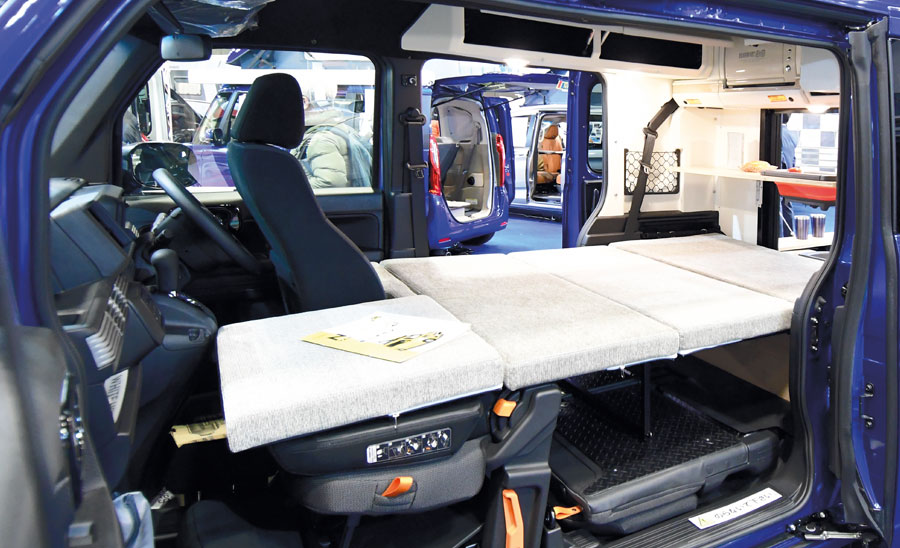 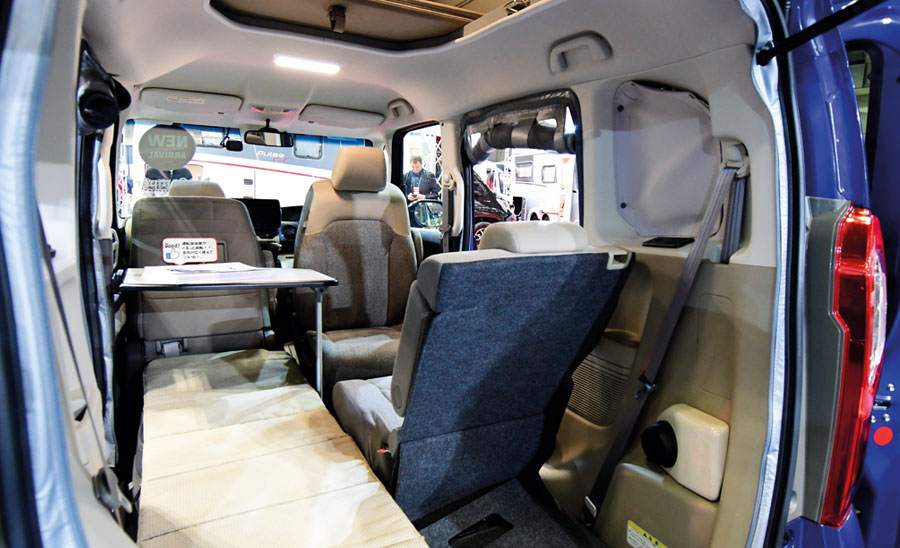 Aboutcamp BtoB: Do these people use kei campers as normal cars for the daily life?
Yujiro Sakai: Many of our customers actually also have a car for daily use. In many cases in Japan, husbands and wives tend to live quite separate lives after the kids leave or after retirement, so in some cases men buy this car for their hobbies.

Aboutcamp BtoB: We think that, in Japan, you take many hints from Europeans about the RVing story and innovations, but Europeans should learn how to miniaturize and make small vehicles from the Japanese.
Yujiro Sakai: In Europe, there are now more and more vans being sold, so I feel this segment is seeing a lot of attention from manufacturers. It will be interesting to see what trends and innovations will develop in this segment. Japanese are always very focused on convenience and efficient use of space, so I think that both markets can learn much from each another.