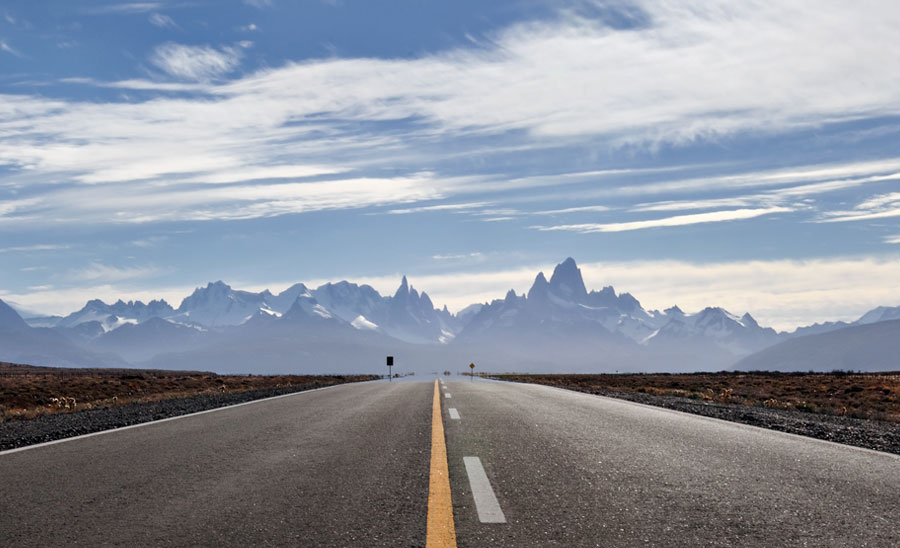 The data shows that just before the pandemic, the motorhome market saw a significant increase compared to previous years, a trend that was particularly noticeable in countries such as Argentina and Brazil

Even in Latin America, against all odds, the recreational vehicle market has increased. The pandemic was a cause of this sudden new trend in open-air tourism, driven by the most significant countries of Argentina and Brazil. Travelling in an RV for a few weeks of holiday offers that condition now in demand and recommended by experts: social distancing – a trend that follows what has happened in some European countries.
Travelling aboard an RV guarantees greater safety for the family: social distance can be maintained and the hygiene of the surfaces and objects they touch is under control. The economic factors of choosing an RV have taken a back seat, while the reasons for making the decision to drive a camper are increasing; in the case of Brazil, according to some market studies, the saving of costs of an overnight stay in a hotel when compared to renting a motorhome, fluctuates between 25% and 35%. However, it is still early to say if we are facing a turning point in the motorhome market, or if it is just a temporary condition.
The trend seems to be clear now, particularly in countries such as Argentina and Brazil where most of the recreational vehicle market focuses on van conversions, followed by motorhomes, caravans and pick-up units.
In other Latin American countries, after careful research and contacting manufacturers such as Sicsa (Mexico), Camper Travel and Kunstmann Outdoors (Chile), Interno Campers (Peru) and TerraAventura (Uruguay), we found that demand and offers of recreational vehicles have not yet reached a level of a real market in conventional terms.

Brazil
There are two main areas visited by Brazilian campers. One is the Serra do Rio Rastro, a mountainous area located in the southeast of the federal state of Santa Catarina, in the south of Brazil. Along the SC438 road you can see memorable landscapes for hundreds and hundreds of kilometres, while the SC390, also known by the nickname of “carretera asombrosa”, which means the “spectacular road”, lets you understand the beauty of nature. Another itinerary that will remain forever in the memories of any tourist who also likes history, is the “Estrada Real”, a 1,600 km route traced by the Portuguese in the 17th century. A road that connects the states of Minas Gerais, Rio de Janeiro and San Paolo. Three cities that still cover an indisputable importance in South America. 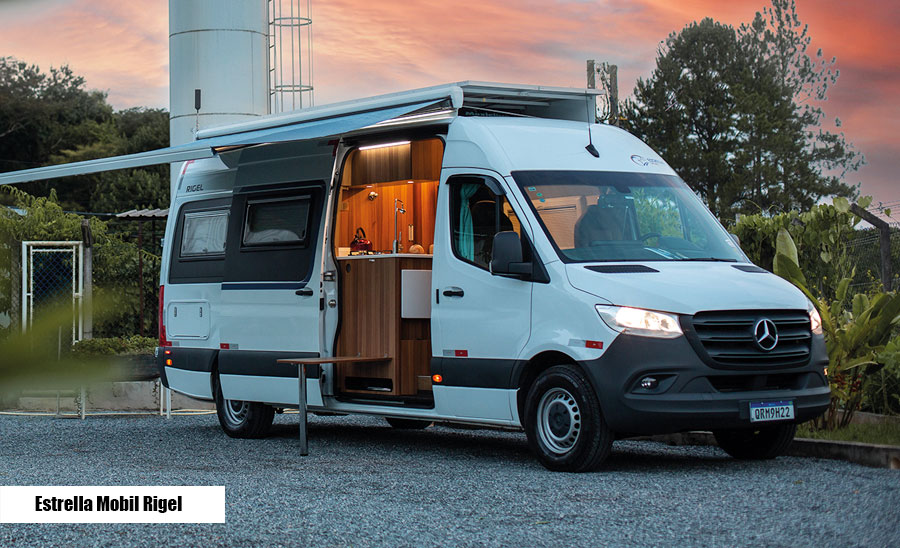 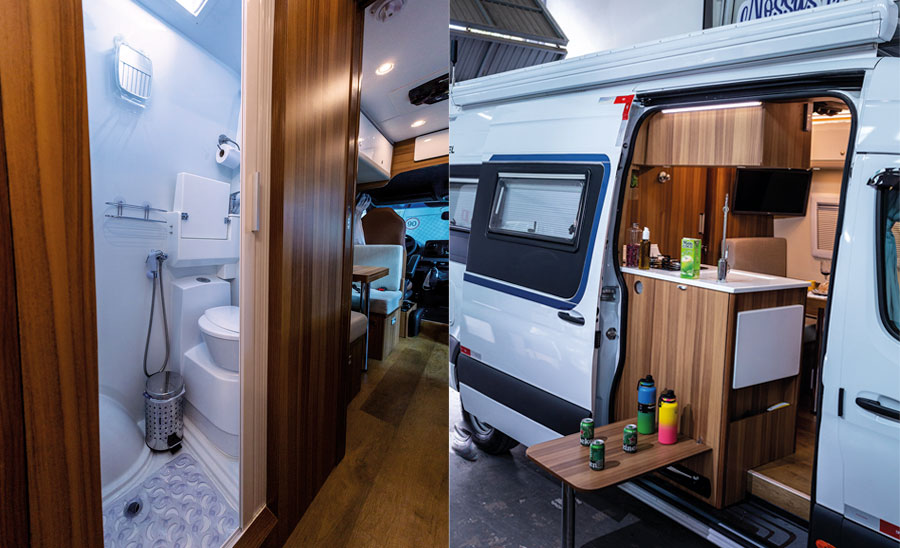 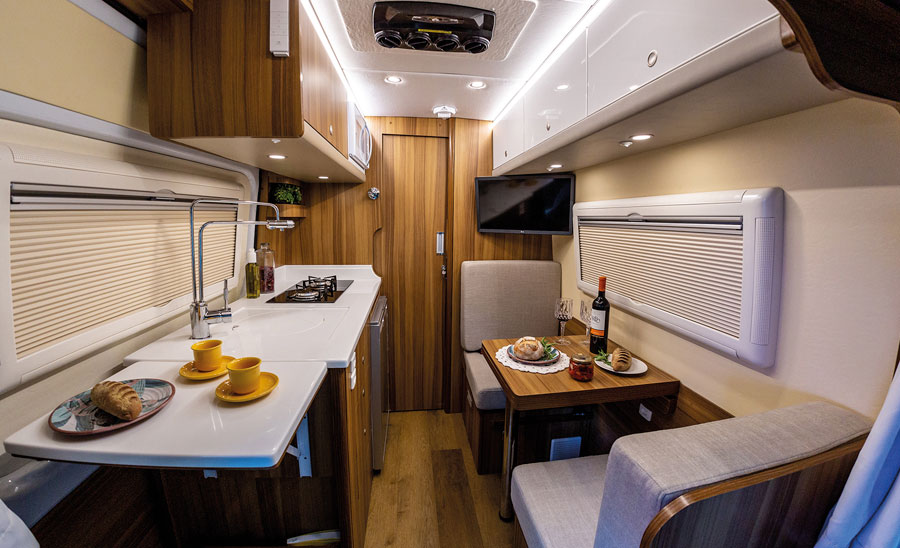 In 2020, the recreational vehicle market in Brazil showed expansion, although in reality the first signs had already been glimpsed at the end of 2018 when the annual turnover of new vehicles had reached €12 million. Estrella Mobil, one of the largest motorhome manufacturers in Brazil, has seen growth of 80% in the last year. Contrary to expectations during the pandemic, the public saw that traveling by motorhome was a viable alternative and offers many benefits.
Another major Brazilian manufacturer, such as Grupo FAN, which was just founded in 2019, has confirmed an increase in demand for its Legend brand of motorhomes from two to six vehicles sold per month.
In recent years, the range of campers has evolved a lot, especially in the category of vans built on the basis of the Renault Master, Mercedes Sprinter and Iveco Daily. These craftsmen also manufacture excellent semi-integrated and living units to be mounted on pick-ups, for the pleasure of the most adventurous travellers.
The most important association in Brazil for open air tourism, Macamp (www.macamp.com.br, also available in an App), provides its members with a large amount of information on over 4,000 campsites and areas available throughout the country, independently from sports or recreational activities, as well as a section with advice and a forum for those campers who want to enter this world. In the portal you can also find offers of accessories and a market of used motorhomes.
The association also organizes the Motorhome Expo, which for obvious reasons last year was suspended and rescheduled from 9 to 12 December this year. According to the organizers of this fair, the growth of the sector in Brazil is expected to be 15%.
The most important manufacturers, whom we were able to contact for a short interview, clearly confirmed that orders are on the rise.
Bruna Nunes is the press office manager of Estrella Mobil Motorhome in Sao Paulo, a company with 20 years of experience that has found inspiration from the European market, as stated by engineer Julio Lemos.
After two years of research on construction technologies, in 2018 the company produced its first motorhome, the Rigel model, based on a Mercedes-Benz Sprinter. In 2019 the second model, Hadar, was born, this time based on a Renault Master.
“In 2020 we sold 20 vans,” says Bruna Nunes, “and launched the third model, the Capela, a semi-integrated based on the Mercedes-Benz and Iveco Daily, but we also got our hands on the new line of special vehicles such as the Mercedes-Benz Unimog 4×4 and 6×4. This year we have already launched the fourth model, called Comet, based on the Citroën Jumpy van. Based on our forecasts and the enquiries received to date, we will sell 50 units, and in 2022 we will reach 120”.
In Brazil, the recreational vehicle market is mostly made up of campervans which people prefer for three reasons: good performance, rear-wheel drive (most vehicles use rear-wheel drive) and also because there are many service centres throughout the Brazilian territory. 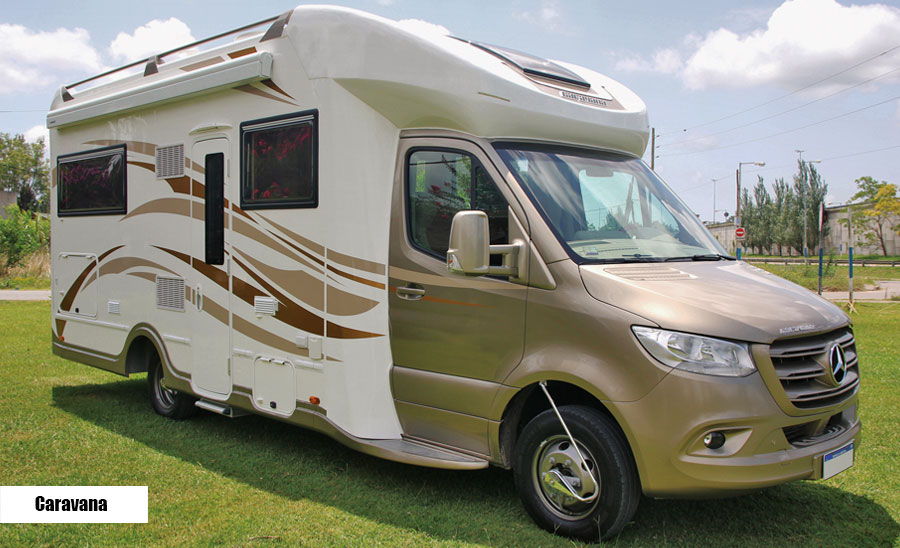 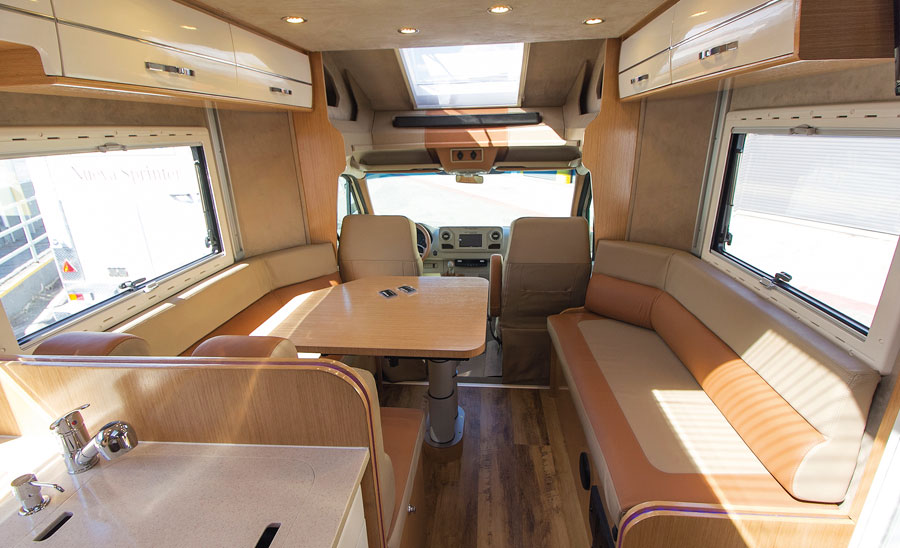 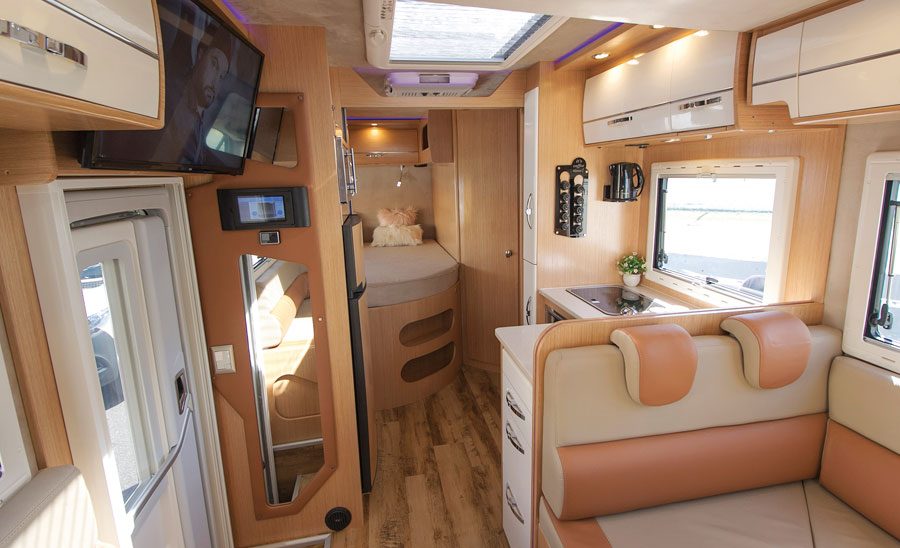 “As for the Iveco Daily mechanical base, unfortunately, it is little used in Brazil,” continues Bruna Nunes “but we do not exclude that in the short term future we could create new models with the Italian manufacturer,” he continued.
For interior furnishings, Estrella Mobil technicians refer to European design and use marine eco-leather, marine multilaminate and vinyl flooring as materials. The imported accessories are also from Europe: Dometic and Webasto are the main suppliers. 97% of the vans are Mercedes Benz Sprinters. On average, the final price of an Estrella campervan is around €56,400 which includes the value of the equipped vehicle, but for smaller ones, prices start at €26,700 depending on the model of van and specification.
Another major Brazilian RV manufacturer, Global Custom Motorhome of Uberlandia (Minas Gerais region), reported the same positive experience: in 2020, it sold 30 motorhomes and by 2021 it will increase to 50. Customers request a vehicle that is able to tackle difficult roads and is easy to drive, which is why the choice falls on camper vans. The furniture is all designed and manufactured using the experience of the Brazilian company itself, using lightweight and high quality local materials, while the support structure is made of aluminium. The dinette is upholstered in premium quality leather and the accessories are all Brazilian-made and suitable for a 12 V system: the refrigerators are the Consul brand, the kitchens are Venax and the air conditioner is LG with smart inverter, wiring and inverters. The price range varies between €22,500 and €77,500 for the top version.

Argentina
With a 2.8 million km² surface area (eight times the size of Germany), this South American country offers an enviable variety of landscapes, from farmhouses in the Rioja countryside of the North West, to the Iguazu Falls shared with Brazil, to the torrid but historical expanses of northern Tucuman that witnessed the birth of the Argentine republic.
There is also the famous “Ruta 40” that runs along the Andes mountain chain connecting the town of Capo Virgenes to the far south, ending after 5194 kms in the arid lands on the border with Bolivia.
A second tourist favourite starts from the city of Buenos Aires and opens towards the south, with the Atlantic coast and over 1200 kms of beaches, with various types of campsites and different rates. 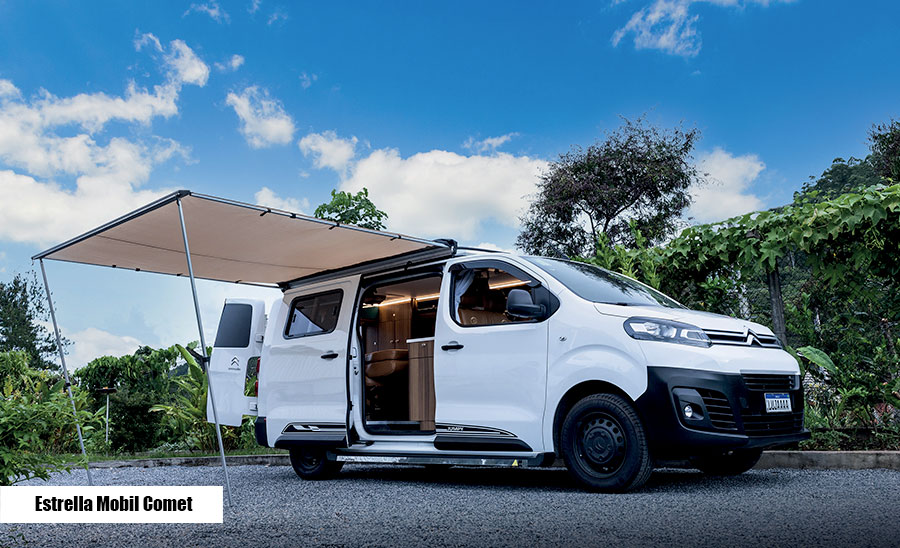 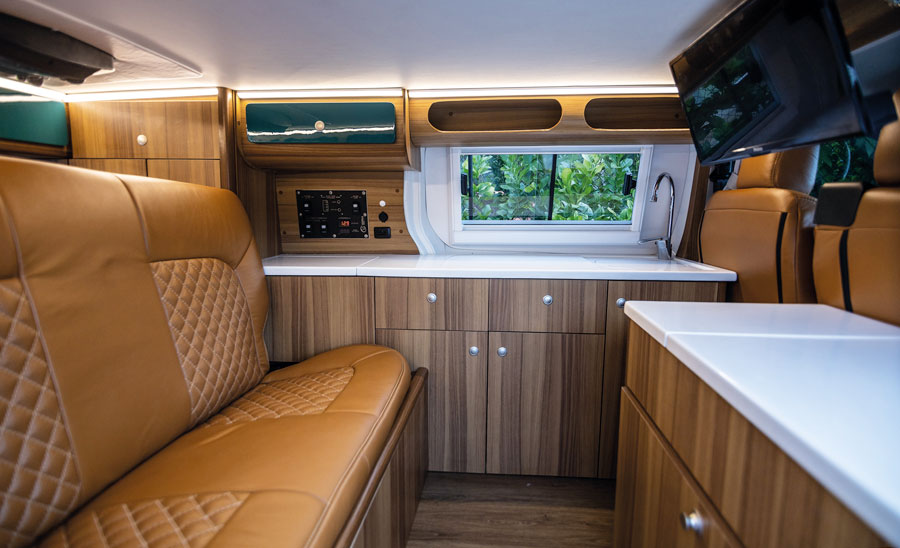 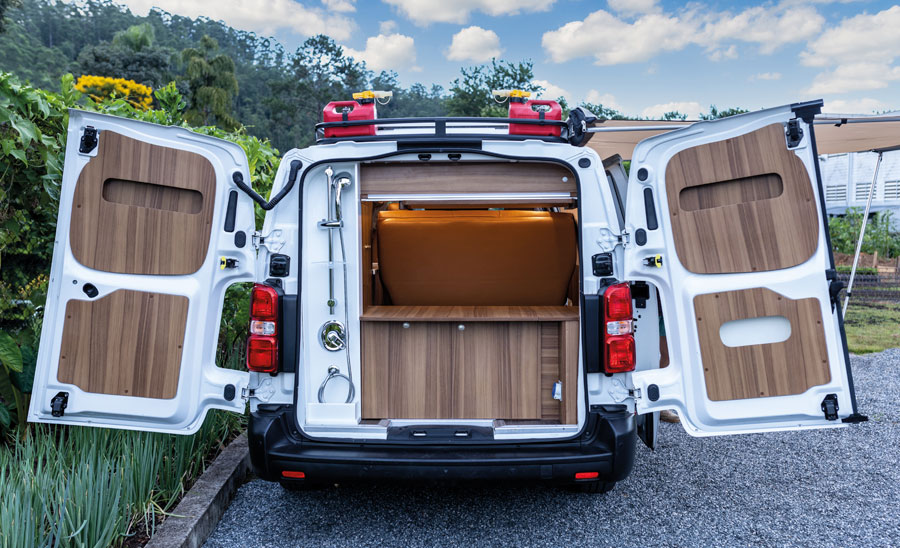 However, for any European camper, Patagonia is undoubtedly the most loved region, starting with the temperate climate and ending with the incredible natural landscapes enriched in some places by German and English architecture.
In Argentina, the recreational vehicle market does not yet have a consolidated audience, but in the last year, there has been interest from people who bought a camper or caravan on the e-commerce portal “Mercado Libre”: this confirmed a sharp increase in the number of purchases of recreational vehicles, +50% compared to the same month of the previous year.
AICACYP, one of the major associations created in 1939, offers a wide range of information in its portal of the numerous activities available on some of the campsites: from sport fishing, trekking, quad excursions, archery and so on. It is a very professional institution, which takes care of organizing the “Expo Aicacyp Aire Libre” fair every year, including an area reserved for recreational vehicles in its pavilions. Unfortunately, for the first time in 20 years, the fair was suspended due to the pandemic and the 22nd edition will take place in September 2022.
Towards the end of 2019, to open the campervan market in Argentina, there was a strong signal launched by FIAT, headed in Argentina by the brand manager Fabricio Bondi. Thanks to a collaboration with the Buenos Aires Secretary for Tourism, they proposed to import the Fiat Ducato to build motorhomes, food trucks and minibuses, thanks to the local artisan workforce. But a few months after the vehicles were launched at the International Tourism Fair (FIT) in October 2019, the pandemic arrived in the city of Buenos Aires.
Miguel Silva, head of the FCA Group press office for Latin America, told our editorial staff said that at the moment the project is on stand-by pending the evolution of the situation.
The situation of the manufacturer, Caravana Motorhome, on the other hand, was different, as it was able to face this important challenge born from the new trend in the RV market.
It’s a company with 15 years of experience. Within a few years, it has been able to create RVs with international standards, with the help of major European partners. Its catalogue ranges from semi-integrated motorhomes to Mercedes Sprinter-based vans imported from Germany, while the living unit is built entirely in the Buenos Aires factory. 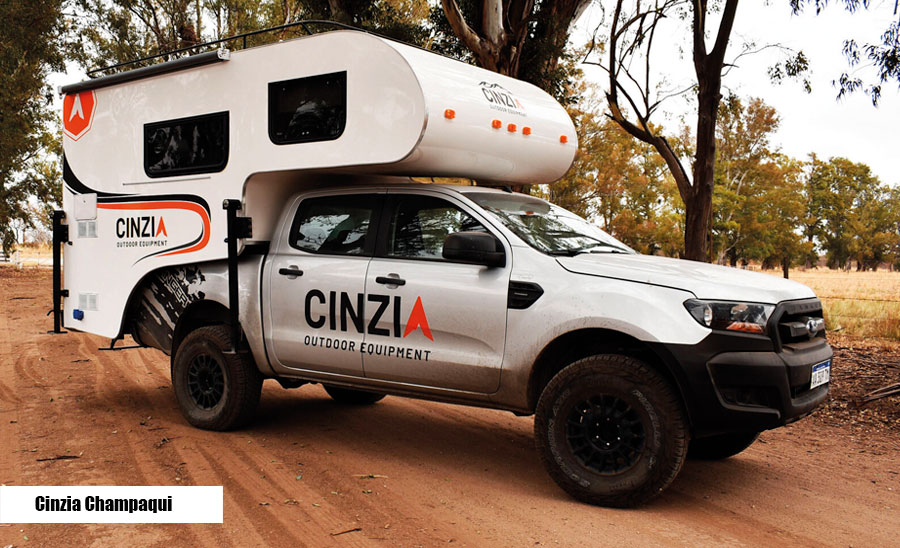 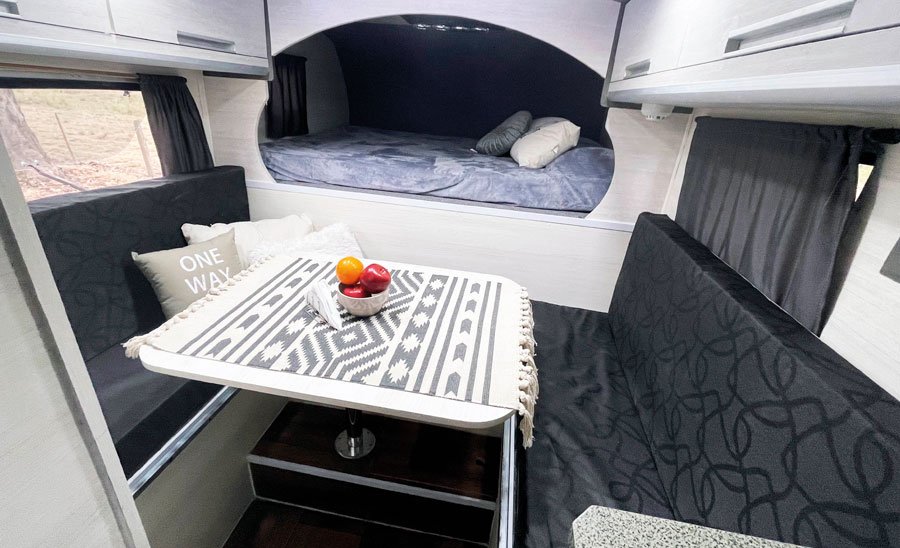 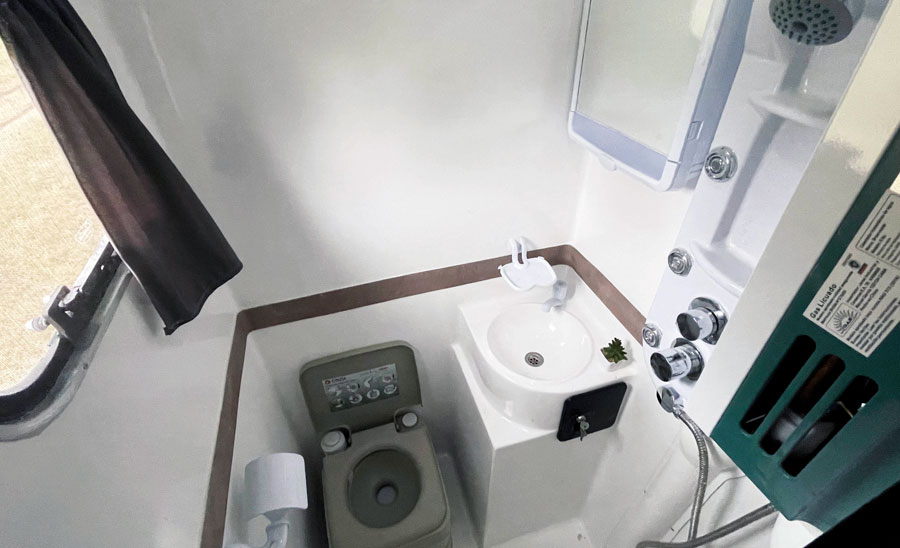 Since the start of the pandemic, Caravana Motorhome has seen a 500% increase in the sale of motorhomes. According to the data provided by the company, until 2019 the production was only 12 vehicles per year, while from 2020 it increased to 60 vehicles/year and orders have been confirmed until 2024. These are small numbers when compared with other markets, but they are data that in the current Latin American economic context show a positive trend in the recreational vehicle sector. About 99 % of Caravana Motorhome’s production focuses on over cab motorhomes and the rest are vans. Most of the components such as windows, rooflights, doors and air conditioners are imported, supplied by Dometic. While for the heating system they rely on Webasto and the American TMC system is used for the bathrooms. As for vehicle prices, campervans start at €55,000 and reach €75,000, while over cabs start at €80,000 for the basic version and reach €100,000 for the most equipped version.
A very similar situation is presented by the Argentine manufacturer, Royal Home, which has its roots further back in time, having started the business in 1978.
“Last year there was a strong increase in the demand for our motorhomes,” says Jesica Masi, partner of the company, “and this year the trend will continue due to the pandemic,” she added.
In this case the base vehicle used is the Mercedes-Benz Sprinter 516. The whole living accommodation is made with a monocoque structure in reinforced plastic and fibreglass, and the 60 mm thick laminated floor structure offers excellent thermal and acoustic insulation. The other common denominator is the accessories, which are also by Dometic and include a refrigerator, a boiler, the heating system, windows and rear cameras. Inside there are two separate beds or a double bed in the back, the bathroom and the shower in front of the kitchen. The living room consists of a sofa and table while the two swivel seats in the cabin complete the living area. 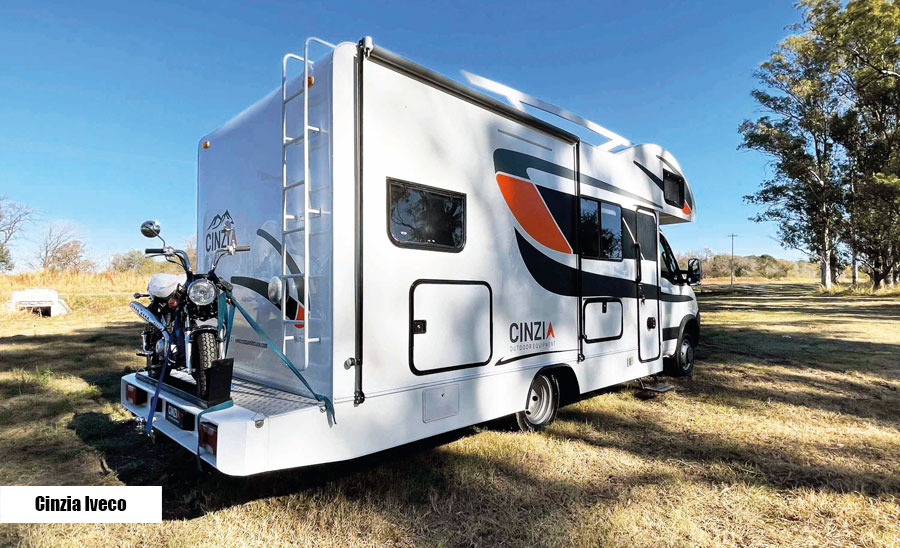 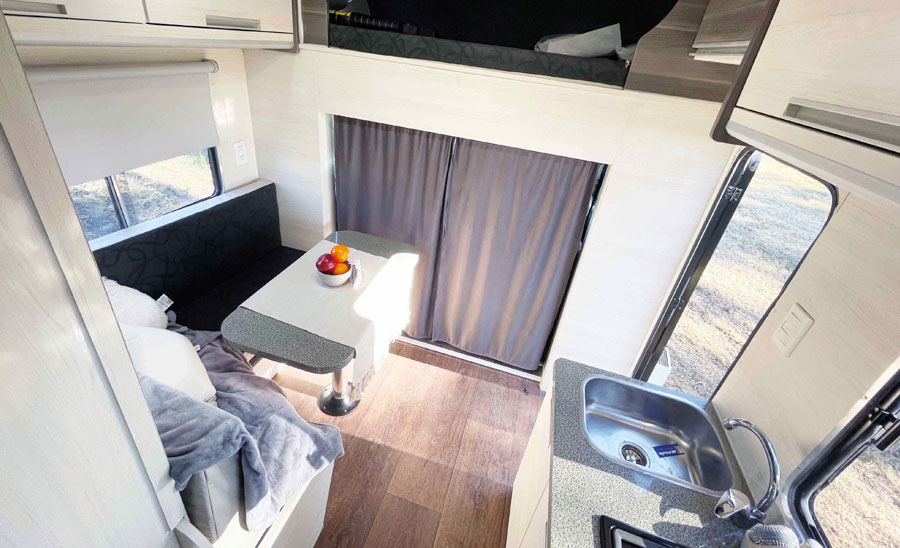 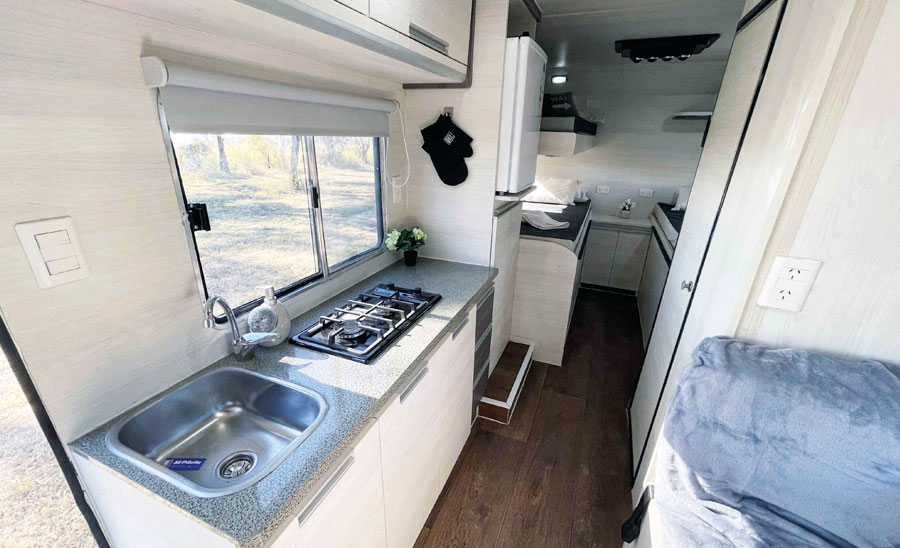