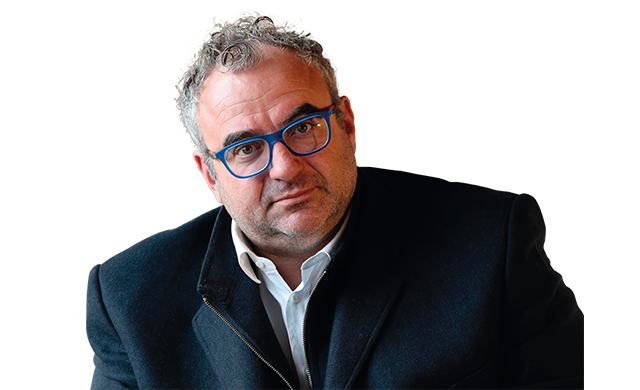 Aboutcamp BtoB: What action has the APC taken to improve the image of motorhomes and to promote this type of holiday in Italy?
Simone Niccolai: The main mission of the APC is promoting tourism and RV reception facilities which, unfortunately, in our country are still a long way from meeting European standards. We have implemented several measures in recent years, ranging from press and TV advertising campaigns, to campaigns to promote motorhome parking areas, such as the “Bando ai Comuni del Turismo in Libertà” which celebrates its 17th anniversary this year and with four municipalities receiving awards for building rest areas. Last but not least, it is worth mentioning the partnership that binds us to Fiere di Parma for Salone del Camper implementation, the second most popular European exhibition by visitor numbers.

Aboutcamp BtoB: Based on production and domestic sales, what is Italy’s situation today?
Simone Niccolai: In Italy, we have been witnessing a constant growth in motorhomes and van registrations for some time. This year has confirmed the current trend for sales growth, which in October was + 18.5% compared to the previous year: all bodes well for a strong recovery at the end of 2017. With 85% of production being exported, production has actually boosted the recovery of companies in the industry, which these days are mostly concentrated in the so-called “Italian caravan valley” between Florence and Siena which employs around 5,500 people.

Aboutcamp BtoB: Since the crisis, all markets have grown, some considerably: why is Italy still falling behind?
Simone Niccolai: Even for our sector, the reason for Italy’s position is the general difficulty of Government policy responding adequately to the general recovery, which it also perceived in buyers and industries’ optimism index. Consumer credit is still difficult to obtain, so we can understand the difficulties of trying to increase sales further in Italy. Aboutcamp BtoB: What were the reasons for the crisis? Can we can say we have overcome them yet? Simone Niccolai: Generally speaking, the major world economic crisis have also contaminated our country. I think it will take some time to overcome this crisis. However, even if we look back on our market, we see that the new and used market has never dropped may be a sector that grows and develops faster than others.

Aboutcamp BtoB: Compared to the situation of overproduction in previous years, we have now experienced a shortage of products: does this slow down sales? How can we get out of this situation?
Simone Niccolai: Companies associated to APC are moving quickly and making huge investments to increase production to meet the demand from Europe. However, some did not pay attention to changes in demand changes so were too late to increase production in time.

Aboutcamp BtoB: Unlike Germany, France and Great Britain, in Italy we only build motorhomes: caravan production in Italy is negligible, and even sales are extremely scarce. Is this acceptable?
Simone Niccolai: In this case, we must speak of demand instead of production. Unlike other countries, in Italy a caravan has always been considered as a permanent “second house” rather than for touring. This has resulted in such low demand that investment in producing them is not feasible.

Aboutcamp BtoB: In terms of products, until a few years ago, Italy was the land of overcab motorhomes, while today this type has become notably less popular. By contrast, the van market is growing, both in relation to Italian production and imports. Is this a temporary situation or has market actually changed? And, if so, why?
Simone Niccolai: Well, regarding overcabs vs lows profiles and vans, we may offer two hypotheses: the decrease of family sizes means they do no need so much space in motorhomes, and because in many younger families, a van is more practical and functional as it may replace the second car or even be the family’s only vehicle.

Aboutcamp BtoB: Next year the two national trade fairs in Italy will be held in Parma: why have you made this choice?
Simone Niccolai: Yes, there will be two national trade fairs in Italy. The first is the “Salone del Camper” which is by the partnership with Fiere di Parma and the APC as an international fair and is the second largest trade fair in Europe after the Dusseldorf Caravan Salon. The second is the “Tourism & Outdoor, Camper, Destinations and Sport” show, which is a unique event in Italy, and has a different emphasis as it is dedicated to tourism, outdoor sports, recreational vehicles and all accessories used for these.

Aboutcamp BtoB: Will local, regional trade fairs still make sense after the start of the second national fair in February?
Simone Niccolai: We can only talk about the “Tourism & Outdoor” show which the APC considers as a crucial spring-time opportunity for sport, tourism and motorhome lovers as it brings these three worlds together with a common interest. Let’s not forget that about 40% of visitors to the Salone del Camper show do not own a recreational vehicle, but claim that they participate in sports and seek sustainable tourism.

Aboutcamp BtoB: How important is the rental market in Italy?
Simone Niccolai: Rental is a growing phenomenon and data at the end of 2016 shows it has grown by +19% compared to the previous year. This trend also seems to be confirmed for 2017, reflecting a strong preference towards using this option, which has also been seen in other sectors. Besides, this trend is important because it gives new users the opportunity to try this type of holiday and hopefully consider buying a motorhome in the future.