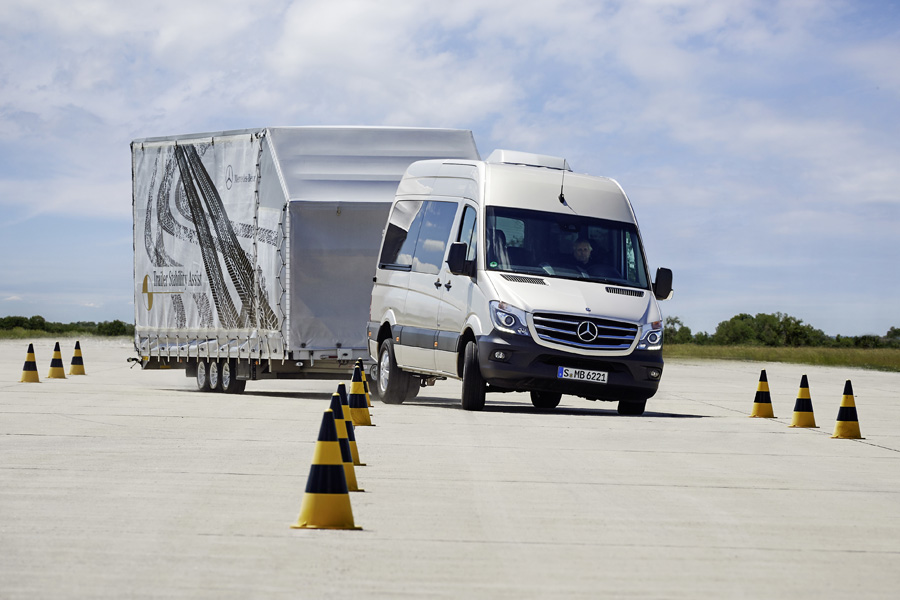 The gap between car and motorhome’s world is obvious, especially if we consider the safety factor: recreational vehicles’ standard equipment includes only a few devices suited to reduce risk of accidents and consequences deriving therefrom, let alone the poor attention paid to body construction and furnishing. Is there a potential for a positive change in the next future?

ABS ►Anti-Lock Braking System – prevents the wheels from locking up while braking, thus allowing the driver to steer away from an obstacle.

EBD/EBV ►Electronic Brakeforce Distribution – electronically varies the braking pressure applied to the wheels preventing the rear wheels, which carries the less weight, from locking up and causing a skid.

Hill-Holder ►Start-up assist device: makes it easier to start up hills by preventing the vehicle from involuntarily rolling backward.

HDC ►Hill Descent Control: allows a smooth and controlled descent in rough terrain without the driver needing to touch the brake pedal. Just press a button and the vehicle will descend using ABS braking system to control each wheel speed. If the vehicle accelerates without driver input, the HDC will automatically apply brakes to slow down vehicle speed.

LDW ►Lane Departure Warning: is an active safety system suite to monitor road markings: if the vehicle is about to leave its current lane due to driver’s distraction, the device, by means of a camera detecting lane markings position, warns the driver with a sound alarm or steering wheel vibration.

Cruise Control ►Also known as Tempomat, is a device that allows speed electronic adjustment and, consequently, its maintenance with no driver’s action needed. Latest-generation systems are Adaptive: they adapt to the speed of the vehicle ahead and keep the safety distance.

HBR ►High Beam Recognition: automatic high beam adjustment system. It detects the headlamp beams of oncoming traffic or the rear lights of vehicles in front, and switches the lighting from main beam to dipped beam in order to avoid driver’s blinding. This system is controlled by a monitor camera behind the windscreen that constantly monitors the surrounding area and the traffic in front of the vehicle. In the event of changes in the lighting conditions and depending on environment and traffic conditions, high beams are switched on/off. This allows ensuring the best road lighting, which is undoubtedly a significant comfort increase, especially during long-distance travels.

Anti-collision radar ►Collision Prevention Assist: system monitoring the distance from the vehicle ahead. If this is insufficient or the system detects a likely collision, it emits optical and acoustic signals and assists the driver in case of emergency braking, using Brake Assist device. Nowadays, the new technology frontier is CEBS.

CEBS ►City Emergency Braking System: automatic braking activating system (at speed between 5 and 30 km/h) using a laser sensor that detects the distance of vehicles ahead, whether or not in motion. If the distance is reduced and the system detects a collision risk, the device will automatically brake the vehicle, thus avoiding any possible collisions.

If a vehicle is detected in the blind spot a red triangle appears in the respective rearview mirror. If the driver operates the direction indicator despite this signal, the system emits an acoustic collision signal as well.

ESP/ESC ►Electronic Stability Program, also referred to as ESC (Electronic Stability Control), DSC (Dynamic stability control): system suited for controlling vehicle stability, which intervenes in skidding event, by adjusting engine power and apply braking to individual wheels with different intensity so as to re-stabilize its trim. When it comes to commercial vehicles, we talk about adaptive ESP, where the system adapts its action vehicle’s load and barycentre.

Crosswind Assist ►Side wind assist system allows the driver, by automatic braking, to maintain the vechicle stable, even with strong wind guts. 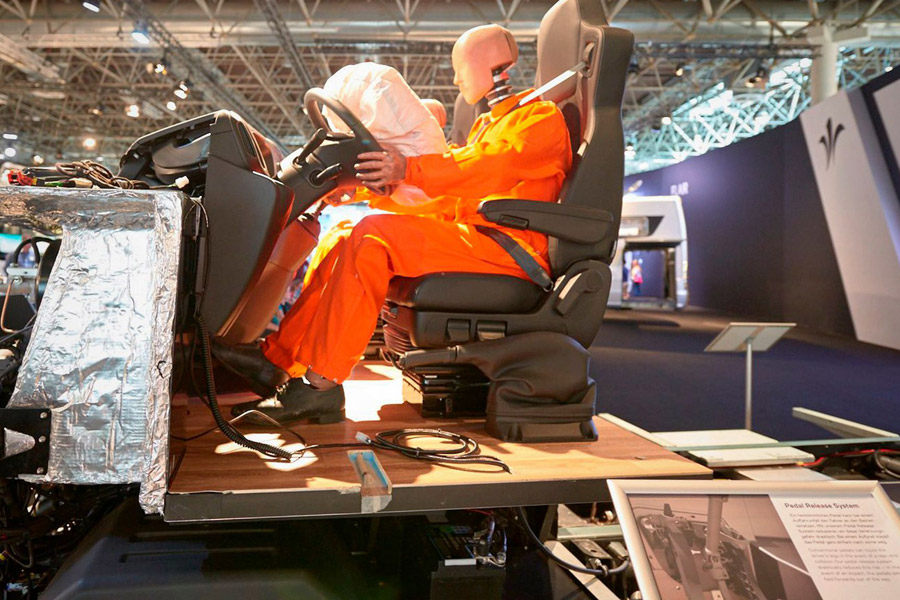 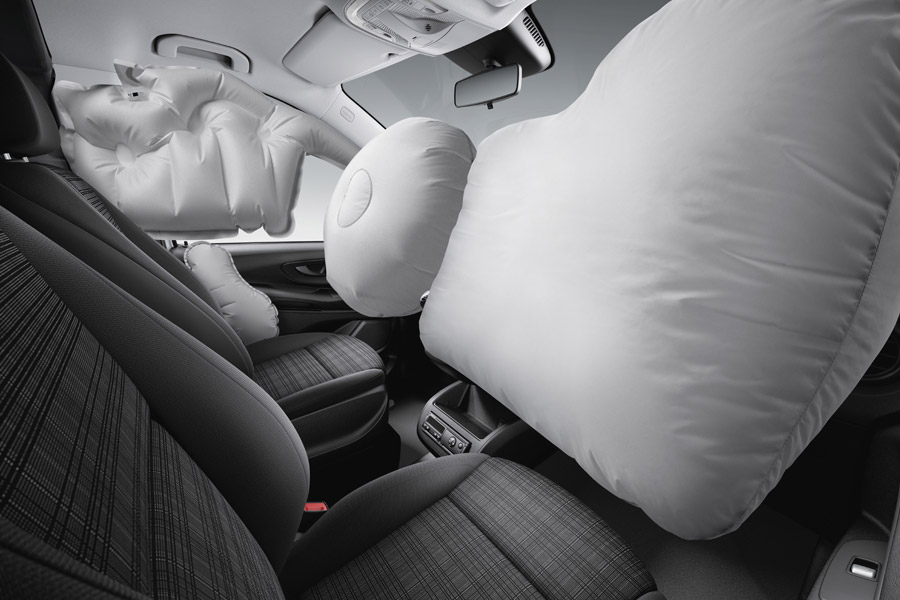 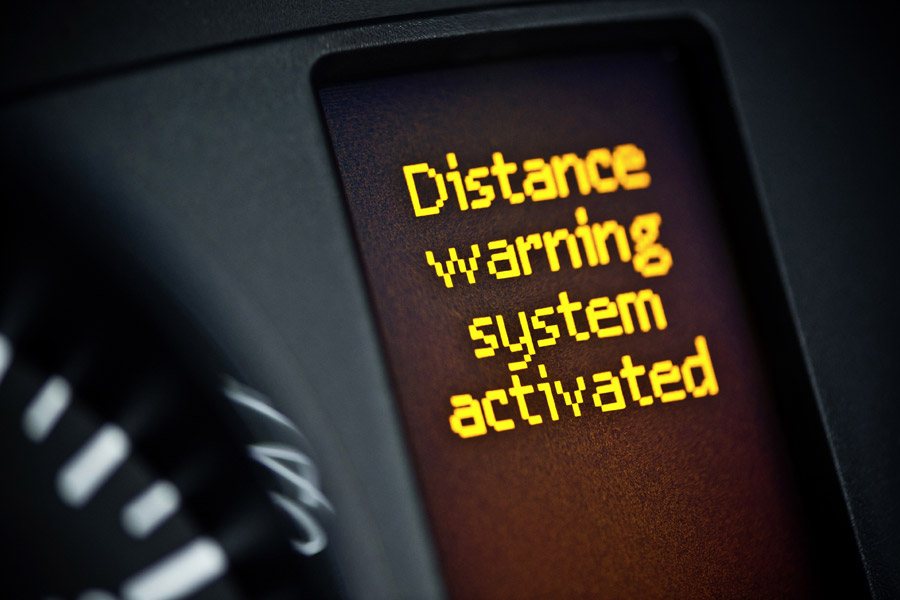 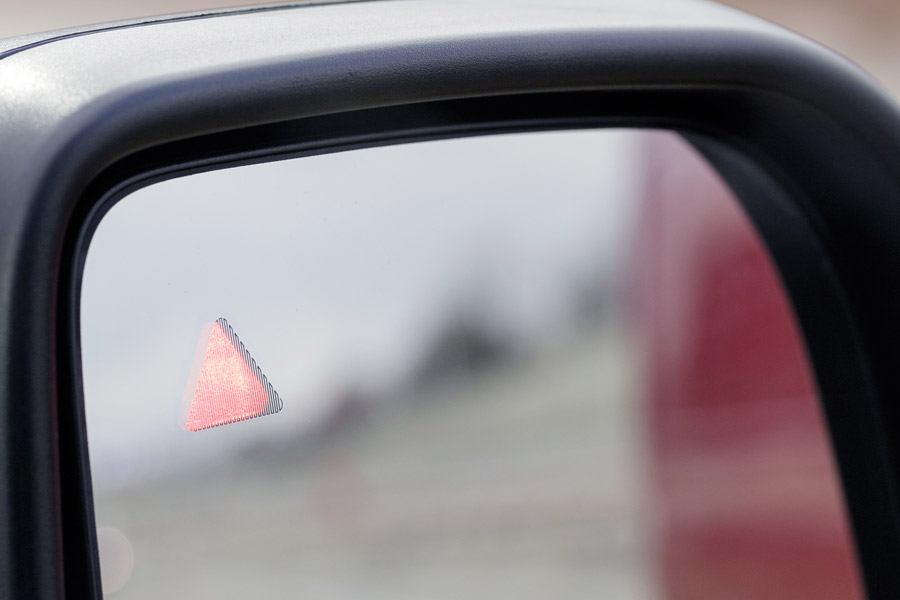 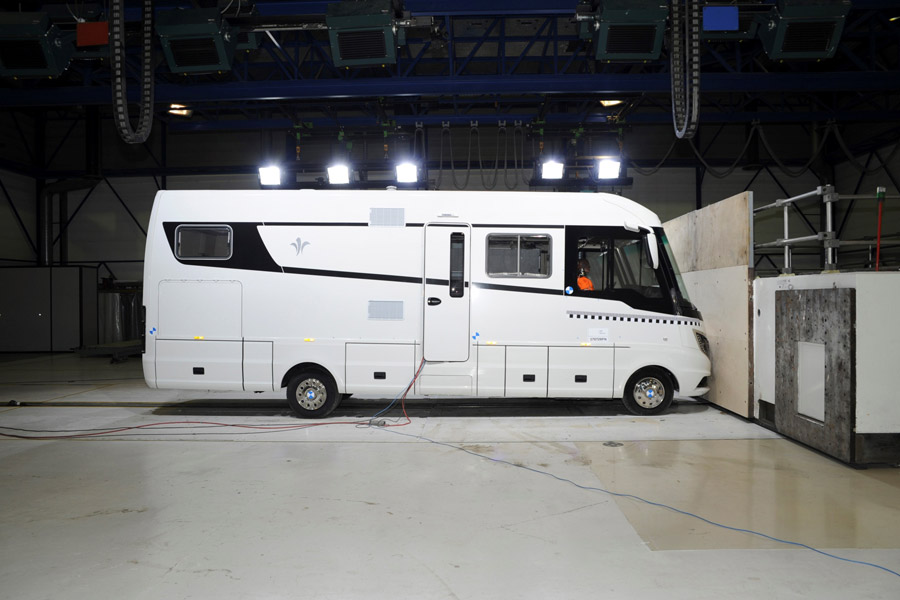