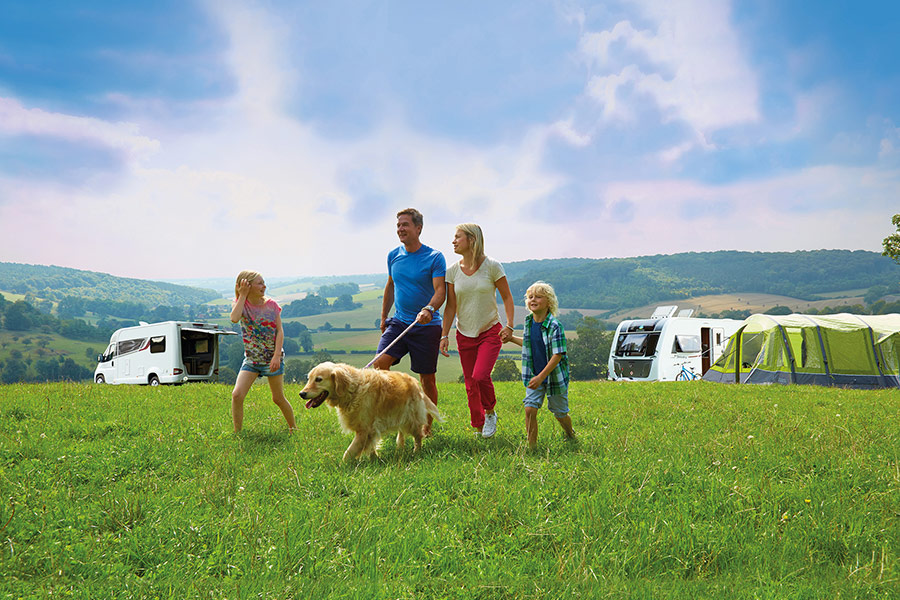 The English journalist Terry Owen takes us to the discovery of the UK market, the habits of British campers and their preferences.

The UK’s touring caravan market is the largest in Europe. According to figures from the European Caravan Federation (ECF) new registrations of touring caravans in the UK totalled 23,000 in 2015.This compares to 18,800 for Germany, the second largest market. When it comes to motor caravans it’s a somewhat different story with the UK coming in at number three behind Germany and France. ECF figures show that 10,572 new motorhomes were registered in the UK in 2015.

The market is currently buoyant and is expected to remain so for at least the next few months. As in mainland Europe, sales of motor caravans continue to increase faster than touring caravans. The UK industry’s trade body, the National Caravan Council (NCC), reported that, by the end of July 2016, new registrations from its member organisations were up 14.9% on 2015.

It would seem that this trend still has some way to go but Brexit and the falling value of the Pound are causing much uncertainty. Many components are bought in Euros or Dollars and price rises in the home market seem likely when forward exchange contracts expire. The Government has said it will trigger Article 50 by the end of March but even then there could be two years of hard negotiations before the dust settles. Despite the uncertainty, many of those who voted to stay, as well as those who voted to leave, remain positive about the future. It seems the record low interest rates are encouraging people to spend their savings and enjoy them whilst they can.
Another factor is the introduction of Personal Contract Plans (PCP’s) to the leisure market in September. Already well established in the car industry, these are expected to attract both new and younger people through the relatively low monthly payments they can offer.
The touring caravan market is dominated by the ‘big five’ manufacturers – Bailey, Coachman, Explorer, Lunar and Swift. Four of these also manufacture motorhomes and there are two dedicated motor caravan manufacturers namely Auto-Trail and Auto-Sleepers.
As well as manufacturing for the home market, these companies also export into other markets including mainland Europe, Asia, Australia and New Zealand. By so doing they can even out demand for their products. The low value of the Pound is a benefit here.
In addition to the companies mentioned above there is a plethora of much smaller camper van converters and specialist producers such as Gobur, who manufacture folding caravans.

As Brits like
In touring caravans the fixed island bed layout continues to dominate the market with twin fixed beds also popular. Four berth caravans top the best sellers although many are used as luxury two berths. Fixed bunk beds are in demand for those who wish to take children. Side dinettes are in decline whilst the demand for ‘L’ shaped lounges remains low. Luxury caravans sell particularly well, as do entry level models but those in between often struggle. The market is dominated by buyers over the age of 50 with many families unable to afford the cost of an RV on top of a mortgage and other commitments. Another factor influencing the touring caravan market is that the UK has a very large number of static holiday caravans for hire. These can provide a cheap family holiday for a one-off payment. Motor caravans have no clear winner in the layout stakes although island fixed beds models are well-liked. Many Brits are prepared to sacrifice the garage found on most continental models for extra internal space that can be generated. As you might expect rear bike racks are extremely popular. Indeed Swift fits bike rack mounting points as standard to all its touring products. UK campers tend to use their RV’s from Easter until the end of October with a significant proportion continuing throughout the winter months. The often inclement weather means owners spending much time in the vehicle so it needs to have as many creature comforts as possible. Ovens, microwaves and separate showers are high on the list, as are good lounging and dining facilities.
Campsites have responded to the demand by offering hard standings with 16 amp electrics and a significant number now stay open for much, if not all, of the year. Unlike mainland Europe there are very few facilities aimed at motor caravanners just wanting an overnight stay. This may explain why touring caravans currently outsell motor caravans by two to one. There however are some 4000 small sites, each catering for a maximum of five units, which can serve a similar purpose. The problem is they may just offer grass pitches and be some distance from shops and other services. With this in mind it’s quite common for public houses to offer a free overnight stay on their car park in return for the purchase of a meal.

Auto-Sleepers
In 1961 the Trevelyan family and their two young sons were looking for a family holiday with a difference. They built a motor caravan based on a Morris J2 van and the rest, as they say, is history. An improved version soon attracted the attention of a local dealer and the orders began to flood in. The Trevelyan family sold the business in 1997. Since then it has had a number of owners, including the Italian SEA group. In 2009 Auto-Sleeper directors Geoff Scott and Mike Crouch acquired 100% of Auto Sleeper Group. This includes Auto Sleeper and Marquis Retail, which acts as distributor for all SEA Group products within the UK. Manufacturing is undertaken at Willersey, a small village near Broadway in Worcestershire.

Coachman
Coachman was formed in 1986 by Jim Hibbs and George Kemp, both previous directors of ABI. They acquired a green-field site in Hull, where the production continues to this day. Coachman was acquired by the Explorer Group in 1997 but Jim and the management team bought it back in 2001. Situated in Hull, the company employs about 170 staff. In common with other manufacturers Coachman uses polyurethane in place of wood in areas vulnerable to water ingress as well as bonding to reduce the requirement for screws. Coachman is unusual in offering a five year manufacturer’s warranty in addition to up to ten years for water ingress and body delamination. Coachman has so far resisted any temptation to enter the motor caravan market. Keen to preserve skills for the future it is one of the few manufactures to have a formal apprenticeship scheme.

Auto-Trail
In 1982 Auto-Trail was already established as a caravan repair business when owners Bill Boasman and Barry Holmes decided to have a go at designing and building their own coachbuilt motorhome. Since then the company has gone from strength to strength.
It was bought by the Trigano Group in 1999 and remains with them today. In 2003 Auto-Trail moved to a new purpose built factory within Europarc at Grimsby. In 2016 work commenced on a 5,500 sq m factory expansion that will give Auto-Trail a production capacity in excess of 3,000 motor caravans per year.

Bailey
Founded as FG Bailey Ltd in Bristol in 1948 the company was sold to brothers Patrick and Stephen Howard in 1977. Bailey was the first UK manufacturer to move away from conventional construction with the introduction of its patented Alu-Tech system for touring caravans in 2010. This eliminates wood products from the upper bodyshell and uses an aluminium interlocking frame to hold the panels together. This construction method was also used for its first motorhomes, which were launched the following year. Today Bailey’s main production facility remains in Bristol, employing more than 300 people on a six hectare site. In 2016 a wholly owned subsidiary, Bailey Leisure Pty Ltd, began assembling touring caravans in Melbourne, Australia. An example of product was on display at the NEC in Birmingham in October.

Explorer Group
Founded in Consett in the NE of England in 1964 by Siddle Cook (‘Elddis’ is ‘Siddle’ backwards) Elddis has had an interesting history. Siddle pulled out in the late 1970’s to set up Compass Caravans nearby. Since then Elddis has undergone various incarnations, entering the motor caravan market in 1985. In 1998, the Elddis was brought under the Explorer Group umbrella along with two other established caravan brands, Buccaneer and Compass. The Xplore entry level range was launched in 2008. In 2012 the Explorer Group switched all its products to a new method of construction (christened SoLiD) where industrial grade adhesives from Henkel replaced many of the screws. Wood has been retained in the bodyshell as it is believed to be the best material for this type of construction. In 2014 it became the first mainstream UK manufacturer to offer eight foot wide (2.44 metres) caravans with its prestige Buccaneer range. The Explorer Group employs some 340 staff and is still based in Consett. It is owned by the Constantine Group PLC, a private investment company.

Swift
From humble beginnings in 1964 Swift has become the most successful caravan company in British history. Founded by Ken Smith the company is now owned by his son Peter although the directors also have a shareholding. Over the years Swift has grown both organically and through acquisitions. The latter include Abbey, Ace and Autocruise Bessacarr and Sprite. Swift is the only UK manufacturer to produce, touring caravans, motor caravans and static caravans. It operates from three sites, the main one being at Cottingham, in East Yorkshire. The company made history in 2006 when it erected the largest single purpose production building in Europe (12,000 sq m). Another similar building is currently under construction. In 2013 Swift introduced its SMART construction system that saw polyurethane replace wood in much of the bodyshell. A year later it was followed by SMART HT which completely eliminated wood products from the bodyshell construction in its high end touring caravans. The company employs some 900 people. It manufactures well over one third of the UK’s new touring caravans and about one quarter of its motor caravans.

Lunar
Lunar was founded in Preston by Brian Talbot and Ken Wilcock in 1969 following inspiration from the 1969 mission to land on the moon. After a brief ownership by the Dutch Tirus Group, through its subsidiary Chateau Caravans, the company was bought out of bankruptcy in 2007 by its Chairman and CEO, Brian Mellor. Since then the company has flourished, majoring on its selling point of producing some of the lightest caravans on the UK market. It launched the Venus range of entry level caravans in February 2011 and re-entered the motorhome market with its Vacanza camper car (based on the Nissan NV 200 Combi) in 2013. The Landstar van conversion followed a year later and in early 2016 Lunar began importing coachbuilt motor caravans from PLA in Italy, badged as Lunar. These imports have now stopped as Lunar has re-launched its Roadstar and Telstar ranges, which are being produced in Preston. Brian Mellor remains Chairman and CEO, and Lunar is set for expansion through the acquisition of land and buildings at its Preston factory. It employs some 230 people. 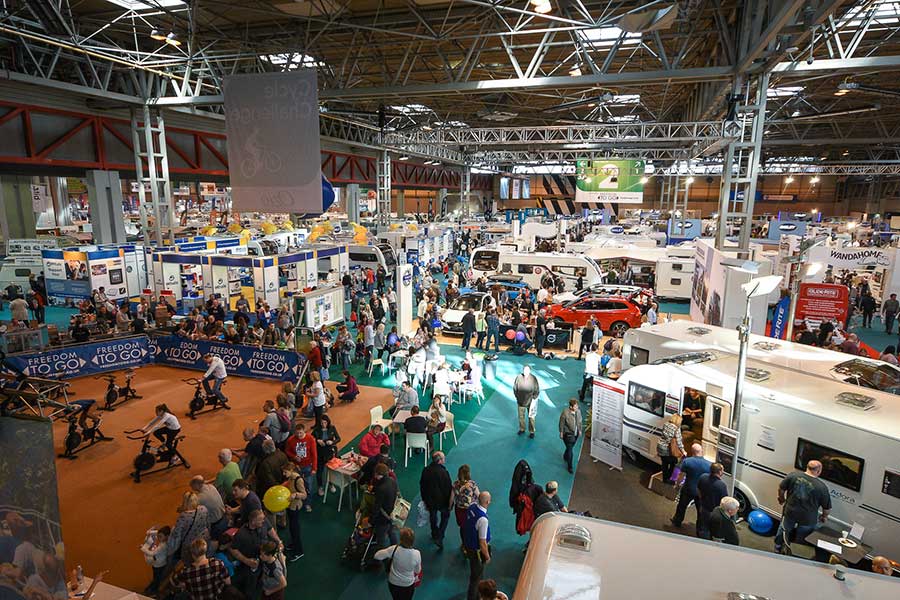 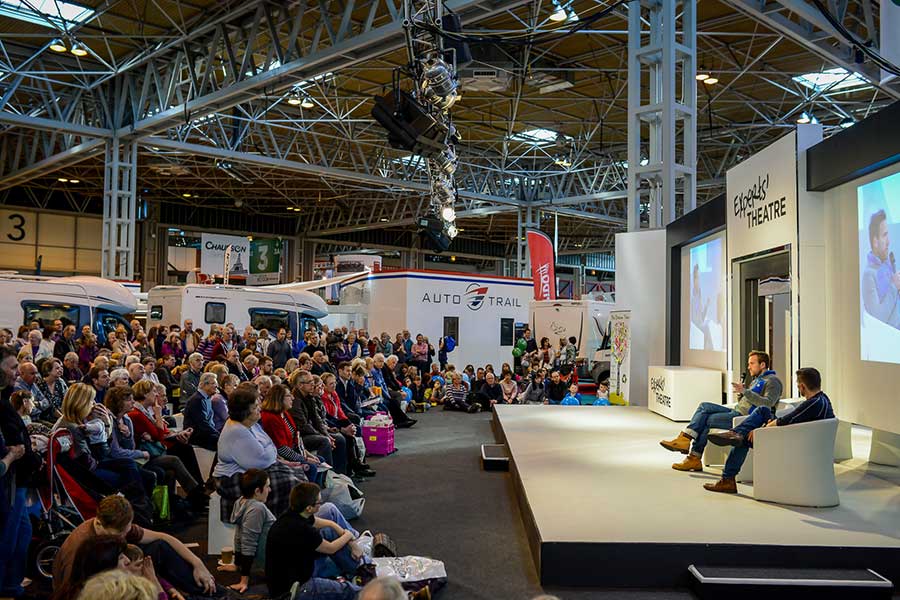 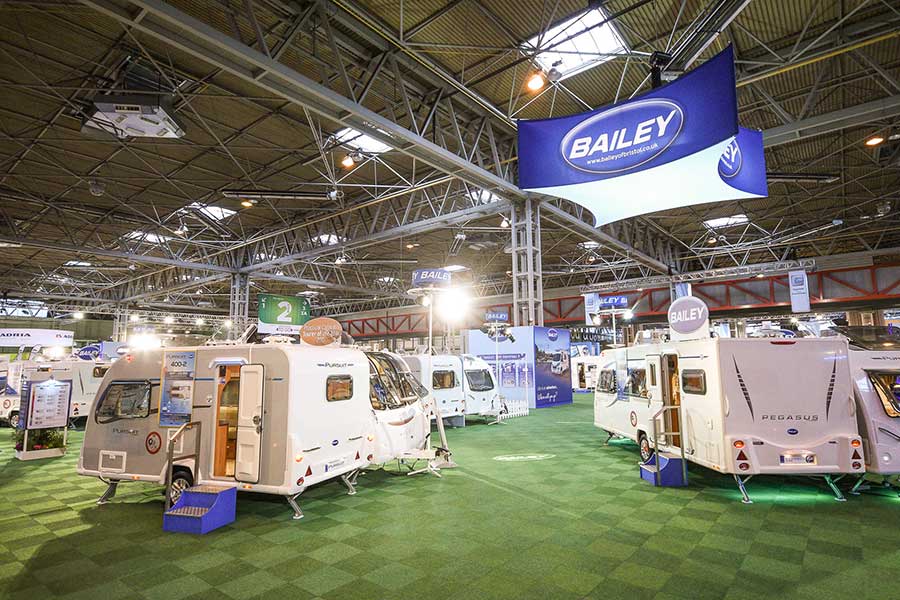 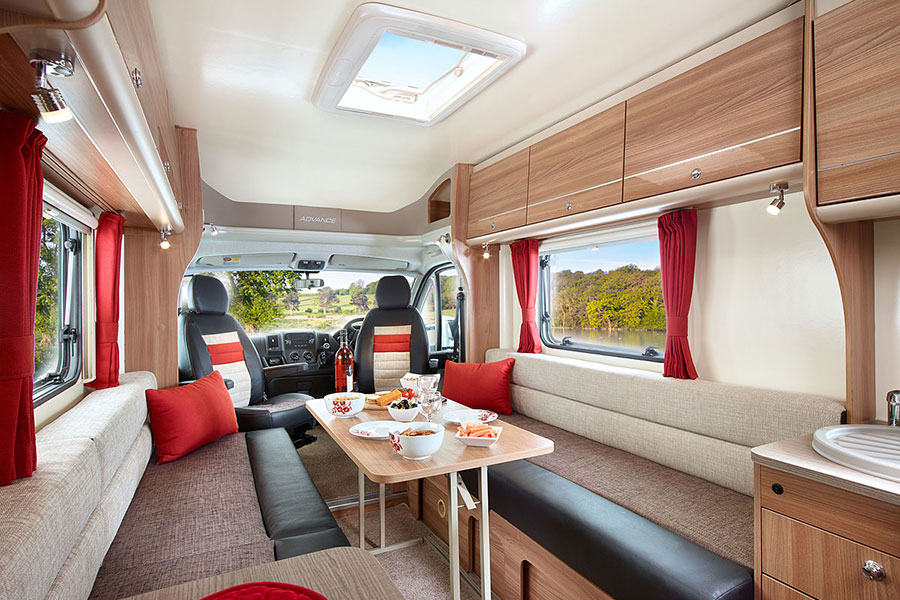 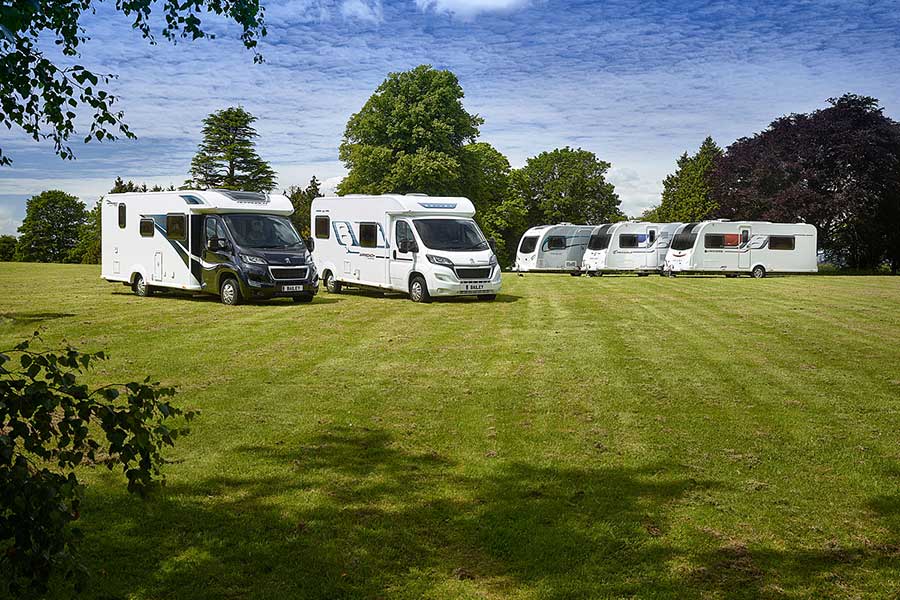 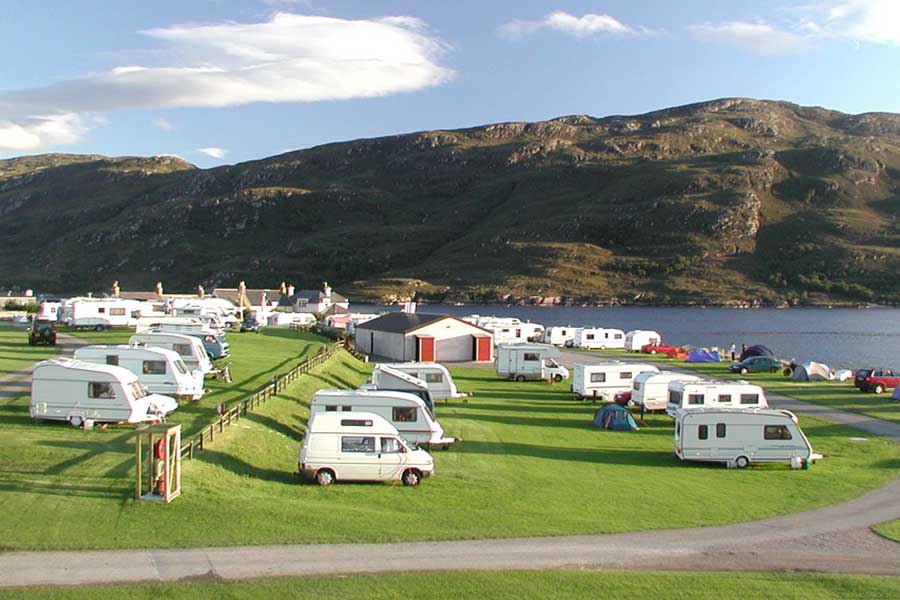 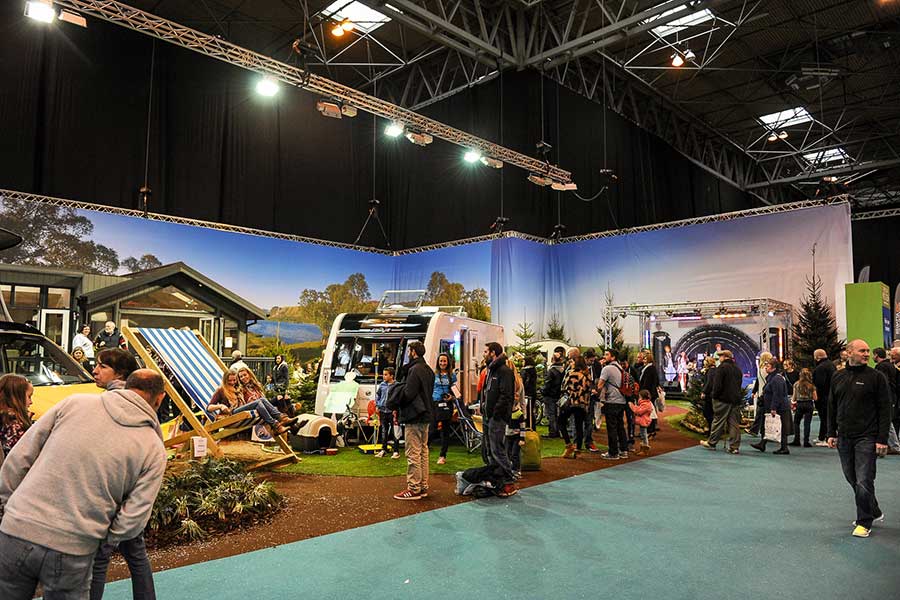 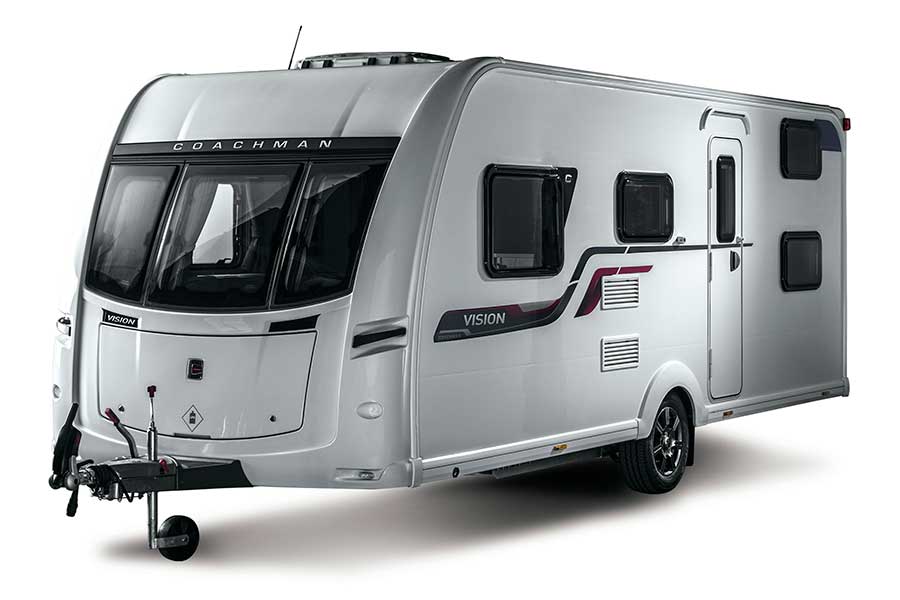 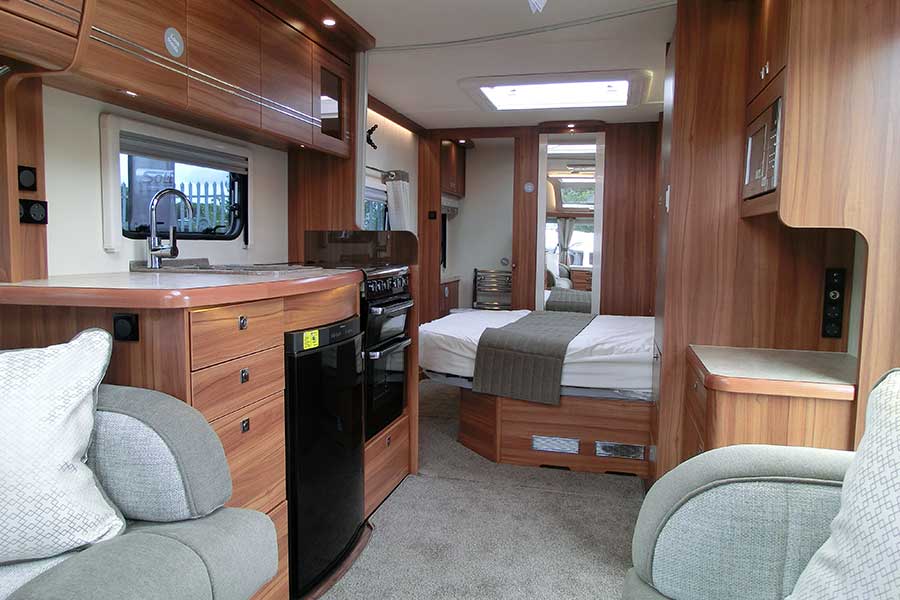 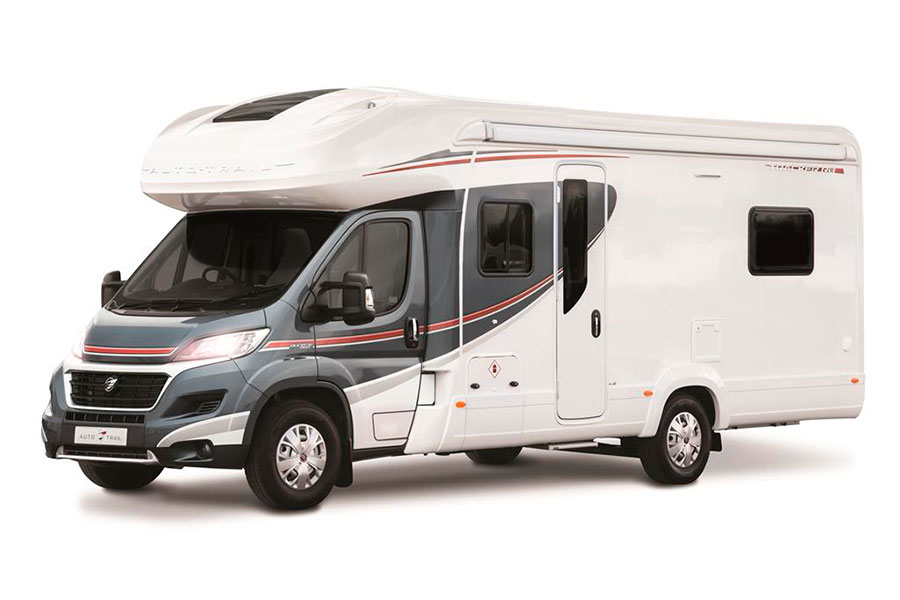 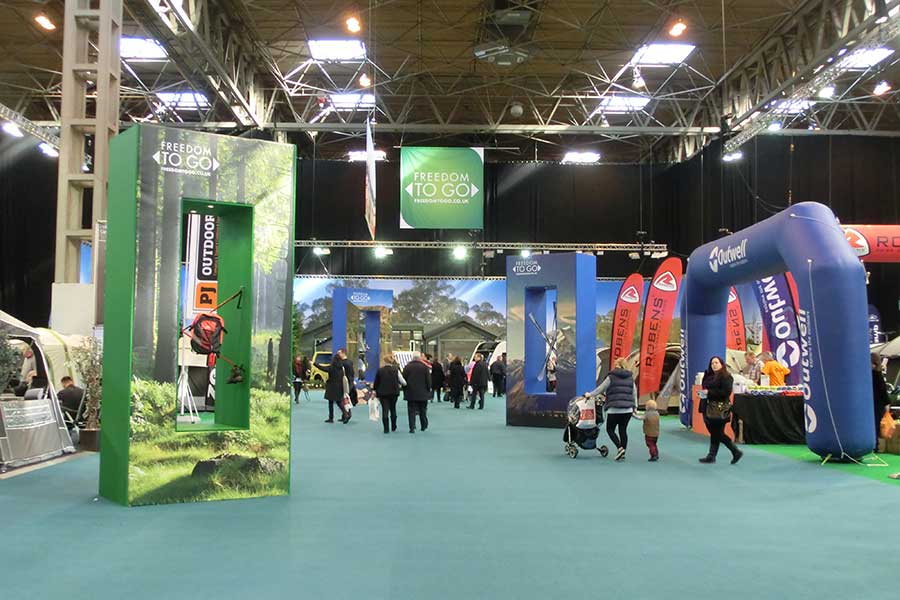 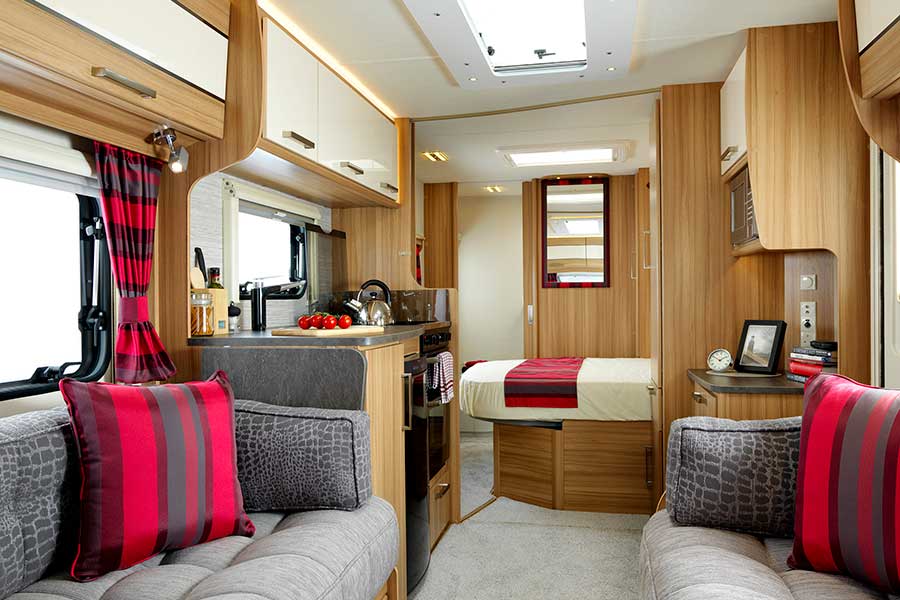 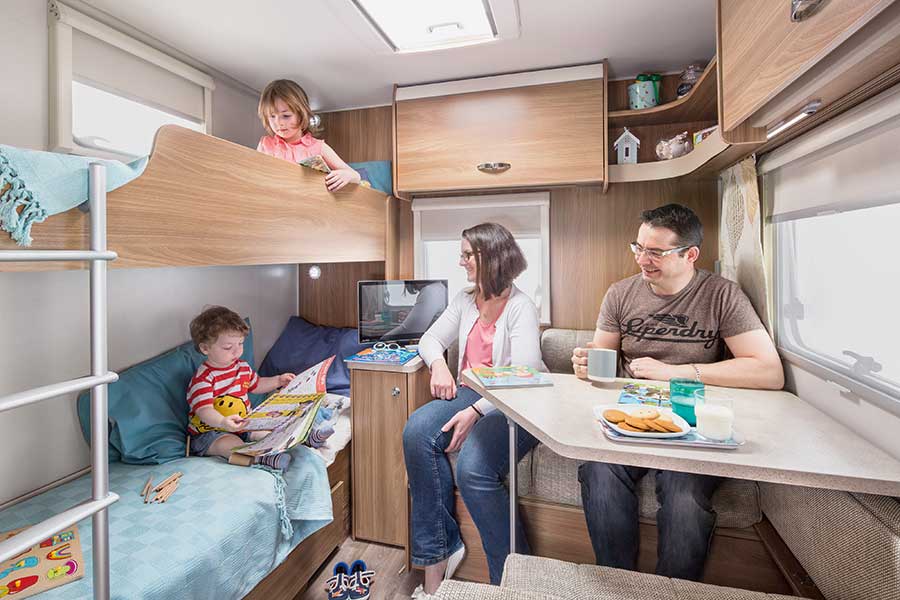