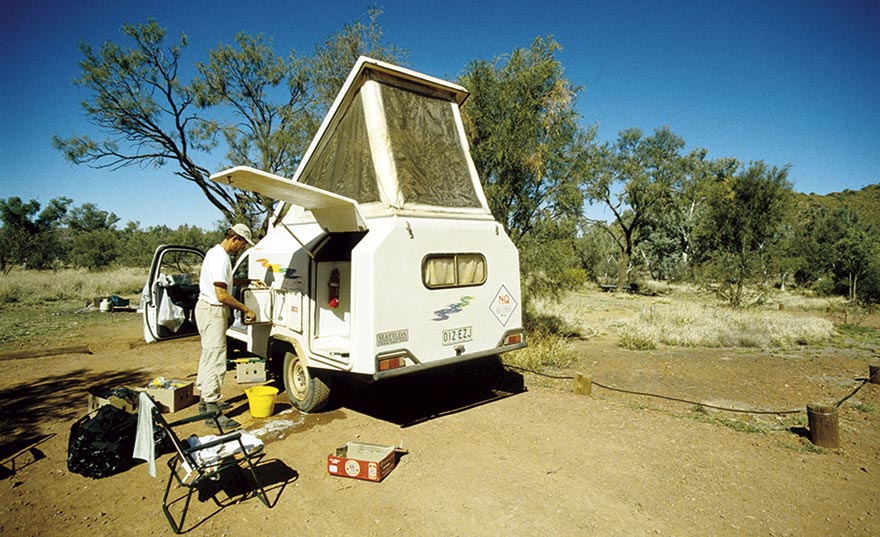 Australia’s caravan and RV manufacturing industry has continued its record run, scoring the third year in a row over 20,000 units. Figures from RVM Australia, the peak body for Australia’s RV manufacturing industry, showed total production of 20,708 caravans and RVs for 2012. The annual production was within 5% of the 30-year record achieved in 2011. RVM Australia CEO David Duncan said the industry’s continuing strength was built on a healthy demand across the spectrum of locally built RVs, especially for traditional caravans. “This is the third massive year in a row – 29% above the level reached in 2009 – and early signs for 2013 suggest we can expect another boom year in 2013,” he said. “There seems to be no end to the demand for well-built, well-equipped, good-value RVs designed and built in Australia for Australian conditions. “Clearly, people want the relaxing, economical and sociable holidays that RVs make possible, with these boom years achieving more than four times the output we had in the mid-1990s. “Traditional caravans continue to grow in popularity, with 54.6 per cent of the total, followed by pop-tops at 24.3 per cent and camper trailers at 13.8 per cent, while motorised units of all types account for 5 per cent”. Mr Duncan said Australia’s RV and caravan industry was investing in its own success, with several RVM Australia members expanding their factories and upgrading their production equipment.
Traditional caravans account for more than half of Australia’s RV output, which has topped 20,000 units for the third year in a row. “We are seeing a constant evolution in production, with computer aided design becoming the norm for a growing number of manufacturers,” he said. “It’s all part of the industry’s effort to meet the demand for modern, safe, reliable and even luxurious RVs and caravans – and the production figures show the effort is succeeding.”

Camping in Australia
A snapshot from Tourism Research Australia, Canberra

This snapshot presents information on the caravan or camping (CC) sector and a profile of domestic (Australian residents) and international visitors who stayed in CC accommodation in 2011. Latest statistics on the characteristics of CC visitors show that, as at the June quarter 2010, there were 1,638 caravan parks (with 40 or more powered sites) in Australia, employing around 10,600 persons. These parks hosted around 225,100 sites, with an occupancy rate of 53%, and takings of around $50 million. Over the five year period 2005 to 2010, the number of CC establishments and sites decreased slightly, while persons employed increased 5%.
CC visitors in Australia are defined as visitors who use CC accommodation facilities at either commercial sites (caravan parks, camping grounds or cabins), or non-commercial sites (self-drive van; motor home or campervan; or camping by the side of the road, private property, crown land or a national park). Visitors do not necessarily spend all of their nights in CC accommodation on their trip. ‘Other visitors’ are defined as domestic or international visitors who do not stay in CC accommodation while travelling in Australia

Age profile
Exactly half of the 8.5 million domestic CC visitors in Australia were aged 30–54 years, while around one quarter were active seniors aged 55 to 70 years. This sector grew rapidly in 2011, with visitors increasing by 12% to 2.6 million. Compared to 2000 estimates, trips by active CC seniors were up 90%, while nights were up 23% and expenditure was up 77% (in nominal terms). The profile was very different for the much smaller international visitor segment, with nearly half (46%) of all international CC visitors aged 20 to 29 years in 2011, but they also contributed a higher proportion of nights (67%).

Where did the international CC visitors come from?
Around two-thirds (67%) of international CC visitors were from Europe, with visitors from the United Kingdom (19.0%) and Germany (15.7%) holding the highest share from within the region. Of the other leading markets, New Zealand (with 9.5% share) and the United States (6.3%) were significant international markets for the industry. Although the total international visitor market now features a large and growing share of travellers from the Asian region, these visitors were less likely to use CC accommodation, contributing around 8.3% of the total share of international visitors using CC grounds in 2011. Australia’s leading market by value, China, held only a 0.5% share of Asian visitation using this accommodation type during 2011.