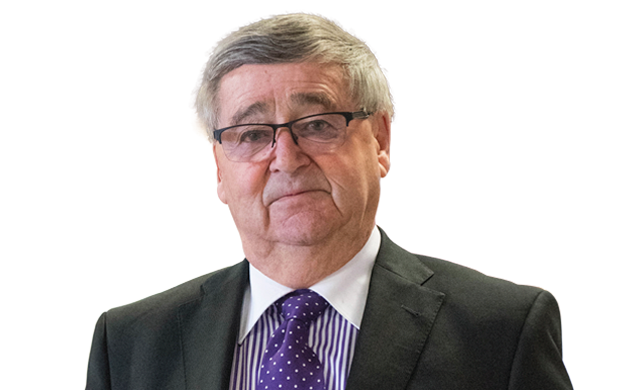 Over 40 years in the North American RV trade

In many ways the year 2021 is a rebirth for Roger Faulkner, the long-serving president of Canadian RV manufacturer General Coach. He has a noticeable spring in his step these days, driven by a genuine enthusiasm for his newest venture.
You might think that by this point in his career, it would be easy for Faulkner, 73, to simply rest on his laurels as the RV industry veteran who’s seen it all. But that’s just not his style. A leading figure in the North American RV trade for more than 40 years and a 2018 inductee to the RV Hall of Fame, Faulkner remains the driving force at the company he has been the face of for decades. He continues to serve on the board of directors for numerous national and regional industry trade associations, and he remains a pillar in the larger RV tourism marketing sector.
What has Faulkner so excited right now is a new product launch that has been on hold for months as a result of the Covid-19 pandemic. But in spite of plant shut-downs and lingering supply chain disruptions, the company is now ready to go ahead with the international launch of an all-new travel trailer line this year.
The brand-new Reward line of streamlined, upscale towables coming to market right now represents a return to its roots for General Coach, and a return to the market for a venerable platform.
Founded in 1950, General Coach started out as a manufacturer of the famous ‘Beaver’ small travel trailers that were extremely popular with young families of the day. Well-made, innovative, and incorporating contemporary materials and fresh designs, the Beaver trailers put General Coach on the map as a builder of high-quality RVs. The company sold thousands of them, ultimately expanding into larger trailers and, eventually, park models. The park units were particularly successful, and General Coach continues to enjoy a substantial share of the North American park model market.
Sales have been so strong that by 2016 General Coach found itself in the position of having to expand its manufacturing space in order to meet growing production targets. A subsequent construction project not only gave the company more room to grow its operations, it also provided added space from which to launch new projects supporting a long-term diversification strategy. “I have two children in the business,” says Faulkner. “And with them, the one opportunity we saw was for a very high-end travel trailer targeting upscale baby boomers and young, active families who want a high-end trailer made for today’s buyers.”


Breaking The Mold
The company’s new Citation Reward trailer line, consisting of 25-foot, 28-foot and 31-foot models, seems on one hand familiar, and on the other, quite unlike anything else sold on the North American market. “Throughout my career, I’ve never wanted to enter a crowded market,” says Faulkner. “And there’s just no need, since there are so many opportunities in this business. We looked around at what was available to buyers today, and it soon became clear what wasn’t available. So that’s what we chose to focus on.”
Faulkner notes that the company’s new Reward trailer line was created to stand out with its bold design and unique appeal. It features a distinctive, bold profile that’s offered in a choice of three exterior colour schemes (brilliant red, dark blue or dove grey), and a choice of four interior décor packages. “Younger buyers don’t want to see woodgrain anything or interior treatments that look like something their parents would choose,” says Faulkner. “So on the Reward trailer line we’re looking at modern, contemporary finishes and colour palettes that are more in keeping with today’s tastes. The feel is very light, very forward-thinking, very fresh and very clean. In that sense, there really isn’t another trailer on the market like it.”
The 25-foot model will be offered with two twin beds, says Faulkner, while both the 28-foot and 31-foot floorplans come with queen beds. All will feature interior components and fittings of the highest residential quality. “It’s going to be an expensive trailer, there’s no doubt about it,” he says. But he notes that’s not at odds with the first-time buyers that the Reward trailer targets. “First-time buyers aren’t necessarily looking for entry-level products,” says Faulkner. “And that’s a mistake that a lot of people make. We have the idea ingrained in our heads that buyers start with the entry-level, then move up to a mid-range product, and eventually buy the top-of-the-line. But that’s not how it works in real life, and this past year proved it. There were huge numbers of first-time RV buyers in 2020, and a lot of them skipped over the entry-level and went straight for the high-end product.” 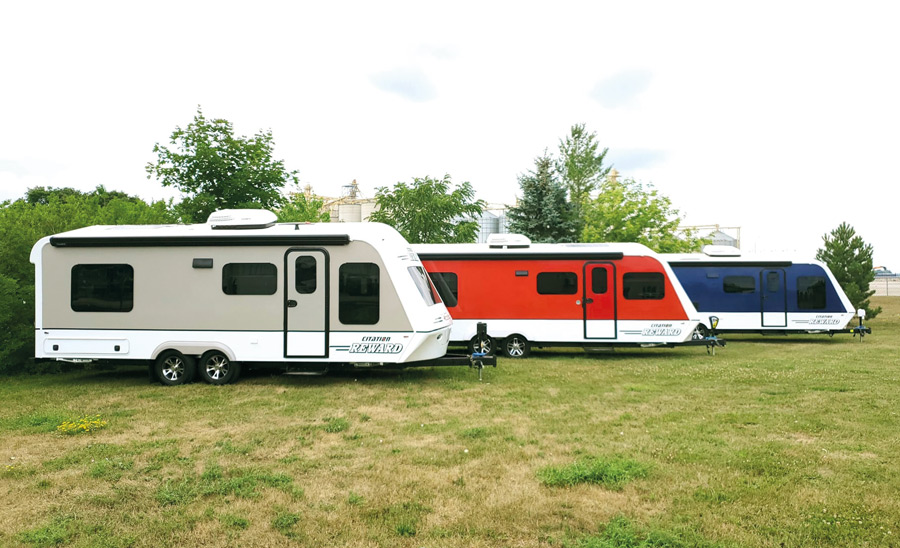 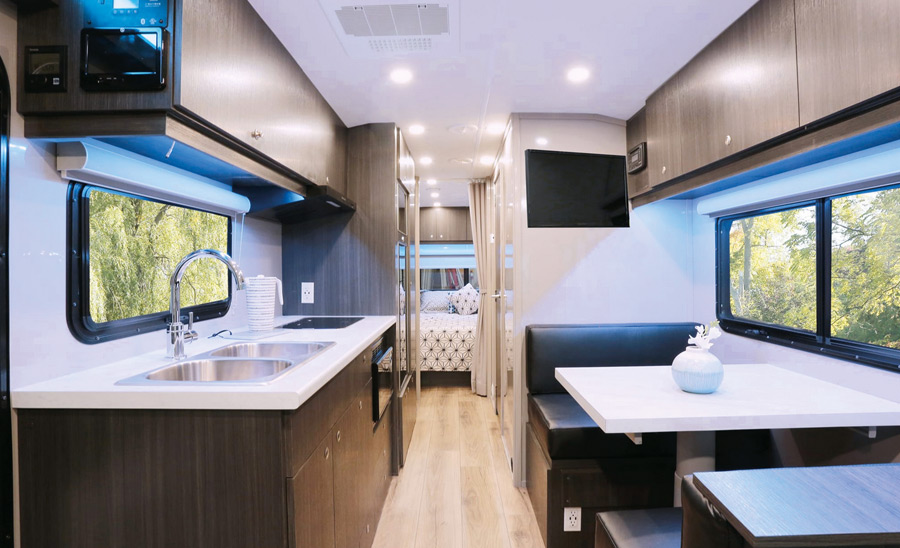 A Proven Pedigree
Faulkner is betting that these consumers will be drawn to the Reward line, with its forward-looking interior décor and stylish exterior treatment. He has good reason to feel confident, since the Reward is a new trailer that benefits from a proven pedigree.
The exterior design is based on the now-defunct Award travel trailer brand from the 1970s. “They were tremendously successful,” says Faulkner. “The design was way ahead of its time, and had its roots in England. The Davies family brought it to North America and set up shop in Canada to produce them. They sold thousands and thousands of them in the United States and across Canada. We’ve acquired the rights to it and we’re bringing the basic design back, complete with its iconic aerodynamic exterior styling and full aluminium cage roof with fibreglass front and rear caps. But we’ve also made a lot of upgrades and improvements.”
That includes fixing the quality issues that led to the Award’s decline. “Their front window had a reputation for leaking, and there was a lot of stuff wrong with them over time,” says Faulkner. “So we addressed those issues, and then raised the bar again on the build quality overall and the interior treatment.”
It isn’t just interior finishes that speak directly to younger buyers, but floorplan layouts with a focus on functionality and multi-use spaces. Sound-absorbing materials and an emphasis on less-reflective surfaces speaks to the proliferation of shiny mobile phone and iPad screens in modern family life, while an abundance of outlets ensures those devices are always kept fully charged. And forget carpet – floors are tough, durable and easy-clean synthetics that allow buyers to spend more time enjoying their trailer and less time cleaning it – especially important for families with kids and pets. It’s also fully factory-prepped for next-generation power systems, including high-capacity inverters, lithium-ion battery packs and solar.
The other element contributing to the Reward line’s proven pedigree is General Coach’s flair for glamour. This too is well-established over years of past experience. It isn’t well known, but one of General Coach’s most profitable divisions builds luxury trailers for the motion picture industry.
Over the past 15 years General Coach has come to dominate the commercial trailer market, crafting custom trailers for the television and motion picture industry not only in Hollywood, but in Europe as well. “The theatrical trailers provide a place where the cast and production crews can prepare for a shoot, or relax between takes,” explains Faulkner. “The movie industry has been growing exponentially, and it’s been a very good business for us. We have major stars and celebrities using our trailers every day while they’re out there shooting on location. It’s not a market you can go into with anything less than the very best finishes, the best construction, and the best attention to detail. We have an experienced team applying the knowledge they’ve gained serving that market to our new Citation Reward line.”

Built With Love
It was one thing for General Coach to physically expand its manufacturing plant, located in a small farming town in rural Canada. But it was quite another thing to find qualified workers to staff the new assembly lines. That would have been a significant challenge were it not for what some might believe to be divine intervention.
It was coincidental timing that General Coach began to break ground on its new factory expansion as the civil war in Syria began escalating out of control. Like so many other countries around the world, Canada did its part and welcomed thousands of Syrian refugees to its shores. A small handful of them wound up in Hensall, looking for work on local farms. One Syrian man who came into contact with the Faulkner family turned out to be a master electrician. Another was a carpenter. It turned out that a third man was a former welder. “These were highly skilled people, looking for jobs picking fruit,” says Faulkner. “And I’m like forget that, we need your skills right here.”
General Coach wound up hiring a number of the Syrian refugees in what has turned out to be a tremendous good news story – the company gaining skilled, experienced employees and the new arrivals finding rewarding, lucrative work in their chosen field. Truly, a win-win situation in every sense of the term.
“Talking about that always makes me feel good,” beams Faulkner. “I feel very, very proud that we’ve been able to help these people on their way to building a new life, in a place where they’re not being shot at while going to work, and where their children can grow up in a safe environment. It has worked out very well for them, and it has worked out very well for us too.” 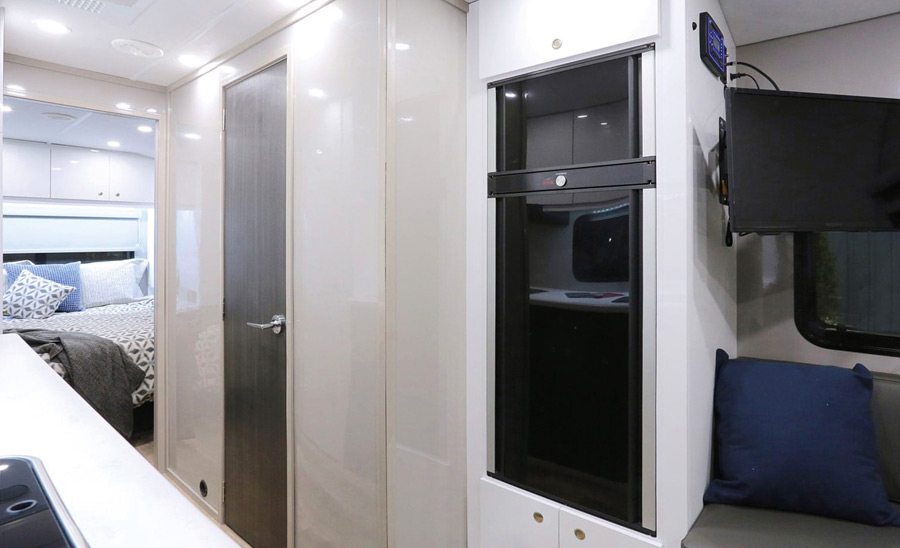 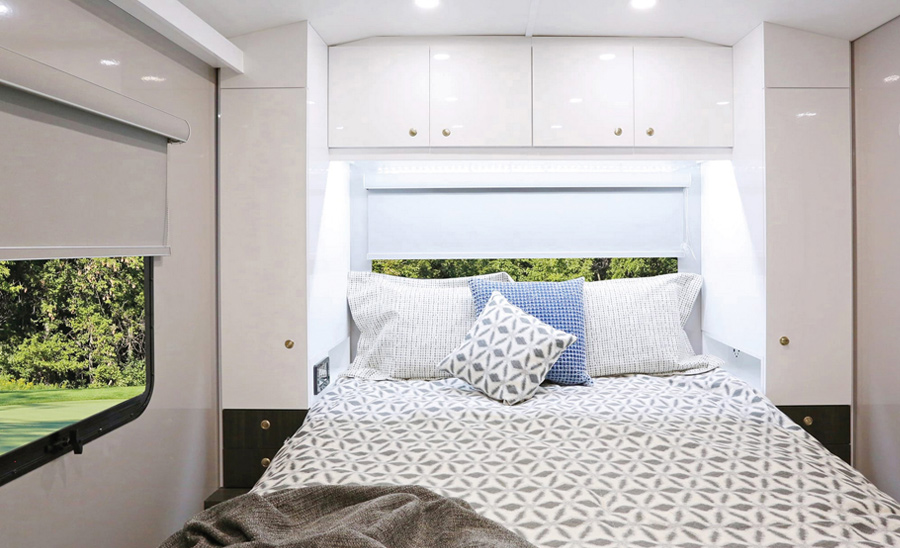