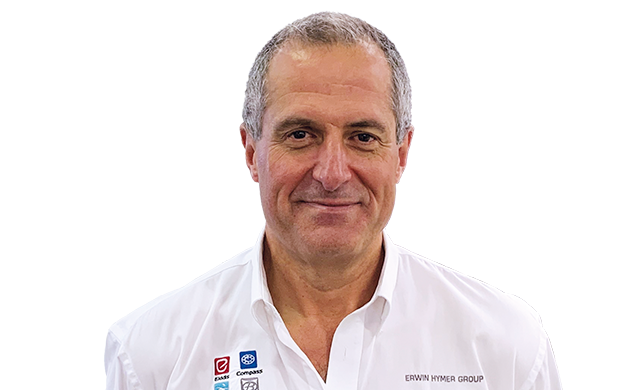 Rob Quine took over as MD of what was then The Explorer Group, in 2008. It was the time of the credit crunch and finances were very tight, but Rob set about streamlining production and improving efficiency. In 2017 Explorer became part of the Erwin Hymer Group with Rob staying on as MD of the UK operation

The company’s roots go back to 1964 when a certain Siddle Cook started producing touring caravans with his son Ray. He needed a brand name and so reversed his own, and Elddis was born. Over the following decades the company developed a reputation for building award winning, but affordable, caravans and motorhomes. During this time the Compass, Buccaneer and Xplore names were also added to the portfolio. Today the Erwin Hymer Group UK employs some 550 people at its production facility in Consett, County Durham, and also looks after the marketing of other EHG brands within the UK.

Aboutcamp BtoB: The change of ownership from a private investment group to the largest leisure vehicle manufacturer in Europe must have had a profound effect. Tell us about it.
Rob Quine: Our previous owners (the Constantine Group) had in fact owned the company since the mid-1990s – and they supported us tremendously during the various economic cycles in the 20+ years that followed. However, it was clear to them – and to us – that consolidation was coming within our industry, and that they did not have the resources nor inclination to participate in that future. Erwin Hymer Group approached them around the time of the UK BREXIT vote and, amongst other considerations, were looking to establish a manufacturing foothold in the UK to take them forward. Our positive sales performance since the launch of our fully bonded construction in 2012 (SoLiD) meant that we were an obvious candidate, and the deal was therefore completed quite smoothly and quickly. Since then we have been fortunate to be part of, firstly, the largest leisure vehicle manufacturer in Europe and, since 2019, when Thor Industries acquired EHG, the largest RV manufacturer in the world. Clearly, it has been most beneficial that the larger group had been able to support us financially during recent years, as well as approving the most significant factory improvement project and expansion in our history – a complete redesign and restructuring of our Consett-based facility, with investment of over £15M.

Aboutcamp BtoB: It must be good to have the backing of a big organisation such as Thor/EHG but can you be really agile with design and other matters?
Rob Quine: What is important is that our products are designed and manufactured specifically for the needs of our local customers – and the UK customer is, in many respects, quite different to continental European customers. So, yes, we are able to tap into the wider group design and development capabilities (e.g. with regard to the future of electrically-powered leisure vehicles) whilst still being able to adapt to our home market. Our move into campervans is a perfect example. We were able to learn so much from the many years of experience which the EHG factories had built up about how to make the product – tapping into their proven methods and benefitting from cost savings with economies of scale. However, we were resolute that our UK-built campervans should be tailored to the UK market, with layouts and USPs we knew would sell. This strategy has allowed us to go from a standing start to the being one of the largest manufacturers of campervans in the UK, in just a couple of years. 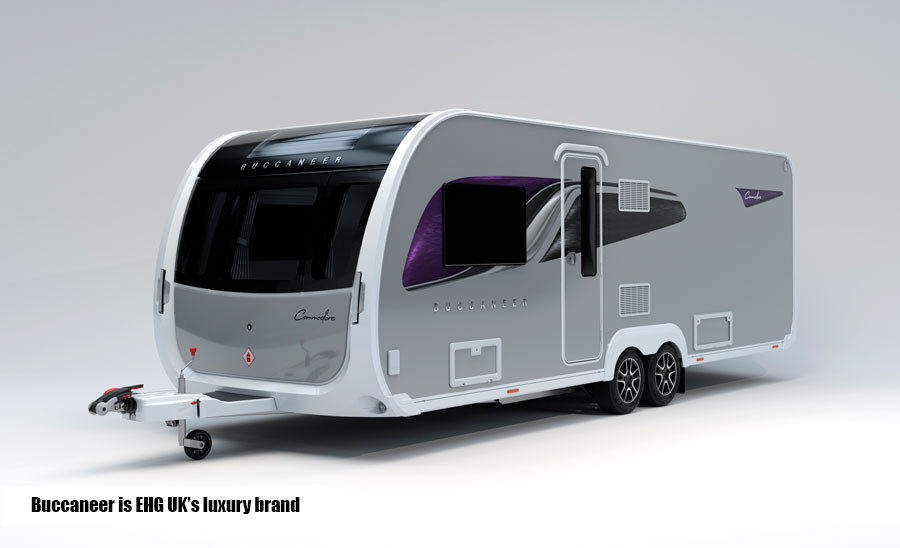 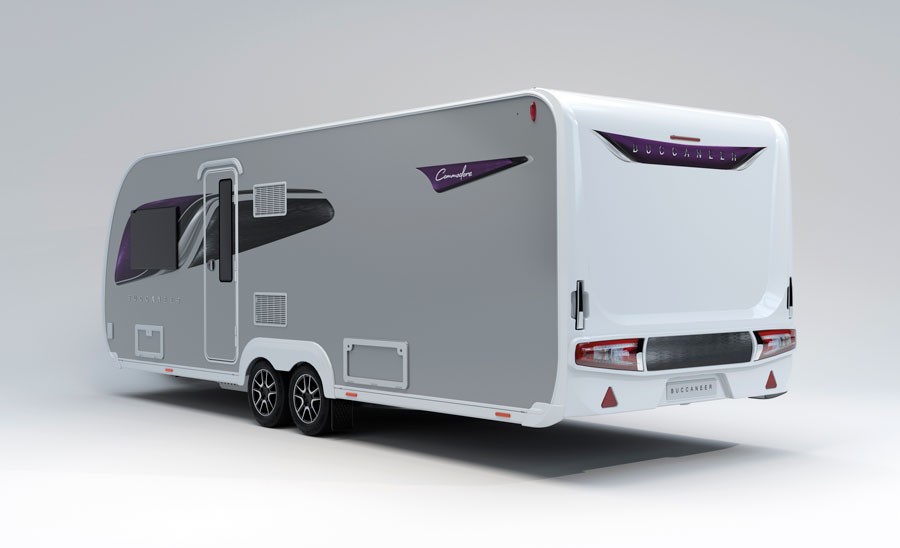 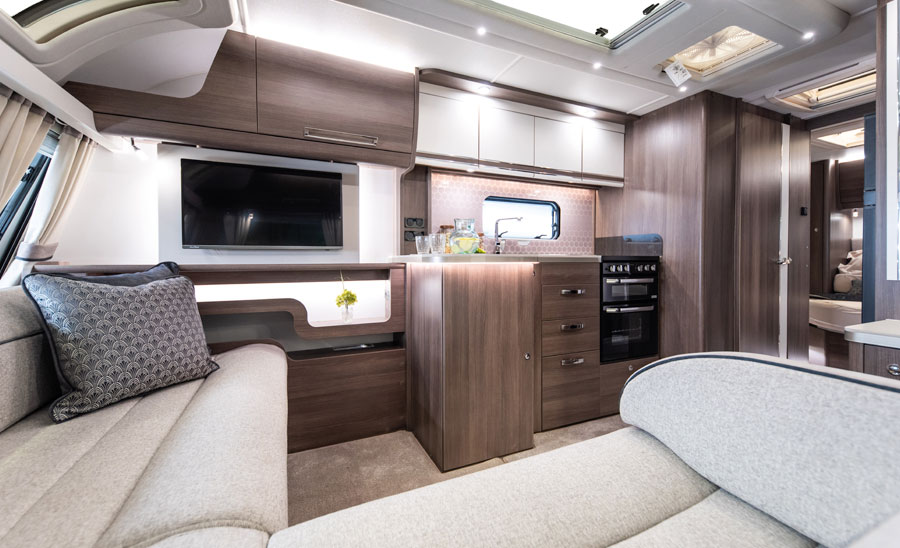 Aboutcamp BtoB: In 2012 you switched the construction of both caravans and motorhomes to fully bonded, eliminating most mechanical fixings in the process. It was a bold move – what benefits has it brought?
Rob Quine: It was indeed a bold move as I took the decision to transfer all our production over to this new method at the same time. However, in one move the elimination of most of the mechanical fixings and the way that we told this story, catapulted us to a much more prominent position in the UK market. I believe people understood the simplicity of the premise that you should never use a screw fixing, with its resulting hole, unless you absolutely have to. My main frustration now is that our industry’s supply chain is still failing to design components for bonding as well as mechanical fixing, for those who wish to continue with the old way. However, SoLiD Construction, as we’ve called it, is just the foundation. We must continue to design and develop products that people want to buy – always trying to be the pioneers. I believe this design-led strategy has ultimately been the biggest driver in our success in recent years.

Aboutcamp BtoB: Covid has led to the cancellation of many important RV shows, including the big ones at Birmingham. What have you been doing to get your products in front of prospective purchasers?
Rob Quine: I understood the reasons to cancel the October 2020 and February 2021 Birmingham shows, but I was very unhappy with the decision to cancel the October 2021 show. The European shows have been able to take place and I did not see the need cancel again. In an effort to bridge the gap that this latest cancellation has left, we are using the 70+ brand new demo vehicles which we produced for a country-wide roadshow, assisting our dealer network to get as many new products in front of potential customers as possible. This has been very successful so far – with 2022 season retail sales well above what we would have expected in normal times.

Aboutcamp BtoB: The Covid pandemic has brought many first-time buyers to our industry. Do you think they’ll stay once it’s all over?
Rob Quine: The honest answer is no! – but I do expect a high proportion of new entrants to retain their leisure vehicle for some of their holidays going forward.

Aboutcamp BtoB: How do you see the medium to long term sales trends for RVs?
Rob Quine: Continuing recent trends, sales of motorised products, especially campervans, will continue to grow at a fast pace and will overtake touring caravans in the UK in the not-too-distant future.

Aboutcamp BtoB: You have plenty of room for expansion at your current factory – what plans do you have for future investments?
Rob Quine: You are right that we have a large site (25 acres), and we are currently undertaking the single biggest investment project in our company’s history, which will significantly change the way we operate in the future. Only one brand new building will be constructed – but within the existing footprint the whole of the rest of our site is being transformed. Completion has been delayed a little in the last 18 months, but the whole project should still be finished before the end of 2022. You’re welcome to come back at that point and see what we’ve achieved. Until then I’d prefer to keep the changes under wraps.

Aboutcamp BtoB: How important do you think slide-out technology is to the future of RV’s?
Rob Quine: I was very optimistic and positive about the prospect of slide-outs in the UK and Europe, and so eight years ago visited the USA to investigate further. We embarked upon a detailed development project with a supplier and made many prototypes on site here in Consett. I always believed that the best development outcome was to make a small vehicle larger, rather than to make a large vehicle even bigger. Slide-outs were everywhere in the USA, but their quality standards were low compared to Europe and their warranties short. Unfortunately, we couldn’t find a way to install them consistently that would have allowed us to support the different warranty requirements in Europe. Slide-outs are therefore not a short-term priority for us at the moment.

Aboutcamp BtoB: What are you doing to take weight out of your RV’s?
Rob Quine: This is one of the main development initiatives within EHG, and of course, is related to the challenges of electrification. Again, our supply chain has been very slow to wake up and join the party – but I expect that there will be some interesting developments in the coming years. 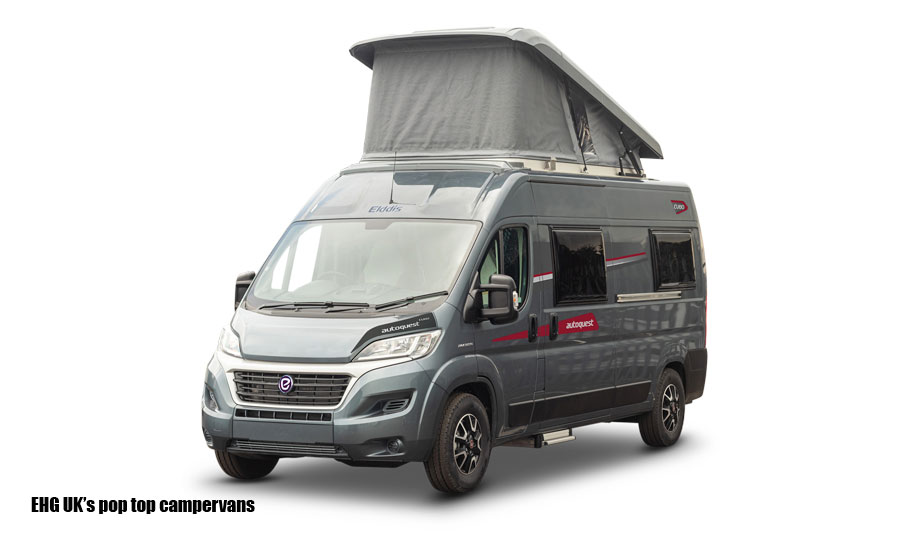 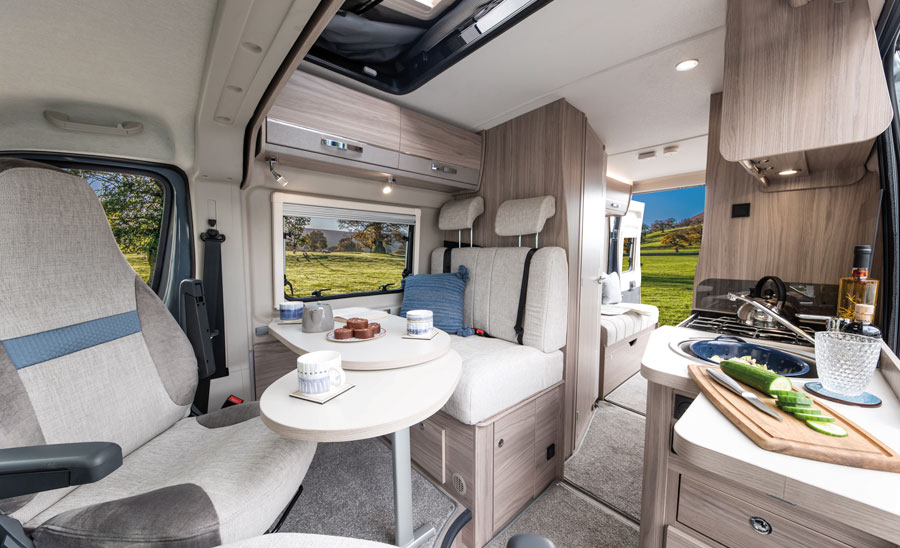 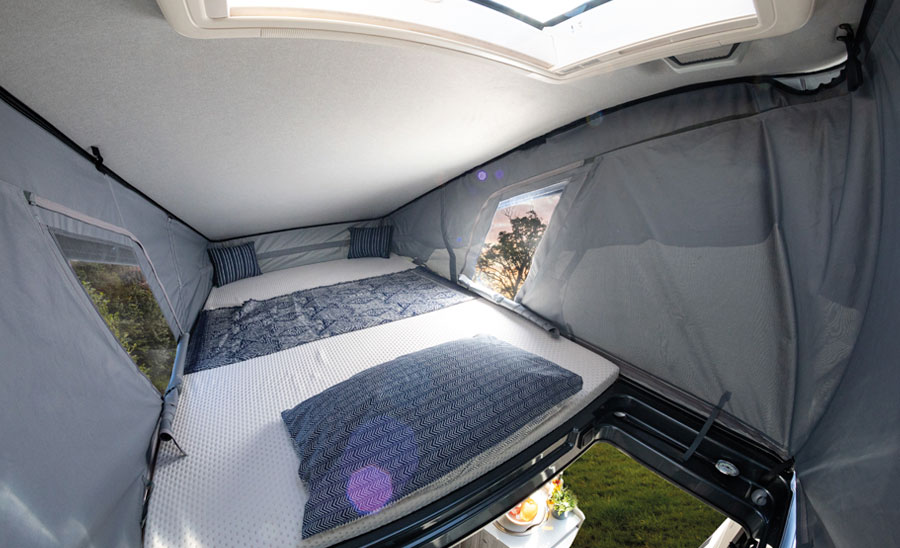 Aboutcamp BtoB: Elddis produced an all-electric caravan in 2009 but it didn’t catch on. Knaus Tabbert is now doing the same with its E.POWER caravan. Perhaps you were just years ahead of your time? Do you think you’ll bring the idea back?
Rob Quine: No, not in the near future. The Xplore Electric was way ahead of its time, but I believe the project was effectively scuppered because of a negative response from two large UK clubs. They thought our vehicles would consume too much power on their sites and that we would be constantly tripping the fuses. I thought it was a real shame because I don’t think that would have happened. As I see it the traditionalists won out. Maybe they will be more receptive a decade or so later?

Aboutcamp BtoB: You’ve been at the Consett production site for nearly 20 years now, what changes have you seen in that time?
Rob Quine: There have been many, many changes, too many to describe here. However, nothing has been as big as the rebuilding project that is happening at the moment. It will have a major and positive impact on our business.

Aboutcamp BtoB: What has been your most satisfying moment in business? And your worst?
Rob Quine: The launch of SoLiD Construction was probably the most satisfying moment – a culmination of a great deal of effort by a really good core of dedicated people. The worst times are when the economic cycle forces us to cut back our work force – and the worst of those was a year ago when the much-lauded furlough scheme was introduced. In those early days it was poorly constructed. The UK Government should have kept it simple by copying the best elements of the equivalent European scheme. The ‘flexible furlough’ scheme, now ended, was much better but it was only introduced in the summer of 2020. I believe that cost jobs, when the intention was to try to protect them!

Aboutcamp BtoB: How do you spend your leisure time?
Rob Quine: As much as I enjoy travelling further afield, I appreciate spending my leisure time in the North East, with its miles of beautiful countryside, dramatic coastline and renowned social scene. The team at EHG UK will tell you, ‘It’s a wonderful place to live and work!’