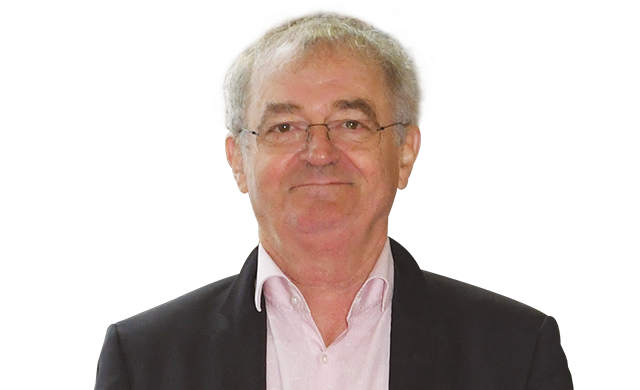 Still firmly in the hands of the Founder’s family, Rapido has increasingly structured itself as a group to compete on equal terms with the strongest competition.
We interviewed Pierre Rousseau, owner of the Rapido Group.

It was 1961 when Constant Rousseau created the Rapido company in France as an offshoot of his furniture factory: as a skilled master carpenter, a few years before, Mr Rousseau had patented a special extendable caravan which had immediately captured the public’s interest. The award-winning folding caravan was refined and updated over time, before a new series was created with rigid walls and a lifting roof. A total of over 35,000 units were made in 30 years of production. Rapido followed the rise in interest in recreational vehicles by creating innovative and quality products. In 1985 Pierre Rousseau, the son of Founder’s took over the company after his father’s untimely death, and more recently (in 2014), his own son, Nicolas, took over the role of sales manager. Pierre Rousseau has always understood that Rapido needed to keep growing if it wants to stay on an increasingly competitive European market. From 1993 to 2017 Rapido focused on creating new brands were and acquiring existing companies, gradually building what we now know as the Rapido Group. This included creating the Itineo brand in 2006, which has become an important motorhome brand for Rapido, plus its Rapidhome mobile homes, and the Fleurette and Florium brands. It has also developed a strong presence in the van segment with its Campereve and Dreamer brands, plus the acquisition in 2010 of the big, iconic German brand, Westfalia. Other acquisitions include the Italian company P.L.A. in 2016 (with the subsidiary Giottiline) and two more van producers in 2017, the French brand, Stylevan, and the British brand, WildAx. Currently the Rapido Group employs 1,300 people, with 500 of these at Mayenne, France, the main production site created in 1975. Total annual production is around 16,000 units per year, of which about 50 per cent are exported.

Aboutcamp BtoB: Following a lengthy period of time spent solely in the high-end segment of the market, at one point Rapido decided to increase its scope of action towards lower market segments. With the Itineo brand, you in fact invented the entry-level motorhome segment, and now with the acquisition of PLA, you have completed your range with low-cost alcove and semi-integrated motorhomes. Will you continue in this direction? Are you not concerned that the Group may lose its identity and that the Rapido brand may become associated with low-cost products?
Pierre Rousseau: Rapido is definitely a premium brand that offers quality vehicles, especially coach-built and integral motorhomes; they stand out for the quality finishing of the furniture and impeccably designed installations, technical performance and top-level equipment, without forgetting their attractive design. In 2005 we felt that there were no products in the integral motorhome segment at more affordable prices. Since integral motorhomes are already considered by customers as being at the high end of the market, this strategic step did not entail any intention on our part to change our image aside from making integral motorhomes more accessible to a clientèle in search of an attractive product. As for the acquisition of PLA, it was our last opportunity to purchase a factory and an Italian brand, and hence to offer more affordable models in Europe, and this has allowed us to become a European player who will retain its identity on each market.

Aboutcamp BtoB: With your recent acquisition of PLA, all that’s left for you to do is develop your sales network and thus your penetration on certain markets or do you also have goals relating to production?

Pierre Rousseau: The PLA and Giottiline brands are made in two small factories, so we decided to merge them into a single facility and to expand the PLA plant, where we plan to invest approximately 6 million Euros over the next two years. Obviously, the production capacity will also increase. Our current European network will have the opportunity to distribute PLA and Giottiline and contribute to their development.

Aboutcamp BtoB: Recently, in order to complete the PLA deal and give the Company a specific direction, you were often present in Italy: what are the main differences compared to the French market where you have always done business?

Pierre Rousseau: In Italy, all the European brands are on the market, while the market has only reached a total of 5000 units, and the local manufacturers are extremely active, so it’s a very competitive market; the average sales price of vehicles is lower than the price on the French market; it’s up to us to produce attractive products at affordable prices: that’s where our challenge lies.

Aboutcamp BtoB: In Europe, the van market has reached unexpected levels: why is this, in your opinion, and what will Rapido’s response be?
Pierre Rousseau: The use of these vehicles appears to be much simpler to customers, mostly due to their size, which makes them easier to drive in urban areas. Rapido is extremely present in this segment, with Campérêve, Dreamer, Stylevan, Westfalia and Wildax in England. We could say that we were among the pioneers in this segment.

Aboutcamp BtoB: In the past, the Rapido brand was famous for its folding caravans, with which you achieved an annual production of 3,500 units in 1983. Subsequently, you launched the Golf and Club series of travelling caravans, with pop-top, but you then abandoned this market segment in the 1990s. Do you think that there will be no room for such special products in Europe, and for caravans in general?
Pierre Rousseau: It is a given fact: the caravan market has completely changed in recent years, as it is no longer developing, its main competitor being the camper van and also mobile homes on camp sites, especially in France. This is a market that will in all likelihood remain difficult.

Aboutcamp BtoB: Do you think that the camper van will change in Europe over the next few years?
Pierre Rousseau: I don’t think so, as all the pre-requisites already exist: the need to move around freely, cheap holidays, only the drive trains fitted on the chassis may change things in the long run.

Aboutcamp BtoB: Will Europe, America and Asia remain three separate markets or will they become increasingly closer?
Pierre Rousseau: I had a lot of responsibility, and it was not easy to manage a complex business machine like the Sea Group during those years. I was not comfortable with it because I could not intervene to sort out situations I did not like. At the Milan office, I dealt with the Mobilvetta brand, then Elnagh, and in 2003, I launched Dream Motorcaravans.

Aboutcamp BtoB: We remember Dream, a brand with interesting construction features.
Pierre Rousseau: Yes, it is the project I am most proud of. It took three years of study and more than a million in investment in research and development. The project was based on great innovation in the production process of the bodies, which were made with injection moldings in five sections, then assembled in a single shell called ‘Monoshell’. The external covering was in fiberglass, and the insulation was made of polyurethane foam injected by an industrial process that eliminated the unpredicatability of artisan assembly. Equally new was the system of furniture construction that allowed us to have curved doors using an unprecedented process without joints but with sustainable costs.

Aboutcamp BtoB: And then came the era of PLA.
Pierre Rousseau: I left the Sea Group in 2005 and in 2006 my wife Graziella also left. I stopped for five years, and told myself to think, plan and look. Then, in 2010, I launched the PLA brand at the worst moment when the crisis in the market for motorhomes in Italy was deep. It was tiring; the banks no longer gave funding to companies in the caravanning sector and I had to face the new adventure with only my resources. For some years the company operated at a loss, but then we managed to get it on the right tracks.

Aboutcamp BtoB: Do you think that in the short term the possible developments in mechanics, starting with alternative engines to Diesel propulsion engines, will lead to significant changes in the products?
Pierre Rousseau: I have already talked about this, the answer is probably yes, but the weight of our vehicles makes you think that, as for lorries, changes in the drive trains on our vehicles are not going to happen in the immediate future. It’s up to us to convince our customers that the new Diesel engines are the right solution for our motorhomes and this will apply for a long time still, at least until the day hybrid engines reach our own market. When that happens, we will tackle the problem posed by the weight of our vehicles.

Aboutcamp BtoB: With your son joining the company, Rapido is now in its third generation of the Rousseau family. In an increasingly global market, is there still room for companies led by their founding family?
Pierre Rousseau: At the end of the day, if you look at who the owners of the current European manufacturers are, you’ll see that families are also at the helm of those companies. Perhaps not all of them are 100% family run like us, but we were also able to witness a little time ago, that funds had difficulty managing our jobs with such significant market fluctuations. The amount of cash generated by the business is not always there to reimburse the debt. I think it is still possible to remain a family business in the leisure vehicles market, that’s all I hope for my son, as it’s a great job.