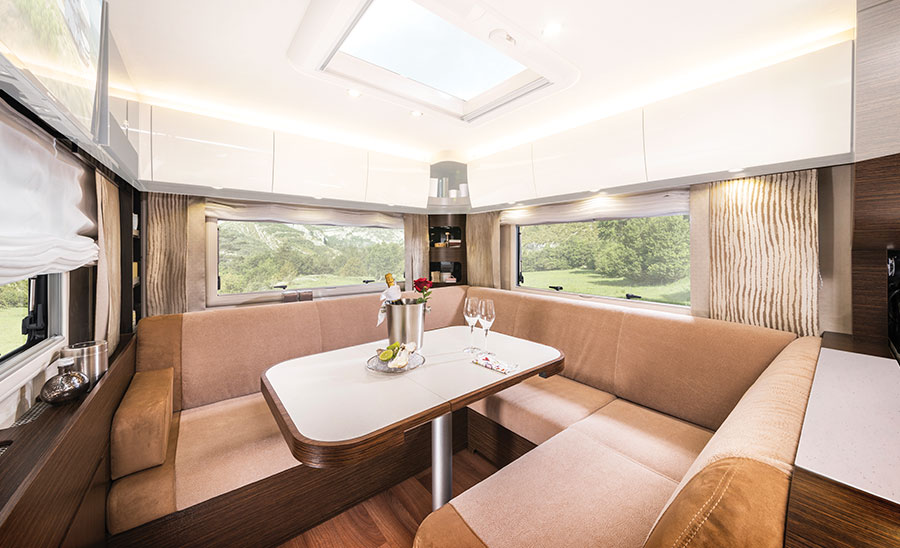 Between curiosity and risk

If an unusual layout or an uncommon furnishing element can make us smile, it’s also true that it can make us think. What matters most is whether it brings real benefits to the user and if there are possibilities to standardize this solution.

Many are the housing solutions proposed by the European manufacturers. Some believe that they are too many and are ironic, almost scornful about certain indoor plans and some uncommon and temerarious furnishing proposals. It is true, some solutions are truly bizarre and make us smile, but other, which today seem extravagant, tomorrow could be currently produced. It has already happened and it will happen again. Today we find futuristic interiors-related solutions dating back fifteen years ago, which some high-end brands (for example, Frankia), installed not only on luxury but also on cheap vehicles. Think about it: this happens also in clothing, home furnishing and in many other industries. We will show you some examples of what the varied scenario of European recreational vehicles offers today, just some brief considerations for anyone who is not afraid to look with humility and intelligence at the most bizarre solutions available today.

After being resumed, the old rear dinette solution has been changed to create a large and cozy living, very open and airy, to be used for relaxing used for relaxing alone or entertaining friends. Last season we have seen the Burstner Viseo 700, the DuoMobil Hymer and two Frankia vehicles, the I72 and the Lounge Edition. Now Concorde to install, on Cruiser RRL 890, a very large rear living. In any case, the large rear dinette is not a novelty for the British market: see, for example, the Swift and Bailey current production.

It is still a novelty, we cannot speak of a true trend. In the past two years, we have seen the rear drop down bed on several occasions: for example, the Mobilvetta K-Yacht 80, the Benimar Perseo 581, the Swift Toscane 640 HB and the Adria’s van, Twin 640 SHX. Burstner proposes it on different versions of its Brevio, both in the lateral and longitudinal version (new Brevio 641).