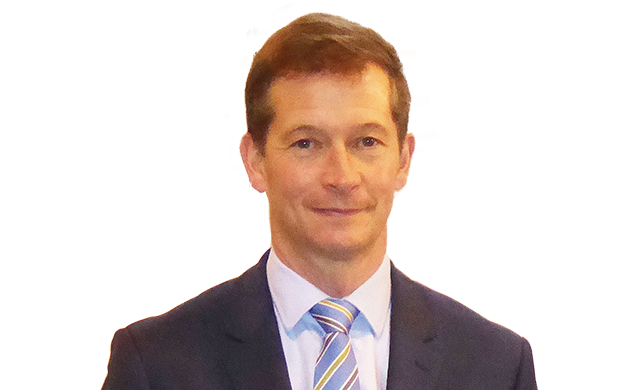 In 1947 Martin Bailey built his first caravan using skills he’d learned whilst working at the Bristol aircraft factory during the Second World War. It sold quickly and convinced him there was a future in building caravans. FG Bailey Ltd. was founded the following year and has since gone on to become one of the UK’s leading leisure vehicle manufacturers. In 1976 the company was bought by the Howard family with brothers Patrick and Stephen Howard eventually becoming joint owners. In 1997 Stephen’s son Nick joined the company from the automotive industry to become technical manager. Nick brought with him a new approach to problem solving and set out on a path that was to see him become the driver of significant changes that would propel the company forward into the 21st century. In 2007 Nick took over as Managing Director; he was now in the driving seat and determined to make a difference.

What did you see as your greatest challenge at this time?

“There were two things really. The first was dealing with the economic crisis which took hold during my first year. On the plus side I learned more about the business in my first couple of years than I would have done in a decade without the crisis. The second was an overriding desire to modernise the company. I felt it important to retain the family identity whilst moving all areas towards thinking and believing in a lifestyle rather than just white boxes. This is now a cornerstone of our business

How did Alu-Tech construction come about and what were the drivers behind it?

“I always thought we could make a more robust caravan that was better suited to that kind of lifestyle – more thermally efficient and with a better towing performance. I also wanted to drive away from using timber in the bodyshell. Although timber is currently retained in the floor we pioneered its elimination from the upper bodyshell.” For help Nick called on a long-standing relationship with the University of Bath. Over the next few years they jointly developed Bailey’s patented Alu-Tech construction system. Wood products in the upper bodyshell are replaced with combination of aluminium and composite plastic. The first caravan to be built this way was the Pegasus. Its distinctive appearance set it apart and made people take notice. What’s more it came with grade III insulation and a market leading ten year bodyshell integrity guarantee. The Pegasus was an instant success and over the course of the next couple of years Bailey transferred its entire production to Alu-Tech construction. The move made other UK manufacturers sit up and take notice. Some had already begun looking at alternative construction techniques but none was ready to launch and so Bailey enjoyed an early mover advantage. Alu-Tech construction produces a particularly robust bodyshell, something that caught the eye of a certain Australian…

What was the logic behind launching in Australia?

“In the middle of the recession in 2008 I received an enquiry for 250 caravans from Australia. Naturally I was happy to supply them even though it meant a number of modifications to suit the Australian market. My contact was a chap called Adrian van Geelen and together we moved to a situation where we bought out the importer and began manufacturing in Australia. Coincidentally my design manager emigrated to Australia at this time and agreed to work for me in Melbourne. He’s now leading the design team there. Production commenced in late 2015 with caravans going to New Zealand as well as Australia.”

What were the drivers behind Project Aurora and what impact has it had?

“We felt we needed to streamline our manufacturing and procurement processes and so we’ve recruited some senior managers to help. It’s a journey that we’re still on. We aim to make Bailey the best it can possibly be. The bottom line so far is that the company looks and feels more professional in everything we do. We’re now producing better vehicles with lower warranty costs than previously. However, if we are to compete with other forms of holiday, we need to offer a faultless ownership experience and that’s something we’re endeavouring to do.”

How do you go about finding the right people to bring into your business?

“The main thing is to identify those people who share our culture. For example a project designer working on kitchens must recognise that the people who know kitchens the best are those that use them and those that make the caravans.”

What has been your most satisfying moment in business?
“That’s an easy one. It was meeting the Queen when she came to visit our factory in 2012. This ultimate pat on the back was more satisfying to me than a good set of financial figures” What Nick didn’t say is that visits by the Queen don’t just happen. You have to know the right people and persuade them that it would be a good thing. Conscious of his factory’s importance to the local community Nick could often be seen at local functions. At one of these he met the Lord Lieutenant for the county and city of Bristol. There he learned that the Queen was interested in visiting Bristol and possibly touring a local factory. Nick seized this once in a lifetime opportunity and in November 2012 the Queen and Price Philip duly arrived at Bailey’s Bristol factory. They were even taken for a ride in a motorhome as being the most convenient way to get from one part of the factory to another. It was a huge PR coup for Bailey and one no other leisure vehicle manufacturer is ever likely to match.

Can you outline a typical working day?
“I’m normally in the office between 7:30 and 8:00 am. Having a young family an early start and finish suits me. I’m fortunate to have a good management team and, as well as the normal reports you would expect to an MD, I also have product development. This reflects not just my keen interest in that area but also the fact that I probably do more caravanning than anyone else who reports to me.

What motivates you?
“It’s the fact that we have a privately owned family business in which we are the sole masters. We don’t have to worry about other shareholders or banks breathing down our neck. Our aim is to do a very good job and to be respected for it.”

Looking back your first 10 years as MD what do you see as your most significant achievement?
“Probably the launching of motorhomes in 2011 and achieving 17% of the UK market quite quickly.”

To what do you attribute your success?
“We’ve recruited a lot of new people and after six months we spend a day with them for feedback on how they find us. They seem to like the blend of a family business trying to modernise and being able to take decisions quickly.

Who has been your greatest inspiration?
“We try and look at businesses that have a kinship with us. Locally I know Thatcher’s cider, a fourth generation business with Martin Thatcher taking over recently. In essence he is doing almost the same thing as we are. “

Excluding yours, what company or business do you admire the most?
“Again it has to be Thatchers cider. Four years ago 70% of their production was for supermarket labels. Now 70% is sold under their own brand name. It’s a remarkable turnaround when you consider what tough customers the big supermarkets can be.”

What has been your biggest mistake in business and how did you deal with it?
“One of the things we’ve done more latterly is to overload our teams with too many projects. When you do this there is always the danger that something might suffer in its execution.   It’s a problem we’ve recognised so now we look not just at the ‘what’ but also the ‘how’, when are trying to make things happen.”

What have been the most striking changes during your 20 years at Bailey?
“Without doubt it’s the growth in the company and changes in the product we make. When I started I was employee number 113, now we have more than 450 people on the books. 20 years ago our best selling caravan was a two berth end washroom layout. Since then caravans have got bigger and heavier as towcars have become more competent.”

Do you make use of Bailey leisure vehicles in your free time?
“Yes, I’m a passionate caravanner and the company has a fleet of vehicles for the staff, including me, to use. Some are already sited for those who don’t want to tow. The popularity of the scheme is such that places are always fully booked. I also spent three weeks in a Bailey Melbourne manufactured caravan over Christmas, covering some 2,500 km in the Blue Mountains west of Sydney”

How do you think leisure vehicles of the future will look?
“Caravans will start to get smaller again and there will have to be a lot of ingenuity around weight reduction. To satisfy the need for family caravans we’ll have to look at expanding units and pop tops. I don’t think the consumer will allow us to reduce specification levels so we will have to be more creative in the materials we use.”

Does Bailey help the local community in any way?
“We are the biggest employer in the south of Bristol area where we’re based. The majority of our employees walk or cycle to work. We now have third generation family members coming through and operate a government-supported apprenticeship scheme that leads to formal qualifications in manufacturing. In addition we support local schools and col  leges and have open days where we show them what we do.”

You’re a keep fit fanatic – does that help you cope with the demands of the job?
“150% it helps. I’m fortunate to have a very supportive wife and family. Training with friends is a great way to clear your head of the daily concerns and to detox the mind and body. At 48 I’m still racing and doing triathlons.”

What are your hobbies – what do you do in your non-work time?
“Apart from training to be a triathlete I enjoy playing the Spanish guitar. It’s a marvellous way of relaxing.”

What are your future goals?
“It’s to continue the journey we’ve started, particularly with regard to Project Aurora. We have a plan in place to completely rebuild our production facility. It’s a £20m project that will take 3-4 years to complete but we have full planning permission and the support of Bristol City Council.” In a world where large companies increasingly dominate the RV market it’s refreshing to find a family business carving a niche for itself with a unique product offering. It’s also refreshing to find a company where doing a good job and providing a faultless ownership experience are more important than short term financial gains. Next year Bailey celebrates 70 years of continuous production and there is no doubt that under Nick’s leadership it will continue to grow and prosper for decades to come.