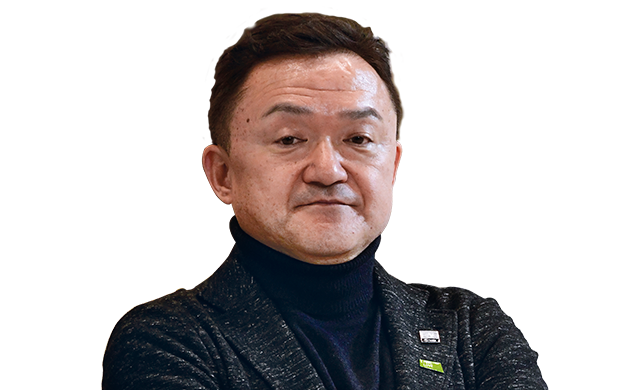 Aboutcamp BtoB: Could you please tell us when and how the LAC Group has been formed?
Hideaki Yamada: LAC Group is made up of several companies, so I will explain from the one that I founded. Deltalink was established 26 years ago and initially we were a dealer of RVs. Before the foundations, I worked for another RV manufacturer, so all of my professional life I have been in the RV market. After some years of managing the dealership, I realized that the margins are quite limited and to improve the company situation, about 14 years ago, Deltalink started to design its own original vehicles. In those days, we outsourced the manufacturing to these models to other domestic companies. Also, around the same time we started to look into importing foreign brands. The first foreign brand we started to import was Adria. In the next step, 10 years ago, I set up a company in Korea with the target to import and distribute Adria for Korea. With the successful increase of foreign brand sales, Deltalink took the next step by forming the LAC Group 3 years ago. This step was taken for two main reasons, insourcing the production of Japan designed RVs and decreasing the risk association with doing a high ration of imported vehicles. Although foreign brands are very important for LAC Group, the threat of a local regulations change causing a business stop is real. With the formation of the Group, we gained as strong production base in Japan and China while the combining of all partners created a strong dealer network in Japan and Korea.

Aboutcamp BtoB: Is Adria a successful brand in Japan?
Hideaki Yamada: In terms of turnover and number of units sold for Deltalink, Adria makes up the biggest percentage. From all of the brands which are imported from Europe, Adria has the highest number of sales both in Japan and Korea. In Japan, we sell a very high percentage of motorhomes vs. caravans; but in Korea due regulations preventing the import and registration of foreign motor vehicles, we only sell caravans. Due to the success we had with Adria, from last year, we also started the distributon of Niesmann + Bischoff here in Japan, however due to the Korean regulations, we don’t sell the motorhomes there. In addition, from my understanding, right now in Europe Adria is having about 7.5% of the overall market; with 15,000 units, however, around 10 years ago, when I started to work with them their production was only 9.000. This is a amazing growth and I thinks there are 3 main reasons that attribute to this success:
1 – The continued improvements in production
2 – Great distribution concept
3 – Excellent dealership network and support
In addition, Adria pricing is quite aggressive and competitive compared to other foreign brands, but there is no compromise on quality. In Japan the foreign RV brand sales volume is still quite limited. Typically, the approach is that if you sell just a few, you allocate a large margin on assure profit, however, my idea is to set smaller margins, so that I can sell many. For me, the main thing is that I enjoy selling RVs; it is actually the only business that I have ever done and is the only business that I want to do. 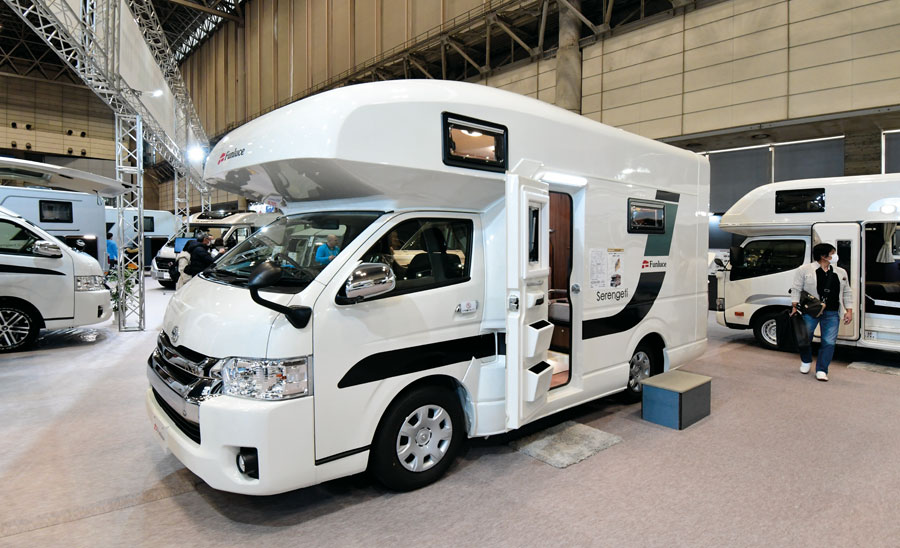 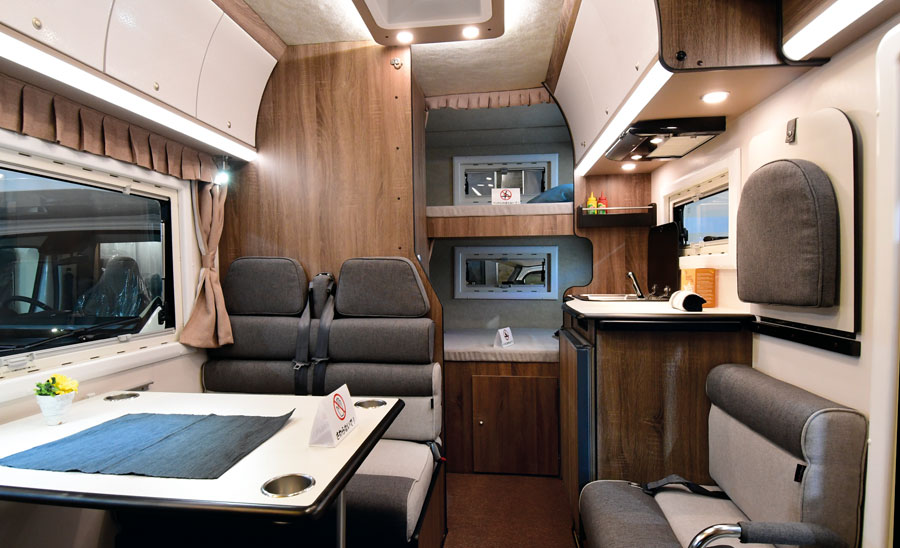 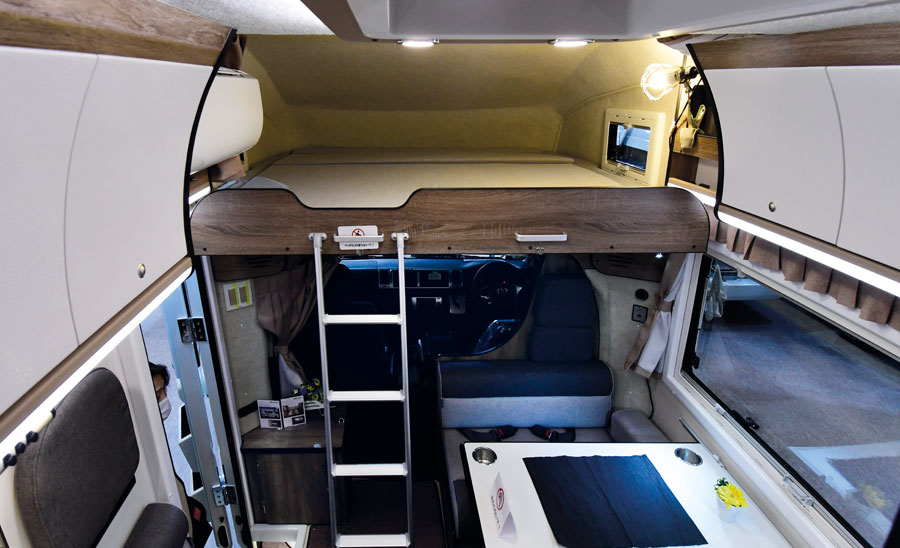 Aboutcamp BtoB: How is your dealer network structured?
Hideaki Yamada: Both in Japan and Korea we have our direct dealers who are part of the LAC Group and external partner dealers. In Japan we have 4 own dealers and X external dealers. In Korea, we have 2 own dealers and X external dealers. In both countries the sales done through our own shops represent about 50% of the total business. For us to keeping a good relationship, providing strong support and allowing the dealers to grow is most important. One of the challenges of the network is that although there are a lot of places that can fix an RV, there exist very few places which can service the base vehicle and the RV in the same locations. Due to lack of service from the base vehicle manufacturer in Japan, as an importer we are challenged with servicing the whole vehicle by ourselves. This is also one of the reasons why we established in key geographical locations our direct shops that can directly fix the whole camping car. We are importing all foreign vehicles on the Fiat Ducato chassis, but this vehicle is not sold in Japan. Therefore, we developed and train our own dealer network. As all of our dealer shops have the Fiat Diagnostic Tool it allows us to address any issues that arise with the vehicles. We are, of course, able to access any recall notifications or perform software updates. This important diagnostic tool can be provided to our Japanese dealers thanks to the excellent cooperation of Adria and a Slovenian Fiat Dealer. In the end this results in better support for our dealers and of course the owners of the vehicles.

Aboutcamp BtoB: Is the Fiat Ducato so important in Japan?
Hideaki Yamada: Yes, it is very important from my point of view. Several years ago, Mercedes Benz blocked the import of the Sprinter van and Sprinter based vehicles to Japan. Also, neither VW nor the other European makers sell their commercial line-up in Japan. For our company and other importers, all vehicles imported in Japan are on the Ducato base, so the vehicle is key. With regards to the vehicle itself, if compared to the Japanese base vehicles, mostly coming from Toyota, the Ducato with its equipment, driving performance and comfort is far, far ahead of the Japanese ones.

Aboutcamp BtoB: What is your feeling about the market?
Hideaki Yamada: Let me talk not only about the Japanese market but of all the Asian market. The overall market, including China, Korea and Japan continues to increase. In the future, the Asian market and the European market could become very similar in size, so it’s important to take care of this opportunity from the beginning. In my opinion, the next generation that follow us will see the flower blossoms coming from the efforts that we are currently making. For example, if you look at the percentage of people in Japan who are using RVs versus Europe, the percentage is about 1 to 10. One reason for this is the fact that Japan is an island and the country itself similar to Germany in landmass is small. This fact is even more relevant for Korea which has a landmass ¼ the size of Germany. From few years ago, I have put an effort into easing RV travel between Japan and Korea and have made the journey personally several times, however, despite the two countries having a vehicle ferry connection, due to various import customs laws; the procedure of crossing with an RV is still very complicated. Nevertheless, I am positive that in the future this will become easier and crossing also to China will become feasible. Once this kind of travel option starts to exist in Asia, the population of camping cars will easily multiply by a factor of ten. Although this may seem farfetched at the moment, actually, as part of the Asian Highway Network, there is a route called the Asian Highway 1 (AH1) which starts from Tokyo, Japan and after 20,557 km (12,774 mi) joins with the Trans-European Motorway. (E80) I believe that in the future this kind of travel will become easier to do and in order to accomplish this, the step from Japan to Korea then to China is key. 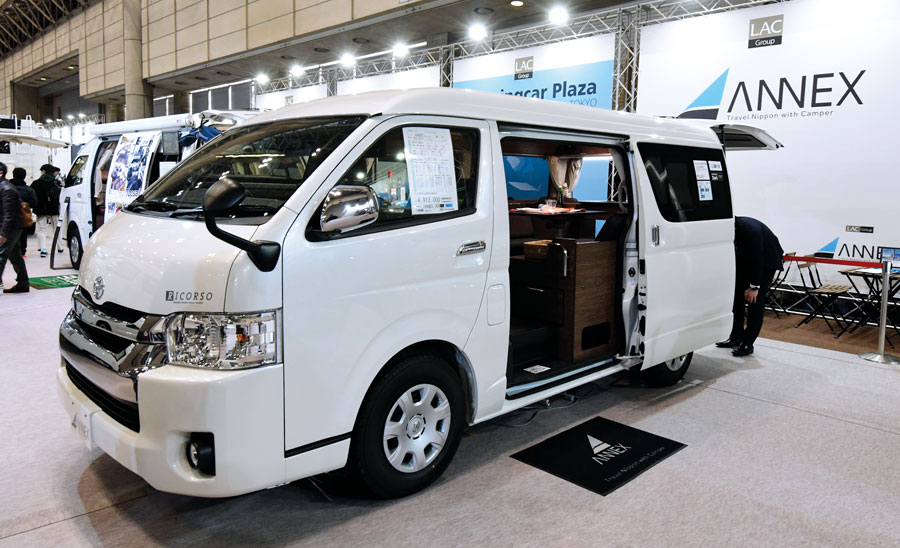 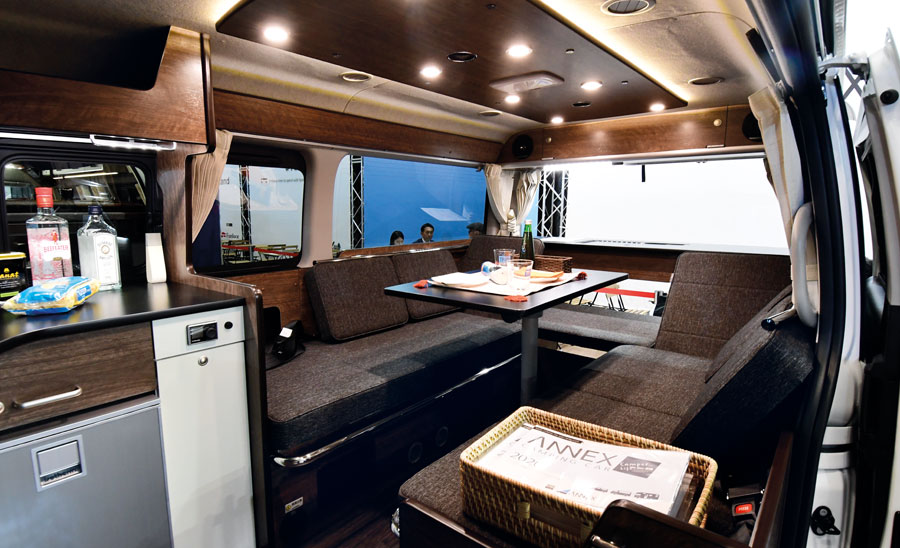 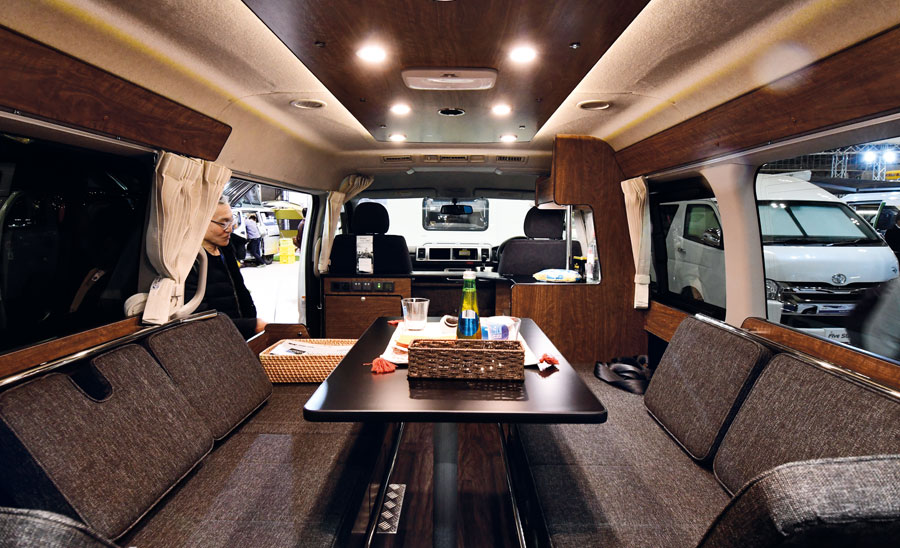 Aboutcamp BtoB: Do you think China should be an interesting market for LAC Group in the future?
Hideaki Yamada: About 10 years ago, I came very close with Deltalink to establishing a company in China. Due to some issues at that time, I had to stop right before the incorporation. Still, as China is the biggest landmass and has the highest population in Asia, sometime in my lifetime, I would like to try the challenge of selling camping cars there. Actually, I am quite convinced that it doesn’t matter if LAC Group tries this challenge in the US, Europe or China as the Japanese service we provide to our end customers by far exceeds what is available in other countries. With the formation of the LAC Group, we have a production facility based in Dalian, so the target is one step closer. In my view, Japanese quality production and end customer service, we may have the winning combination; however, our group will still need a few more years to take this exciting step forward.

Aboutcamp BtoB: You told us the market is going to grow in the future. Could you be more specific?
Hideaki Yamada: In the next 7 to 8 years, the market will continue to grow due to the Japanese population over 50, which is for me the biggest costumer base, continuing to increase. However, the threat that I see is the ratio of this older population compared to the population between 15 to 50 years old is very unbalanced in Japan and unless some big changes are occurring in the demographics of the Japanese population. This shift will most likely be the biggest decrease in population that has ever been seen in the world and if one looks at the situation 15 years from now, the number of people in the segment which represents the potential customer for RVs will definitely shrink. Consequently, the only way to counterbalance this will be to increase the share of people who are using the RVs; thus, less people, but amongst them, more users. In Europe, the record number of units sold, including both caravan and RVs, was approximately 300,000 units; however, in the worst period the production dropped down to 138.000 units. During that critical period, a lot of mergers occurred, with strong groups emerging as the result. Looking at that situation and taking it as an example, I decided that now would be a good time to take early counter measures for the future. One of the key ideas of the LAC Group is to provide the end user with bigger showroom and a wider range of products to choose from assuring that they can find what they are looking for and come away a satisfied customer of the Group.

Aboutcamp BtoB: And as the last question, could you tell us what are the most requested models in the LAC Group?
Hideaki Yamada: For Deltalink, the most popular vehicle is the Darwin which is a Hi-Ace based model. For Annex, the most popular model is the Liberty which is a based on the 2.5-ton truck cab conversion and for Camping Car Land the Funluce, the cab conversion based on either the Hi-Ace or the 2.5-ton truck is the most popular model. In terms of the appeal of our vehicles to the end user, for Annex and Deltalink we are using very high-level fabrics, from Capiro. Deltalink was the first to incorporate the Capiro fabrics into their vehicles and we chose the highest grade which includes the anti-stain Teflon coating. In addition, for the furniture we use Melamine which is very tough and scratch resistant material. Due to the use of such materials, our vehicles do not suffer from the typical aging factors so much. Thanks to this, the resell value remains high as the vehicle looks quite brand new even after many years of usage. This and the generally careful usage of the vehicles by the Japanese users leads to a long lifetime of most vehicles.