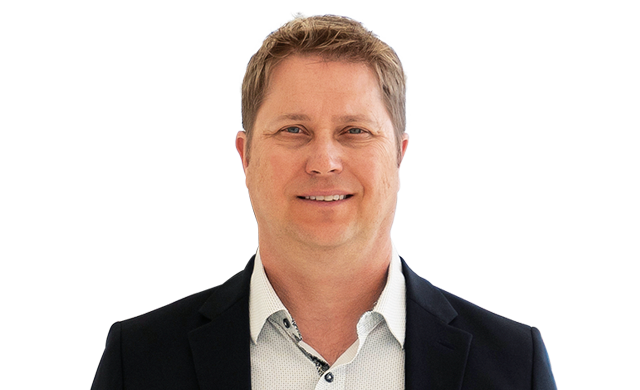 A simple strategy: differentiating on service

As Pleasure-Way RV celebrates 35 years as one of the top Class B motorhome builders in North America, president Dean Rumpel sticks to a simple strategy of differentiating on service

Although most people in the RV industry describe Dean Rumpel as innovative and forward-thinking, the amiable president of Pleasure-Way RV laughs at the thought and says he’s actually fairly old-school in his approach. The reality is a bit of a dichotomy, he admits, and one best illustrated by the company’s telephone system.
“I think we might be the only RV manufacturer in existence today that doesn’t have voicemail,” explains Rumpel. “I can’t stand voicemail. We have real live human beings answering the phone, so that someone calling in can actually get the help they need instead of having to fight with an automated system.”
While it might be tempting to think that having the factory phone answered by real live people is indeed a bit old-fashioned, Rumpel’s dealers, end-user customers and competitors alike view his approach as fresh thinking and a clear point of differentiation that speaks to an overall commitment to superior customer service. That strategy lies at the core of the enduring success enjoyed by the privately-owned Class B motorhome builder as it competes in an industry sector dominated by corporate giants.

Pleasure-Way
Based in Saskatchewan, Canada, Pleasure-Way is a comparatively small motorhome manufacturer, especially when viewed against massive competitors like Winnebago and Thor Industries. Yet in spite of its smaller scale, Pleasure-Way has proven itself a true giant killer, with the company commanding an eye-popping 40 percent of the Class B motorhome market in Canada and over 10 percent market share in the US. Those are impressive numbers, especially in a segment with a rapidly-growing number of players. “Today it seems like everyone wants to get into the Class B business, so we’re seeing more and more competitors all the time,” admits Rumpel. “But we’re comfortable where we are. We’re very happy to let others compete on price while we focus on building the highest-quality motorhomes available, bar none.”
That’s been the company’s core strategy since Rumpel’s father Merv founded Pleasure-Way in 1986. “Because my father had previously been a successful RV dealer, he knew what buyers wanted and he knew a lot of other dealers,” says Rumpel, 54. “So it really wasn’t very difficult to find dealers willing to take on the product. I think we sold 10 or 12 vans in 1986, which was our first full year of production.” 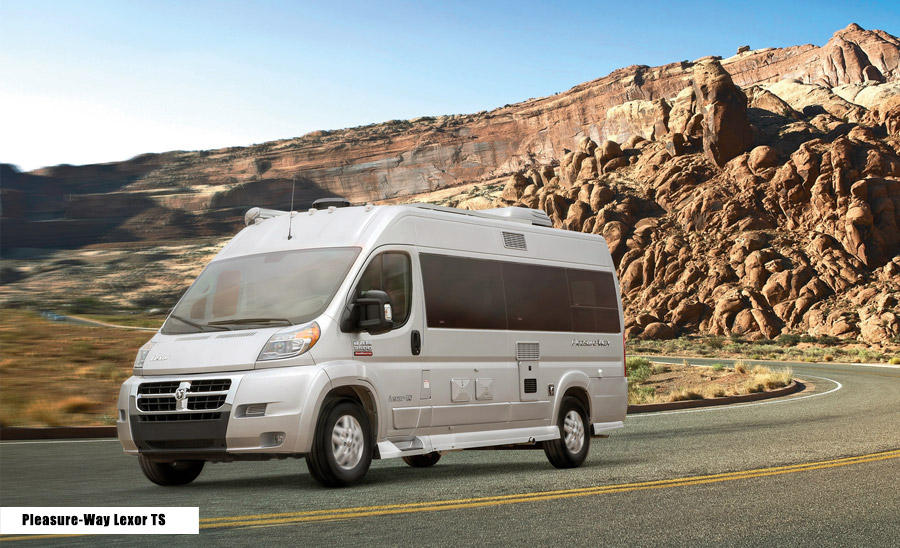 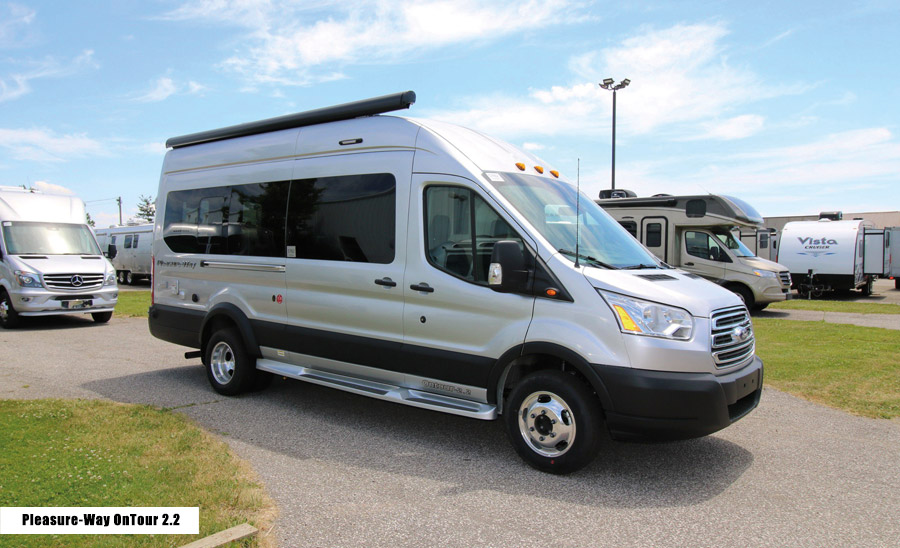 That total went up to 77 units the following year, and nearly doubled again in 1988 when the company sold a whopping 120 Class B motorhomes and began gaining dealers in the US.
From the fledgling company’s original eight employees, Pleasure-Way today employs 225 people who produce a full line of eight different Class B models. “We have three different motorhomes built on the Dodge Ram ProMaster chassis representing the entry-level product, and two models on the mid-range Ford Transit platform,” says Rumpel. “And at the high-end we have three models on the Mercedes-Benz Sprinter chassis, which is soon going to be four models as we’re seeing increased demand for the higher-end product.”

Handmade
To this day, all Pleasure-Way motorhomes are built by hand on the shop floor by skilled craftsmen, often working in the company of a junior apprentice so that their unique skills can be passed along to the next generation. There is no automation, there are no robots, there is no assembly line. Individual components are measured, constructed and hand-fit to each individual chassis in order to accommodate the slight tolerance differences that exist from one unit to the next. Custom cabinetry isn’t purchased, but hand-built on-site at Pleasure-Way’s own dedicated mill shop. Between all of the hand-cutting, shaping and finishing, it takes an average of 22 hours just to complete a single set of cabinet doors. The high level of precision has led to Pleasure-Way sometimes being described as the Rolls Royce of Class B motorhomes. 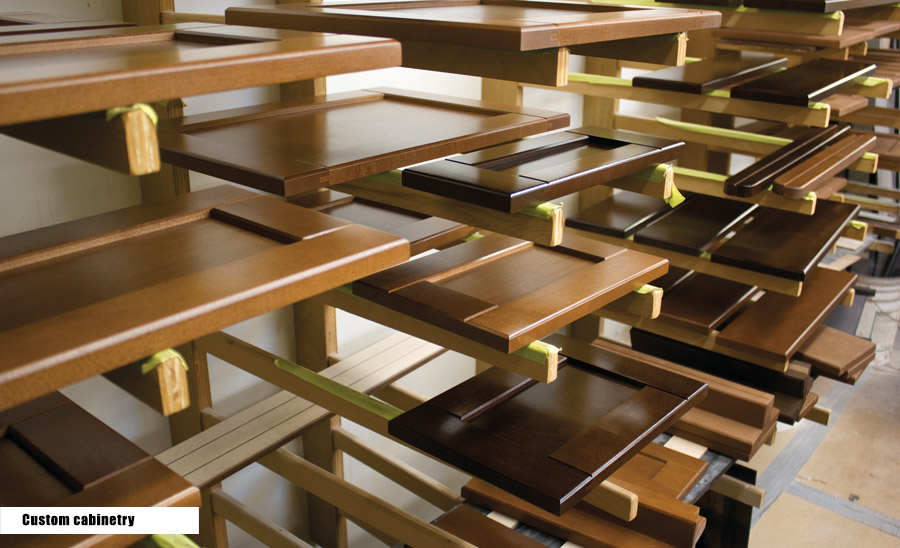 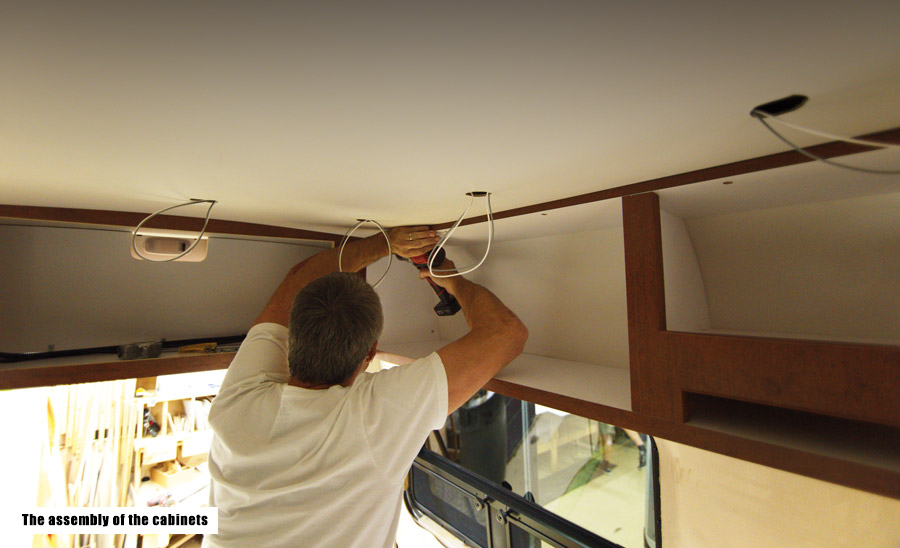 On average, it takes about six weeks and more than 400 hours to complete a Pleasure-Way motorhome, says Rumpel. It’s an approach reflected in the company’s advertising tag line, “Created, not manufactured”, and one which allows Pleasure-Way to stand behind its products with a full five-year warranty.

Work ethic and quality strategy
“The cornerstone of Pleasure-Way Industries Ltd. was built upon my father’s old-fashioned work ethic, his intense pride in craftsmanship, and a ‘customer comes first’ approach to doing business,” says Rumpel. “We are proud to follow these same principles today. Even now, in our 35th anniversary year, we still do not mass produce our motorhomes on assembly lines. Each motorhome is hand-crafted and custom-fitted to the most exacting standards and the most stringent quality inspections in the industry.”
A happy side benefit to that focus on quality strategy has inadvertently helped to protect Pleasure-Way from the brutal Covid-related supply chain disruptions that have plagued other RV manufacturers across much of North America over the past several months. Being so highly vertically-integrated has allowed the company to better manage the flow of parts within its plant, while a willingness to purchase higher-grade equipment from third-party vendors has protected it from competition for more pedestrian components. “We’ve been fairly lucky to escape the worst of the supply chain disruptions because of the companies that we’ve partnered with,” explains Rumpel. “Truma, for example, has been very good to us, and so has Fiamma who provide our awnings. Because of what we do, we’re not necessarily using the same furnace that goes into 200,000 travel trailers, as an example, so we haven’t been impacted by supply challenges as much as some other manufacturers have. There are always a few things, of course, but the nature of our product means we’re using higher-end components to begin with, and they’re simply not subject to the same level of demand.”
“Beyond that, we don’t operate assembly lines where we’re on a just-in-time delivery model,” he adds. “We don’t face that same risk of having everything grind to a halt if some component is delayed or doesn’t show up.”
The other benefit to its focus on quality is that Pleasure-Way enjoys one of the lowest warranty claim rates in the North American RV industry. Not only does this ultimately lower costs for both Pleasure-Way and its dealers, having everything work the way it should right from the start contributes to the company’s ability to foster long-term loyalty among end-users. 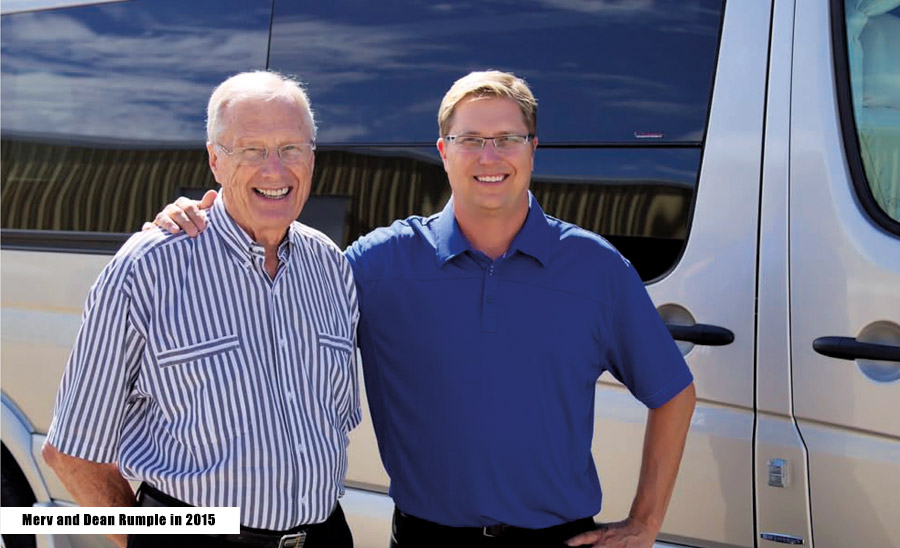 It’s an approach that builds loyalty within the company as well. More than 30 percent of Pleasure-Way’s employees have been with the company for 10 years or more. Many have been there for more than 20 years, and some have been there since the very beginning. Today, there are even multi-generational employee families. “These people all take great pride in what they do and the role they play in making our motorhomes unsurpassed in the industry,” says Rumpel. “Their dedication and commitment to quality is evident in every detail in our coaches, and in our superior customer service. There’s a level of pride there that is absolutely tangible.”
That too sounds remarkably old-school yet somehow, also fresh and forward-thinking at the same time.
Dean Rumpel’s dichotomous approach to building Class B motorhomes is indeed unique in today’s age of automation, but it’s a strategy that resonates with buyers who appreciate old-world craftsmanship and a level of authenticity that’s frequently lacking in high volume, serial-production RVs. It’s a big reason why Pleasure-Way motorhomes are a rare find on the resale market – in spite of the brand’s significant market share.
Further, those that do wind up for resale as dealer trades tend to hold their value exceptionally well. “We saw one Pleasure-Way unit on the used market not long ago, and the asking price that was basically the same as its MSRP was when it was new,” says Rumpel. “That ability for the motorhome to hold its value like that reflects on the way that they’re built. And that, in turn, is reflected in our ability to offer better customer service. If an owner has a plumbing question or an electrical question, they can call us and if we don’t know the answer, we can walk out onto the plant floor to the plumber or the electrician and ask them directly. No one else does that. The units hold their value because we can stand behind them in a way that no one else really can.”

Looking ahead, Pleasure-Way faces a prosperous future as it celebrates 35 years in the RV industry. With the third generation of the Rumpel family now actively involved in the business, the company’s strategy of blending old-world craftsmanship with next-generation thinking assures it of continued success in a highly competitive category.