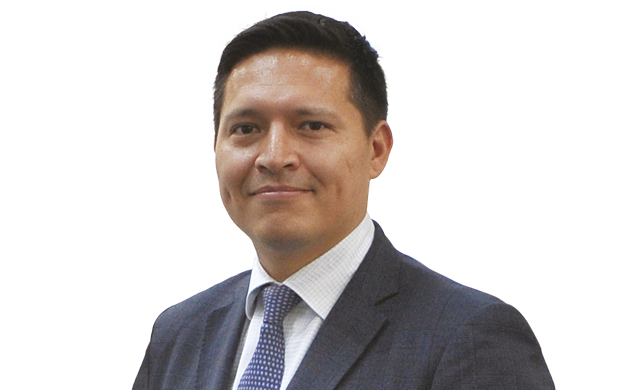 Face to face at Caravan Salon Düsseldorf with the new executive officer of Germany’s Caravanning Industry Association (CIVD), Daniel Onggowinarso: a younger manager with great experience in the sector, plus a clear vision of the market and strategies to develop.

Daniel Onggowinarso (40) took over the position as Executive Officer of the Caravanning Industry Association (CIVD) in Germany in 2017. He succeeded Hans-Karl Sternberg, who died unexpectedly in September 2016. Onggowinarso now represents the interests of all companies in the caravanning industry. The CIVD champions almost any German and European manufacturer of caravans and motor caravans, as well as their suppliers, and service providers in German and European political committees. As a graduate engineer with an MBA and international experience, Onggowinarso joins the CIVD from the Shanghai Vohringer Wood Product Company Limited, where he was the Chief Investment Officer and Deputy Executive Officer of the group’s Joint Venture in China. During his stay in the country, he was also representing the CIVD to Chinese authorities.

Aboutcamp BtoB: The German market has reached record levels: what are the reasons for this boom?

Daniel Onggowinarso: This has been the most frequently asked question in the past years and I believe we shouldn’t talk about a “boom” or “hype” anymore. These terms imply a short-term nature, whereas I personally see a long-term trend. It goes without saying that during this journey there will be ups and downs, yet the market will grow on a sustainable upward trajectory. There is an abundance of reasons and it is not just owed to the favourable economy and low interest rates. I don’t want to go into the whole mega trends – evolutionary or revolutionary – discussion. However, demographics most certainly play a bigger part in this equation. What we have noticed and accomplished, though, is that caravanning as a lifestyle has become extremely popular amongst all parts of society and it perfectly caters to nowadays’ Zeitgeist enabling us to not just strengthen the existing customer base, but also to successfully reach out to new target groups.

Aboutcamp BtoB: Are there signs of a slight decline in the future? What is your forecast?

Daniel Onggowinarso: By the end of this year, we will most likely have reached over 70,000 new registrations of leisure vehicles in Germany. This will be the 5th record year in a row. To be frank, when looking at the figures I sometimes also ask myself this question. Yet, under the current circumstances and without any unforeseeable external events, I always come to the assessment, that for the time being I am strongly confident in the market. I, thus, expect both markets, Germany and Europe, to further grow in 2019.

Aboutcamp BtoB: In the global scenario, what is the role of the German industry in non-European markets and what could it be in the future?

Daniel Onggowinarso: To answer this question, we need to clearly differentiate between manufacturers and suppliers. Manufacturers have always been monitoring those markets very thoroughly and ceased opportunities as they came along. North America is as tough a market for German RV manufacturers as is the EU for American ones. Markets and products had not really matched well in the past. Recently, with a growing demand for smaller Type B and towable units, North America has become more interesting. Australia is definitely a considerable yet difficult market, which the Aussies manage to protect quite well. Historically, European import products have faced their challenges there. Looking at Asia, I want to quickly summarize: Japan – not a caravan market and due to the specific needs there not a big market for motorized product. Korea – on a low scale interesting for caravans and extremely difficult for motorized products as the market calls for petrol engines. China – much potential to grow into a significant market, yet I am not sure if there will be much space for import products in the future. Motorhomes should reach interesting numbers faster than caravans, though. I trust that Japan and Korea can be dealt with via Germany, but to be successful in China in the long run one would have to physically be there. As regards German suppliers, I believe that most of them have already been successfully present and active on all global RV markets for many years.

Aboutcamp BtoB: Germany is a unique case on the European and perhaps world scenario where two trade fairs (Caravan Salon Düsseldorf and CMT Stuttgart) have reached very high levels of popularity. What are the reasons for this success?

Daniel Onggowinarso: We have to differentiate again here. The CMT is a general tourism fair where you can find all sorts of interesting destinations and holiday forms presenting themselves. However, the caravanning part of it has grown significantly, which shows us that caravanning clearly outperforms other travel offers. The Caravan Salon is the undisputed highlight not just for the industry, but also the media and most importantly the customers. Whereas the CMT has a more regional aspect, the Caravan Salon attracts international attention. Overall, both shows are well managed, have a great level of quality and product display, but it goes without saying that they of course also benefit from the thriving growth of the market.

Aboutcamp BtoB: These two exhibitions are also organizers of two events in China that are growing year after year. What is your vision of the Chinese market? Is it destined to become the second most important market in the world? How long will this take? And what role could Europe play in this market?
Daniel Onggowinarso: As mentioned before, the Chinese market has a great potential. However, having lived and worked there, partially also for the RV industry, my enthusiasm is more conservative. The market is highly subsidized there, oftentimes for the wrong reasons. I believe lot of the buzz will consolidate over the next few years into the real Chinese RV market, with real players on the industry and customer side. The truth though is, that once things get started in China they in general really go-off. To become and remain a player on this market you’d have to already be there when this happens.

Aboutcamp BtoB: What are the initiatives that the CIVD puts in place to promote the recreational vehicle sector? And what were the most successful activities in the recent past?
Daniel Onggowinarso: In 2012, the CIVD initiated and launched the first ever nationwide caravanning tv campaign. In the meantime, we have enhanced and updated the campaign several times and won several awards for our efforts. In October, we will launch our new campaign that will raise our marketing efforts to a new level. It not only includes much more emotional and authentic tv commercials, it is a fully-integrated, 360-degree campaign with a completely refurbished website and a strong focus on online channels and social media through which we will target additional and younger audiences. On top of that, we will deploy the full repertoire of modern communication to further promote the image of caravanning in a positive way, to further raise awareness and to captivate ever more people for our lifestyle.

Aboutcamp BtoB: In Germany, the campervan has reached unexpected sales levels. Is it just a passing fad or this trend will remain unchanged over time or even grow? Are the builders the actors or the spectators of this change?
Daniel Onggowinarso: Thankfully, we have seen growth over all RV segments in the recent years. As mentioned before, we expect the market to further grow and a significant contribution to that will come from the campervans. However, for the time being low profiles are still leading the sales figures in Germany. RV manufacturers are of course the actors as they adjust their product portfolio with the increasing demand and are providing ever more interesting products, which can impressively be seen when walking these halls.

Aboutcamp BtoB: What is the role of Eastern Europe in the European market and how does it influence the sales of German producers?
Daniel Onggowinarso: We unfortunately have little facts and figures regarding Eastern European markets. To call it uncharted territory for German manufacturers would be wrong. However, these markets have played a minor role in recent decades when it comes to new vehicles. For the German industry, Eastern Europe has, so far, mainly been a market for used vehicles. Yet, we are monitoring it carefully, as change could occur soon when the economic situation in those markets continues to develop.

Aboutcamp BtoB: The caravan market is falling also in Germany. What is your vision of the future of this product and why are the consumers moving towards the motorhomes?
Daniel Onggowinarso: I am not completely agreeing with this statement. The caravan market rose by an impressive 15 percent last year. We anticipate a solid growth of 6 percent in 2018 and we don’t see indicators for a sudden decline. Caravans not just have a loyal core target group, a ‘critical mass’ of customers if you will, but they also start to attract new customers again, which we see in market research, here at the show, and consequently in the sales figures.

Aboutcamp BtoB: What impact will there be for the exit of Great Britain from the European Union towards German manufacturers of recreational vehicles and components?
Daniel Onggowinarso: The Brexit already shows effects on the British market as registrations of leisure vehicles declined by more than three percent in the first half-year. For 2018 Germany will most likely have surpassed the UK as Europe’s largest caravan market. I think it will be a bigger challenge for UK manufacturers than for the ones in Germany and in essence Continental Europe. Due to the decline of the pound, British manufacturers pay higher prices for components of continental suppliers, thus, either making British vehicles more expensive or lowering the manufacturers’ margins. On top of that, we have seen many strategic acquisitions there by Continental Europe manufactures, which by doing so establish a stronger local presence. This might be necessary should terms of trade between the EU and the UK change.