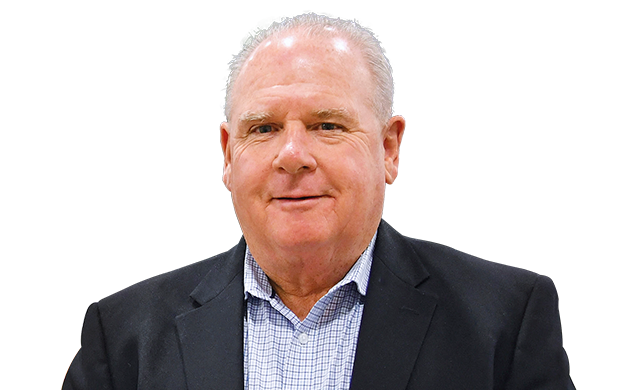 On The Road Again

With new ownership and new management, Roadtrek Inc. reinvigorates an iconic brand and brings Class B innovation to a new generation of buyers.

In many ways, everything old is new again for Canadian Class B motorhome manufacturer Roadtrek Inc. It’s a welcome state of affairs for the legendary brand, which in happier days enjoyed iconic status in North America as a leading manufacturer of premium travel vans. That changed in February 2019 when news of financial irregularities involving the top executives at Erwin Hymer Group North America, which owned the Roadtrek brand, sent shockwaves throughout the industry. The so-called irregularities – reported to include false invoices paid to family members of key managers, falsified titles, inflated sales figures and inventory discrepancies totalling between $70 and $100 million – were discovered in the course of a financial audit related to Thor Industries’ interest in acquiring Erwin Hymer Group worldwide. In short order Erwin Hymer Group North America was excluded from the acquisition proposal, an external investigation into its activities was launched and the company placed into receivership by a Canadian court, leaving its 850 employees out of work and a reported 900 creditors on the hook for receivables totalling $275 million. 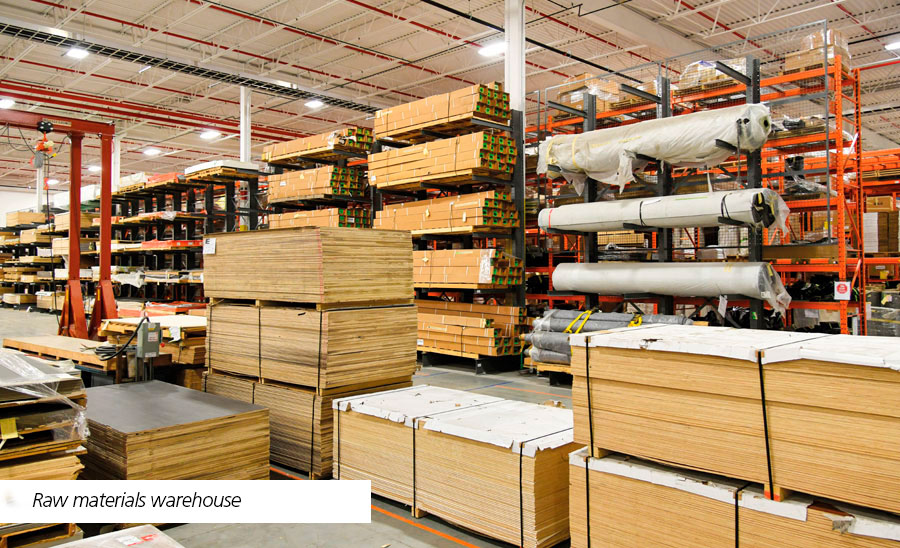 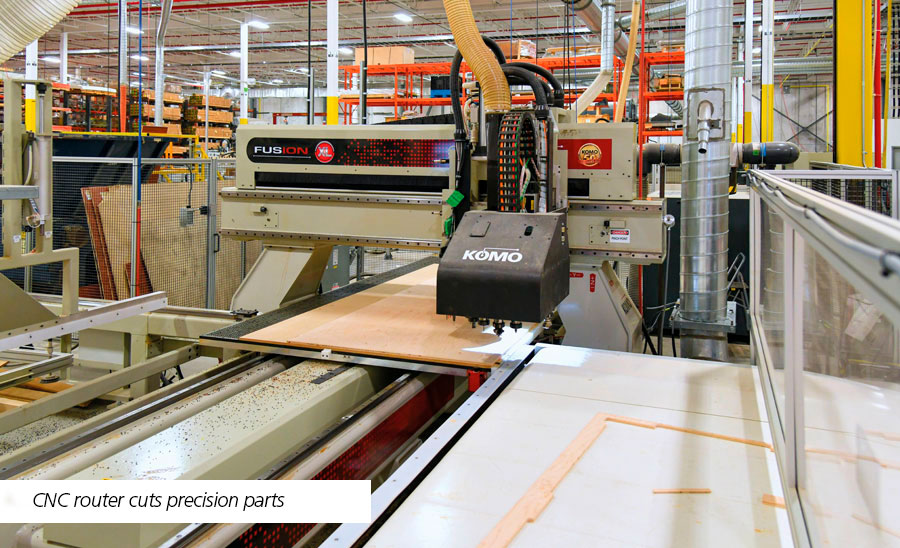 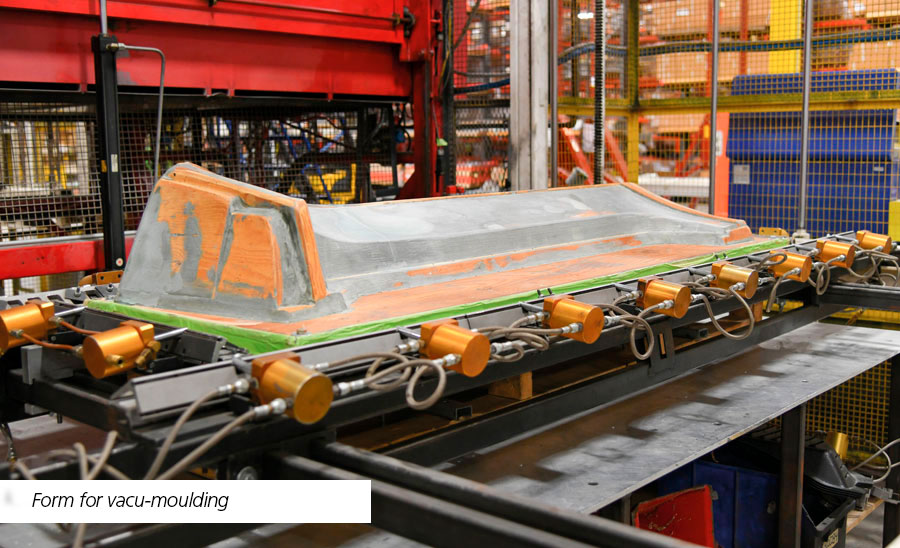 It also left the powerful Roadtrek brand, with its decades of good will, facing an uncertain future.
The subsequent acquisition of the Roadtrek brand and key brand assets by Mayenne, France-based Groupe Rapido in April 2019 not only provided a secure future for the marque, but evidenced the official return of Groupe Rapido to the North American market where its subsidiary, Westfalia, enjoyed a strong presence in the 1960’s and 1970’s.
Now securely under the Groupe Rapido umbrella, things began to move quickly for Roadtrek. By July, an all-new company – Roadtrek Inc. – was officially launched, operating from a modern production facility in Cambridge, Canada with production focused on its core products – the CS Adventurous, RS Adventurous, E-Trek, SS Agile, Zion and Zion SRT models, built on the Dodge Ram ProMaster and Mercedes-Benz Sprinter van chassis.

Back To Work
Roadtrek’s return to the industry occurred barely two months later, when in September the company exhibited at the 2019 RV Open House in Elkhart, Indiana with Groupe Rapido President Pierre Rousseau and CEO Nicolas Rousseau both in attendance to personally meet with former and potential Roadtrek dealers. Displaying all six models in its line-up, Roadtrek was warmly received and drew considerable interest from across the industry, speaking volumes about the enduring strength of the legendary brand.
Barely three weeks after the Elkhart Open House, Roadtrek found itself making headlines again with the announcement that Groupe Rapido had appointed RV industry veteran Dane Found as Roadtrek’s new CEO. Full production of new vans commenced the following month, then in January 2020 Roadtrek Inc. exhibited for the first time at the Toronto RV Show and Sale, marking the new company’s debut at a consumer RV show. Exhibiting with a local dealer, it promptly sold its first unit at retail – a 2020 Roadtrek Zion.
“We were very proud to be able to show the Roadtrek community how hard we have worked over the last five months, and how we have made quality our number one priority in the company,” said Found.
To say the past year has been a whirlwind ride for Roadtrek would be a colossal understatement. Yet with all the changes the company has been through, employees seem more optimistic than ever about the future. “Some things went more slowly than one might hope, but that’s because we are a brand new company,” explains Found. “What that means is that absolutely everything that we had to do, we had to do all over again from scratch. People outside the firm thought okay, no problem you already have RVIA certification or Transport Canada approval or what have you, but in reality you don’t have any of those things because the past certifications do not transfer forward to an all-new company. So we needed to start fresh. We had to get RVIA certification, and in order to get that we had to have NHTSA approval. So we have to do that application and then it goes to RVIA. We had to start all over with CSA certification as well – not just once, but individually for almost every US state that we want to do business in, because most of them require their own separate licenses. So it did take a while to go through all of those approval processes.”
Approvals gained, the company is now focused on doing what it does best – producing innovative, high quality Class B product. 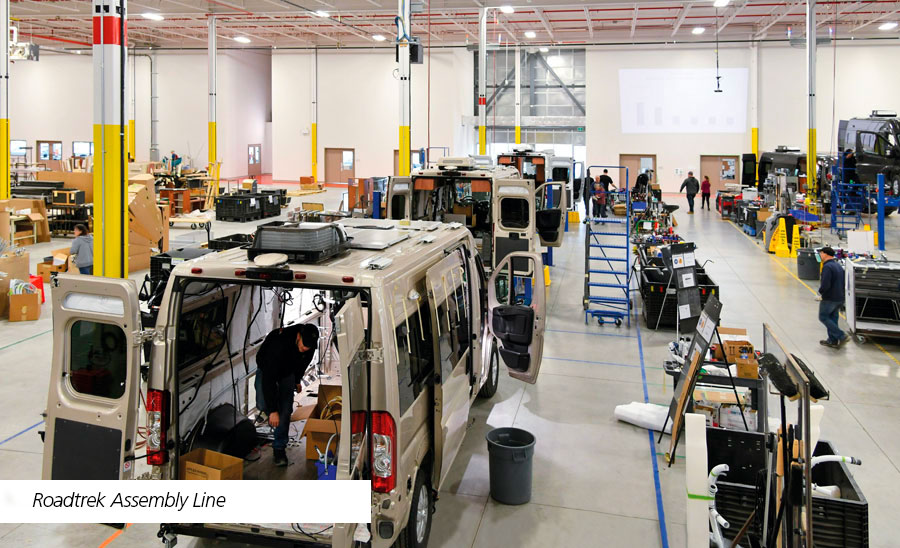 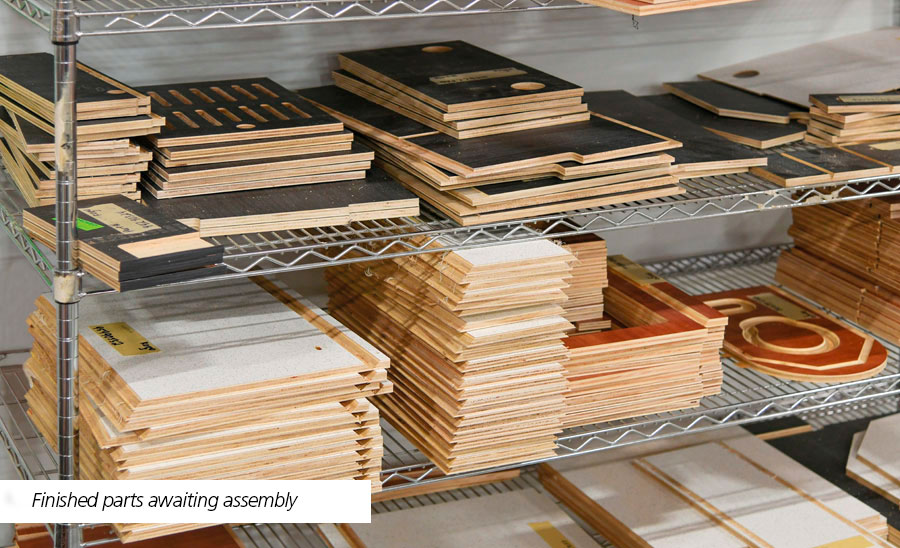 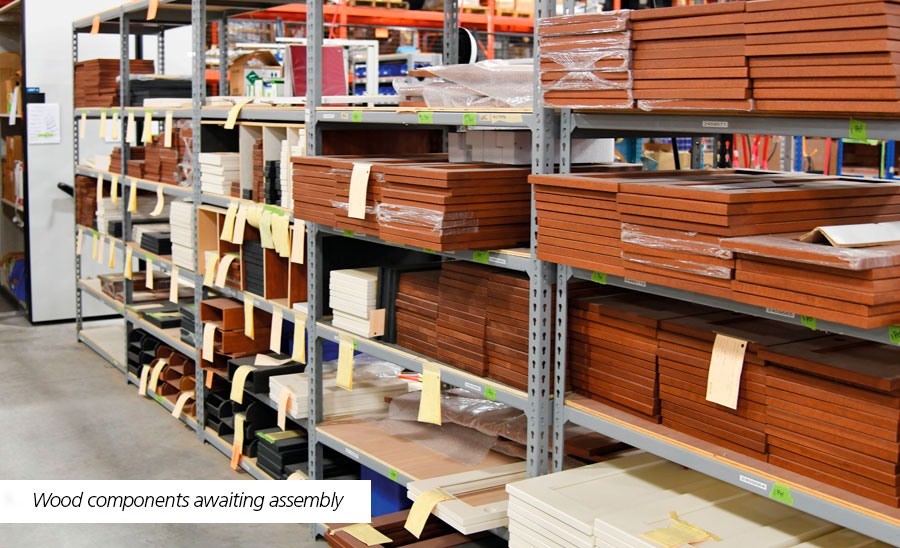 Roadtrek today operates from a new 14,492 sq m production facility that is dust-free and spotlessly clean throughout, reflecting not only a corporate commitment to providing employees with a safe and efficient workspace, but a palpable sense of pride and stewardship that is plainly evident among the plant’s 84 employees – many of them long-term Roadtrek staff who have been with the brand for up to 30 years. The plant’s bright interior features height-adjustable workstations intended to protect employees from fatigue or injury caused by having to constantly bend or stretch in order to complete assembly tasks. The adjustable workstations also contribute to Roadtrek’s quality targets, by facilitating component assembly and ensuring finished product won’t return under a warranty claim. “Screws go in straight, trim pieces are correctly aligned, and the overall fit and finish of the end product is just so much better,” says Found. “And no one’s getting injured by having to twist or stretch to reach tough spots.”
Ironically enough, since its rebirth the greatest challenge facing Roadtrek has not been signing dealers or selling product. It has been managing its growth to ensure long-term, sustainable profitability. “By our year-end, which will be in August, we expect we will have 150 to 160 people here,” says Found. “Again that’s maybe a bit slower than we would like, but the reality is that’s almost doubling the current level so we have to do this at a measured pace, in order to ensure everyone is properly trained and up to speed with how we do things in this plant. There is absolutely a strong demand for the product among our dealer base. But we have to be able to grow sustainably.”
Found also notes that beyond the learning curve of its production employees, another limiting factor in the company’s ability to grow out of the gate is chassis availability. “Our production is limited in the first year because of the availability of chassis,” he says. “They have to be ordered so far in advance that once a company is out of the queue, as we were for part of 2019, it takes a period of time to get back in. We did a lot of scrambling and we have a good flow that allows us to gradually build up our production rate. But to ensure we grow properly we want to implement some new procedures and processes, and the time to do that is before the production rate ramps up. So we are taking our time, and we are building for the long-term.”

Vertically Integrated
Roadtrek’s plant is a bit unusual in the North American RV industry, in that it produces a number of internal components on-site rather than sourcing them from third-party suppliers. Part of that stems from necessity – although the town of Cambridge is a major automobile manufacturing centre, there are only a limited number of component suppliers located in the local area that don’t have 100 percent of their production pre-sold to the car plants – a consideration that sets Roadtrek apart from its competitors in Elkhart. But perhaps more importantly, vertical integration is central to Roadtrek’s approach to innovation and quality control. “In most manufacturing if you need to change a component, you have to send it back to the supplier, they work on it, then they return with a sample that might or might not be what you wanted,” says Found. “So then they go back and revise it, perhaps multiple times, and weeks go by. By comparison, we can just walk across the plant and work on a prototype right here, right away. We get exactly what we need, in half the time, and it’s a much more efficient process.”
Found notes that the vertically-integrated approach also serves as a barrier-to-entry for competitors wishing to follow a similar approach. “The cost barrier to just start doing this would be phenomenal,” he says. “We obviously inherited it, which I’m thankful for. Over all the years that the Roadtrek brand has been around they’ve always done this to some degree, and gradually brought more and more of it in-house. It’s an enormous competitive advantage. We can shift resources if need be, if we have something really important that has to be done for next week, for instance. No one else can do that. So it gives us an agility as a manufacturer that is quite unique, and which is unlikely to be matched. If we were in the position that we had to go buy all that equipment brand new right now, I would say that it just wouldn’t happen, the capital investment would be too hard to justify.”
It also provides greater overall quality control, he adds, and an opportunity to further differentiate the brand by creating custom solutions that solve unique challenges or provide unusual benefits. 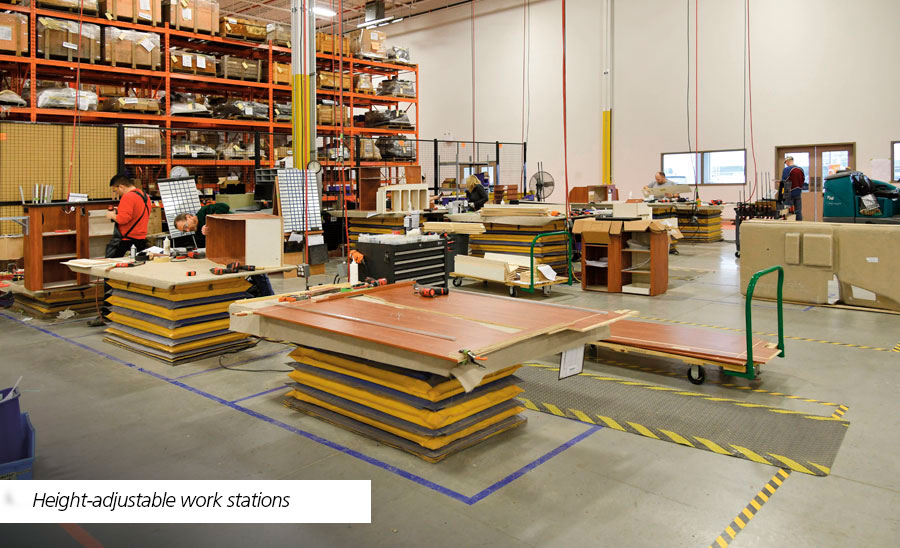 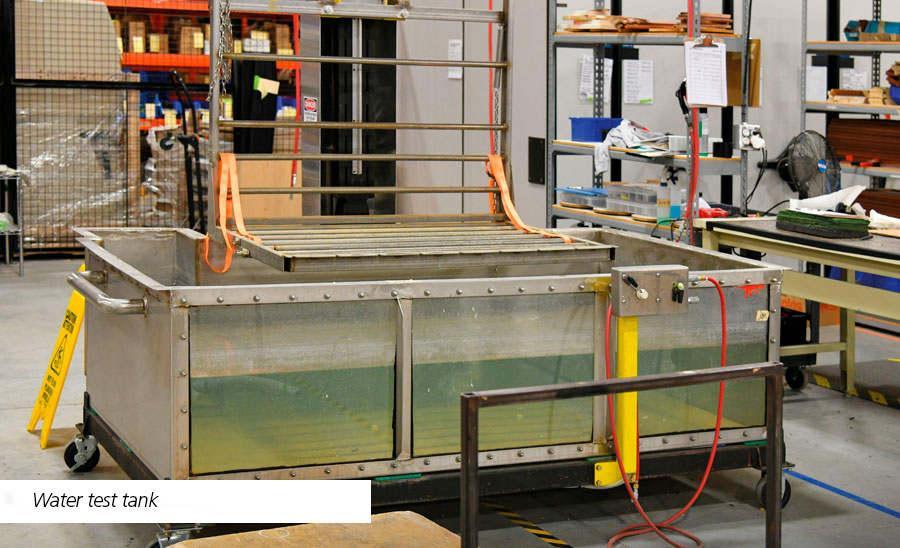 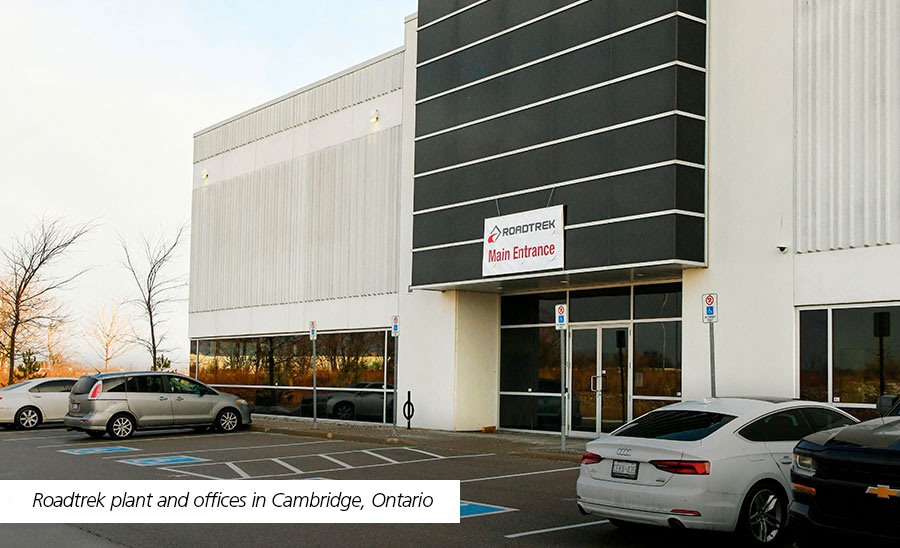 The majority of the componentry is created in a designated area at the plant’s south end, adjacent to a large warehouse that stocks raw materials. There, CNC precision routers cut raw sheet materials into smaller parts for easier material handling while minimising waste. Major components, which are pre-built in module form in order to maximise production efficiency, are located closer to the main production area. Finished modules and components are packed on large wheeled carts, each cart containing all elements to be installed at a given workstation and identified to a specific chassis. Employees at these workstations have the carts delivered to them, so as a new chassis arrives, they have everything that needs to go into it at that station within arm’s length.
Height-adjustable workstations are also utilised when installing major components into the vans. Power lifts are used to raise components – or the entire van – as required to facilitate the production process.
The Roadtrek plant is set up to accommodate three assembly lines, with only one line being used at present as the company climbs up to speed. Production to date has been of existing models built on a Dodge ProMaster chassis, while a second line – scheduled to begin running in mid-March – will create units on the Mercedes-Benz Sprinter platform. “From an efficiency standpoint, the two platforms are different enough that trying to integrate them on the same line is very difficult,” says Found. “As long as we’re adhering to the process and procedures that we’ve put in place, and our quality maintains the level that we demand, and we know our dealers want the product, then we’ll gradually step up production and continue hiring. For now at least we’ve made the decision to not go forward with the Chevrolet product, or the Ford Transit platform, which simplifies things. Industry-wide, the number-one selling products in North America right now are all built on the ProMaster chassis.” 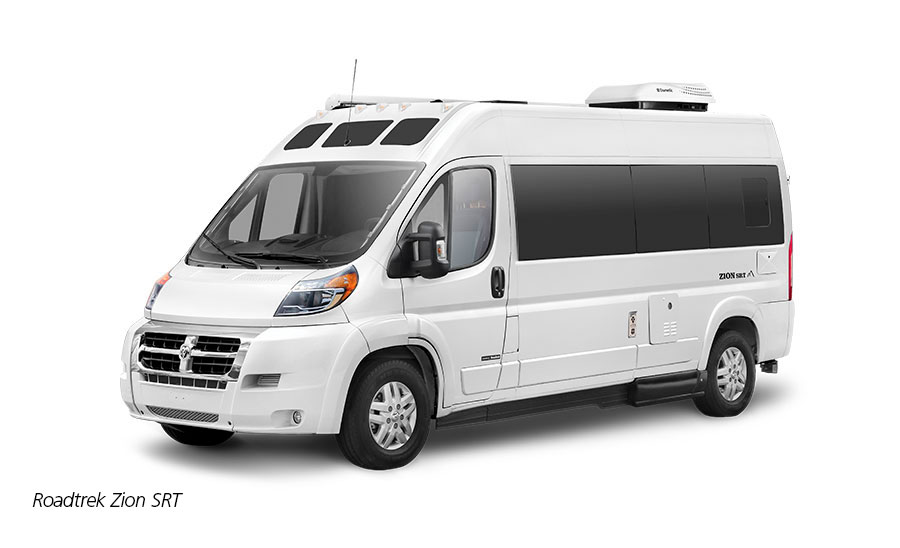 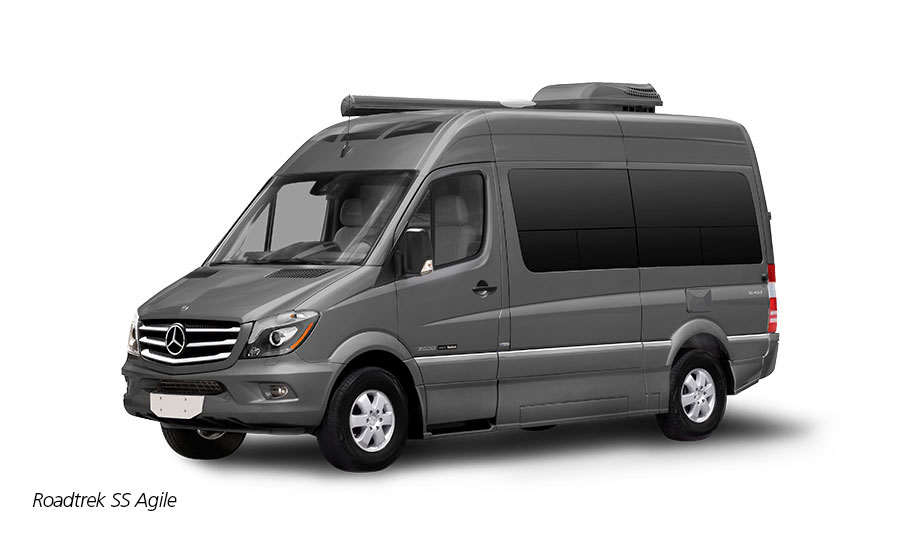 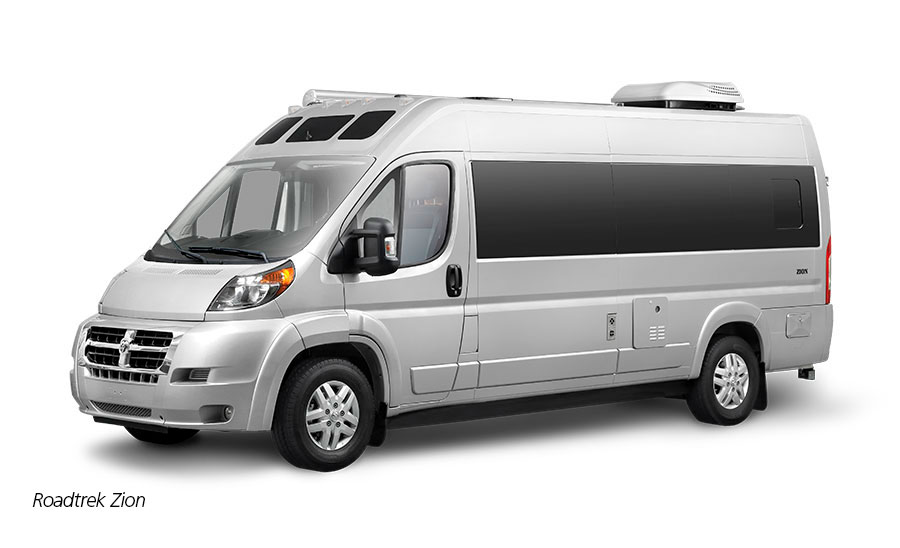 Found notes that by the time the company’s third production line comes into operation it may entertain adding a third chassis. The company showed a prototype on a Ford Transit chassis at the 2019 Elkhart Open House, which generated some dealer interest. “It really is one step at a time for now,” he says. “There are a lot of things we want to do, and we’ll get there by taking the time to build the brand back one brick at a time. I’m excited about this opportunity, and the chance to help put this iconic brand back where it belongs – as the leader in the market.”